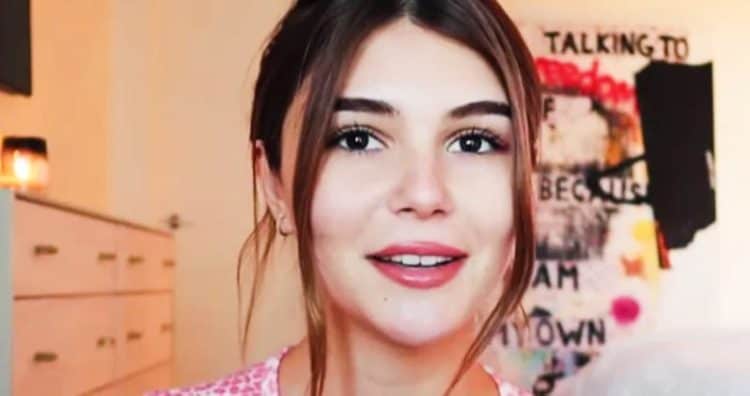 The old adage of ‘forgive and forget’ is a great way to look at things, to be honest, and in some cases when a person that’s been involved in a scandal involving college, like Olivia Jade has, it’s possible that people can at least forgive, or forget after a while. But the fact that she’s joining the cast of Dancing With The Stars, AND the other fact that she has no experience, are bound to be something that people will be using as a way to comment on the college scandal that was initiated by her parents. The funny thing, her sister Isabella Rose hasn’t really been mentioned as much, but there’s a pretty good explanation for that. Isabella wasn’t the one that opened her mouth when the scandal really hit, as Olivia didn’t remember another old adage, that ‘silence is golden’. Her comments regarding the scandal didn’t help her in the least since she fully admitted that she wanted to head to college in order to party and meet people, not to study. Added to that, the fact that she was said to be on the rowing team when she wasn’t. The reason it’s so easy to get down on her, and not forgive her part in the scandal, is that she couldn’t keep her mouth shut. One has to wonder what her time on DWTS is going to be like.

Here are a few predictions concerning Olivia Jade and her time on DWTS.

5. Her college scandal is still going to be a point of interest.

Like it or not, people tend to hold onto matters like this since she made it pretty clear that she was ready to attend college thanks to her parents’ efforts but wasn’t ready to take any of the blame for it. To be fair about this, she wasn’t the one to initiate the scandal, but she was ready and willing to reap the benefits since she had no plans for her education as she kind of alluded to, which means that she was complicit in the scam. Those on social media aren’t likely to forget about this and might even be cracking a few jokes at her expense and reminding her that no matter how much she wants this behind her, it’s going to be brought back up again.

4. People will still remind her about what she said concerning the scandal.

Even if it’s been a couple of years a lot of people aren’t going to forget since the moment that Olivia decided to jump on social media to say something she made a huge mistake. Had she allowed this to go by without comment, it might have been a lot different. But she had to get on social media like any other young individual at times and say whatever came to mind. Any apologies she’s given to this date feel about as real as a $3 bill and just as paper-thin. It’s way too easy to bash her for this scandal over and over since it’s one of those that demean those that are seeking higher education and don’t have parents that can afford to foot the bill.

3. She’s not going to be able to learn the moves that quickly.

This is one that could be proven wrong since there’s no way to tell if she’s already started practicing or if she’s just going to do the bare minimum since she wants to look good on TV and might be picking out her wardrobe and makeup for a while. Yes, that’s a dig at Olivia. But on top of that, she’s also admitted to having no experience, which isn’t a big deal since a lot of us can’t dance. But trying to learn the routines and not freezing up at the wrong moment when on the show is going to be tough, if not impossible. Some people might actually laugh to be honest, while the rest of us won’t really be surprised.

2. Jojo Siwa will make Olivia look like a complete beginner.

The young pop singer will also be headed to the show apparently, and it’s fair to think that since she’s been on stage more than once performing various routines that she’ll upstage Olivia quite easily given that she’s had more experience with dancing. Is it going to be funny? Probably, since it’s nothing against Olivia’s character at this point, but her inexperience, when compared to Jojo’s, is still going to be amusing since one can’t help but wonder why in the world some folks go on this show, save for the publicity, since not being experienced an experienced dancer makes no sense when going on a dancing show.

1. Her followers will be the only ones to refrain from hammering her about anything she’s said recently.

If you can’t imagine millions of followers still being firmly behind Olivia then you haven’t been paying attention to how show business and those that are connected to it from a peripheral manner works. Olivia will still get plenty of support since she’s offered up her scripted apology and applied her Googled words of wisdom to make people believe that she’s sorry for what happened, even if her tune was far different when it was happening.

I’d say break a leg, but some folks might take that the wrong way.