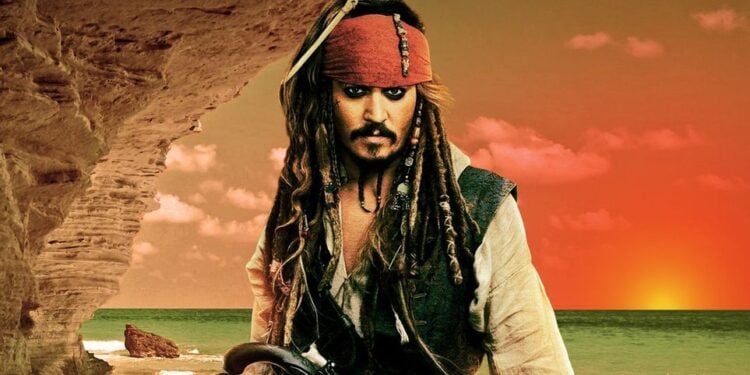 A lot of people in show business tend to say never say never, which would mean in this case that Johnny Depp saying that he would turn down any offer to come back to the Pirates of the Caribbean franchise. But on the off-hand that what he’s saying is the truth, it’s fair to wonder what might happen to the franchise after it’s been made clear that he’s not coming back. Despite what a lot of fans might want to hear, it could be time for the franchise to simply sail off toward the horizon for a while, especially since Depp was kind of the heart and soul of this franchise no matter what Disney might want to think. But if the Mouse House can find a way to wring another cent or two out of something they’re going to, and there have already been discussions of bringing Margot Robbie into the mix to see what can be done. There’s always a chance to fix things with a spinoff, but the idea needs to be sound enough to work.  Here are a few spinoff ideas that could possibly work.

Such a story feels like it would fairly easy to tell and it might be quite interesting since it would be a trip back in time considering that Jones has been around long enough to become legend by the time Dead Man’s Chest came around. There’s also the chance that Calypso, who would eventually be bound as Tia Dalma, could provide a healthy interest in this character since the idea that a man could love the sea so much that the goddess of the sea would love him back, in her own way, would make for a very tragic but compelling love story that could be used in a very effective manner.

I don’t know about the rest of you, but I really want to know more about Captain Teague and how he came to be such an influential individual. This is a captain that the other captains were seen to be apprehensive around in At World’s End since the mere thought that he would be displeased with them appeared to give every last pirate a reason to be at least a little uneasy. Learning his backstory and how he came to be one of the most respected pirates of all feels like it would go over well enough since even if Keith Richards didn’t make an appearance, it does feel as though this tale would grant some insight to Jack and the way he turned out as well.

Just seeing how the first Brethren Court came to be would be interesting since perhaps we’d even get to see how Shipwreck Cove came to be, and it might be possible to see the Code as it was first written down. It might even lead to the idea of Davey Jones telling the Brethren Court how to bind Calypso, but that might be a more fitting end than anything. In any case, figuring out how the pirates decided to come together to find some sort of unity would be kind of fun given that it’s the type of story that would untie a lot of knots and possibly fill a lot of plot holes.

2. A new series of curses could begin to appear.

It feels a little convenient that every curse at sea would be erased once Neptune’s trident was destroyed. Allowing the power of the trident to continue to work while spreading other curses that couldn’t be negated so easily would be great since it would move things ahead a bit and possibly keep things exciting since like it or not, one of the best parts about these movies have been the various curses that have been set upon the characters. Taking those away would allow things to get at least a little more realistic, but at the same time, it would take away a lot of the allure. So bringing the curses back might not appear sensible, but when thinking about the overall story, it would be a smart move.

1. The mutiny of the Black Pearl

This would require a version of Jack Sparrow, but it does feel as though an actor could be found that might fit the bill since a younger Jack would be possible to work with. But it could move past Jack since the crew of the Pearl did their own thing once they marooned Jack on the island. And to be fair, a lot of people would grumble and complain about using another actor for Jack, but it feels fair to say that this would be a fun idea since it would show what really happened during this time and whether or not the stories did happen the way they were told.  An even better idea would be to create an anthology and include as many stories as possible.