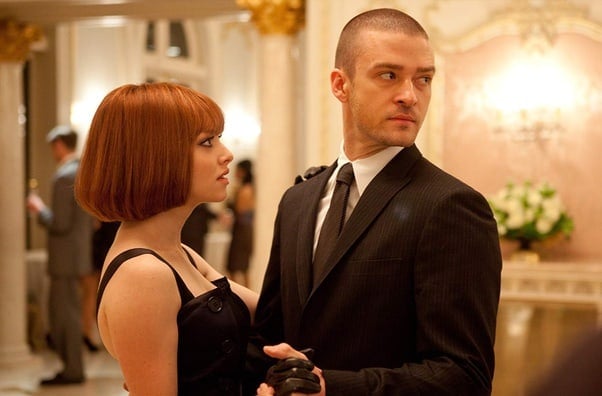 It’s a little bit frustrating to see a great concept so poorly executed, isn’t it? As a part of the audience, it’s at least a little upsetting to see such great ideas become movies that really don’t go anywhere. But as the filmmaker, it’s either incredibly frustrating to see that the audience doesn’t see the intended vision or that something went awry in the filmmaking process and the movie didn’t go the way it needed to. One way or another, good ideas tend to become skewed at times and what should turn out to be a good movie ends up becoming something that the audience would rather forget than admit could have been something if not for a few key scenes. It might sound harsh to judge a movie based on a few bad scenes, but there are those stories that can become corrupted by one bad scene and eventually just end up being trashed as the influence of that scene, or scenes, continues to spread and eventually taint the rest of the movie. Much like a contaminant in water, one faulty idea in a movie can spread out and muck everything up in a way that doesn’t really allow for an easy fix. At that point, it’s best to just keep going and hope people will understand, or possibly remake the movie later on. In some cases though, sequels appear to be the answer, but often that only compounds the problem.

Here are a few movies that might have been great if not for one or two concepts that were so horribly represented.

The whole idea of this movie is actually pretty impressive and unfortunately kind of predictive since the look and feel of the economy and the issue with prisons for profit being highlighted in a big way. But somehow, seeing Jason Statham as the tough as nails guy that can really drive the hell out of a car feels like it’s been done before. Oh, right, it has. Plus, the addition of sex appeal, the heavy use of special effects, and the attempt at a deep and thoughtful story didn’t really play out that well with the fact that the main protagonist had one apparent goal in mind, to get out of prison and recover his child. Yeah, the Death Race was a means to an end.

There might be a reason that a lot of people are better off at 10 percent when it comes to using our brains, but this movie makes the kind of leaps and bounds that one might expect when introducing a new drug that can enhance the human mind and allow to break down all boundaries and gain full use of its own facilities. But the abilities that come to Lucy while she’s absorbing more and more of the drug appear to come with a price. But shooting light out of your mouth, shedding skin particles into thin air? The drug forces your body to evaporate? Is that it? Plus, the time-traveling bit was a little odd, and she picked a couple of very random times among the myriad that could have been selected. Yeah, let’s go back to that 10 percent…

Imagine a world where you never age past 25, but the distinction between the rich and the poor is that if you’re rich, you have all the time in the world measured in decades and centuries. If you’re poor, you literally live day to day. This could have been an amazing, thought-provoking movie that would have blown the lid off of iniquity among the people, but instead, it became another cliched love story once Will managed to make his way into New Greenwich after being gifted a full century by a very jaded, upper-class individual that took his life shortly after. What could have been a movie about the ills of being immortal, or something similar, turned into a weird version of Bonnie and Clyde.

The lack of emotional content, the banning of books, all of that could have been a great part of the story and it would have been fine. Even the gun kata could have been okay until it was actually used. For one thing, the gun kata does look impressive and it’s possessed of movements that might make some kind of sense in a martial art, but the application is kind of ridiculous since, despite the fact that it teaches the user how to move through combat while dodging bullets and returning fire with superior positioning, highly-trained soldiers such as the ones in this movie should know how to lay down an overlapping field of fire that would be impossible to avoid.

Personally I liked this movie since it had a great premise and a great actor. But something about the movie just fell flat, and like many movies, it tends to feel as though it’s the fact that the last shred of humanity left in the antagonist proved to be his downfall. Very rarely do we see movies where the antagonist, if they are or used to be human, will actually go completely evil and seek to just wipe out their enemies without a care in the world. There’s always something that will stop them, one last little shred of humanity that keeps the bad guy from winning, even if victory is assured.

Sometimes the hard decisions to just go with the story instead of retreating to a comforting trope need to be made.