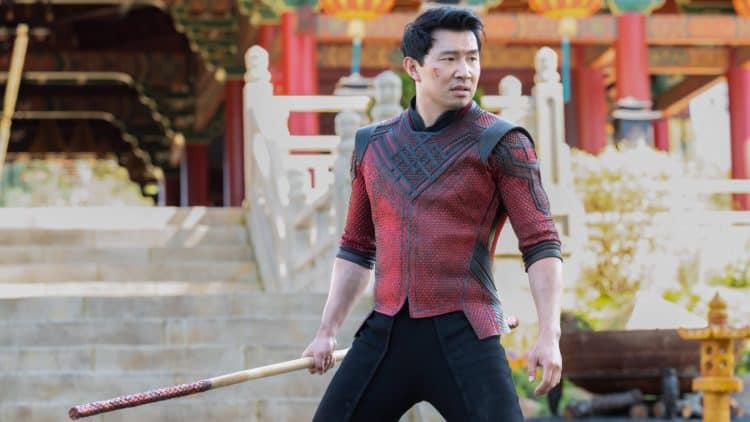 After being in development for over two decades, Shang-Chi finally hit theaters last fall and the movie helped revitalize the movie business that was struggling because of the coronavirus epidemic. Shang-Chi and The Legend of The Ten Rings stars Simu Liu as the title character who must confront his past when a mysterious organization forces him to search for the mysterious ten rings. This article will highlight the ten best moments that highlight why Shang-Chi is a great addition to the Marvel universe.

The opening sequence showcased the beautiful fighting style of the Marvel film. The narrative followed Xu Wenwu and his quest for power; however, he runs into the guardian of Ta-Lo, Jiang Li. This fight sequence had the right balance of action, slow-motion, and storytelling as well. It was clear that Xu Wenwu was smitten with Jiang Li the moment her hat flew off and the fight was more of an elegant dance. Still, the movements were smooth as butter and the martial arts style was a nice mix of grace and magic. The most notable parts are when Xu Wenwu uses the ten rings, only for the move to backfire and sent him flying into the water. The entire opening montage was perfect in setting the stage for what’s to come and giving detailed information on the world of Shang-Chi without having to go the exposition route.

Razor Fist and His Goons vs. Shang-Chi

Without a doubt, the best fight sequence in Shang-Chi and the Legend of the Ten Rings was on the bus. The fight still had a certain elegance to it, but not in the way that Xu Wenwu and Jiang Li did. While Katy’s dialogue was too on-the-nose here and I’ve could’ve done without the Youtuber commentary, the choreography for this set piece was amazing. In reality, you never actually buy that Chi was in true danger. It was his coming-out moment (I mean in fight skills, not sexuality) so he had to come out as the victor here. Still, Shang-Chi did an excellent job with playing all of the tools within the scene, whether it Simu Liu bouncing around the bus from both inside and out, to the danger of the entire bus itself on the brink of crashing. It was an exciting sequence and though the following fights in Shang-Chi are fun, they just don’t have the inventive thrill that the bus fight had.

The Training Montage was simple, but it told several stories as once. First, it showcases the difficult life Shang-Chi had to deal with following the death of his mother. Sure, he became an elite warrior by the age of 14, but he’s missed out on precious childhood years just to become a murderous solider for his father. Marvel manages to keep the story light, but Shang-Chi is one of the darker stories in the MCU. It actually would’ve been great to see Shang-Chi’s mission killing his first man at such a young age. Another notable moment was Xu Wenwu opting to not train his daughter as well. Given the circumstances involving Jiang Li’s death, it’s likely made him very protection of the young girl. However, it ultimately made her alienated from the family, though she managed to gain some elite fighting skills on her own. The training montage did more than just showcase a cool fighting sequence, it helped developed two characters at once, allowing for the audience to connect with them even more.

What Shang-Chi does well is to make their female characters look strong, yet they all have distinct personalities that separates them from each other. Watching Jiang Li fight to protect her kids was a gut-wrenching moment, made even worse by the fact that we saw the horrific moment through the eyes of a young Shang-Chi. This was more about the significance of the moment itself, which shaped the path of Shang-Chi and his family forever. Understandably, Marvel opts not to show the death of Jiang Li (though she oddly looked beautiful and clean despite fighting nearly a dozen men when we see her dead body) but focusing on the young boy’s reaction was arguably more powerful than witnessing the moment itself.

Shang-Chi and the Ta-Lo pay respect to the dead

After an intense battle against his father and the fellow warriors, Shang-Chi and the Ta-Lo eventually win the war though some casualties happened along the way. The sequence climaxes on a beautiful note as it pays respects to the fallen men and women of the war. The dragon moving around the water was a gorgeous sight to see, as well as the lit lamp under the beautiful night. It also continued the tease of a Katy and Shang-Chi romance. Simple character moments like this help balance out the action and make the cast like Shang-Chi seem relatable as human beings. It was a nice calm after the storm moment that gave everyone a chance to wind down.