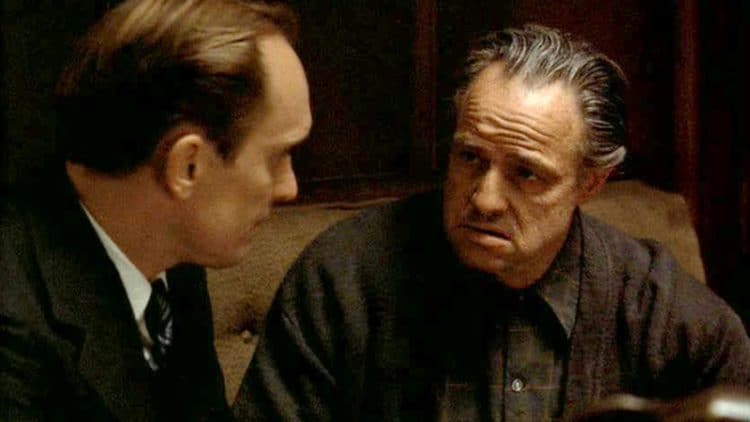 One of the most highly anticipated movies of the season will finally drop this week, House of Gucci, starring a big name cast such as Lady Gaga, Adam Driver, Al Pacino, and Jared Leto. The film is an adaptation from the novel of the same name; Following the polarizing true story of Patrizia Reggiani, an outsider who manages to marry her way into the Gucci family, the newly wed triggers a plot that sees several shocking betrayals that ultimately leads to murder. To build excitement for the Ridley Scott feature, this article will list the five best movies featuring the cast of House of Gucci. The only movies exempt from this list are animated features, so don’t expect Puss in Boots here. Let’s get started with the first movie.

A Star Is Born

The movie that officially put Lady Gaga on the map as an actress. Granted, Lady Gaga had a Golden Globe for American Horror Story; however, the singer/actress really got to flex her muscles in a film that may have been very similar to her upbringing as a music star. Gaga plays the struggling musician Ally, who falls in love with fellow artist Jackson Maine. The rising star of Ally is threatened due to her personal relationship with Jackson, who’s fighting internal demons of his own. A Star is Born feels raw, authentic, and most importantly, it’s compelling, thanks to the complex cast of characters and strong performances from both Gaga and Bradley Cooper. One of the rare remakes that does the original proud.

Once again, Spike Lee proved why he’s one of the best filmmakers out there with this fantastic feature that focuses on the first African-American detective of Colorado Springs Department, Ron Stallworth, who makes it his mission to take down the Ku Klux Klan. Spike Lee manages to seamlessly balance the different tones of BlacKkKlansman, and he tackles his political subject in a thought-provoking manner that captures the point-of-view from both sides. Of course, John David Washington and Adam Driver help bring this movie to life thanks to their amazing chemistry and intriguing views. BlacKkKlansman is a return to form for Spike Lee and is easily in the league of Do The Right Thing.

Another breakout role for both Matthew McConaughey and Jared Leto. The former plays Ron Woodroof, who’s diagnosed with AIDS and told that he only has 30 days to live. However, Woodroof seeks out alternative medicines and smuggles unapproved drugs into the U.S. Along with fellow AIDS and transgender patient Rayon, the two sell treatments under the player names of the Dallas Cowboys football team. Leto completely disappears into his role as Rayon and manages to weave the emotional shifts of the film without feeling over-the-top or cartoonish. However, McConaughey is the clear star here that carries the movie thanks to his charisma and energy. The performance of both men is matched by a strong and engrossing script that carefully explores its sensitive subject.

One of the most notable films of all-time is the masterpiece known as The Godfather. The movie not only transcends the gangster genre entirely, but its an achievement in terms of storytelling that features captivating characters. The 1972 classic is based on Mario Puzo’s novel of the same name, which centers around the powerful Italian-American crime family of Don Vito Corleone. When his son joins the Mafia, he understands the cycle of violence and betrayal that happens within. Francis Ford Coppola expertly directs a top-notch cast headlined by Marlon Brando and Al Pacino. While part III is a questionable entry in the gangster saga, you simply won’t find a better set of gangster movies. Add The Godfather Part II as another excellent film to this list as well.

One of the more underrated entries on the list. It stars Al Pacino as Sonny Wortzik, who leads a bank robbery that goes awry. During the hostage situation, the reasoning behind Sonny’s motivations is revealed and his standout against the FBI leads to a shocking climax. We’re use to Al Pacino playing the tough guy or gangster in films during this period of his career; however, the veteran showcased his versatility by playing a closeted gay character. Dog Day Afternoon isn’t particularly about the robbery itself, as it’s a character driven piece that exposes how much of a mess Sonny’s life truly is. While the ending to Dog Day Afternoon is a bit abrupt and predictable, it still doesn’t take away from the excellent study that proceeded it. Pacino is fantastic as inexperienced robber Sonny, and despite his criminal actions, you understand and connect with his character as the film moves along. One of the best films in Pacino’s filmography.