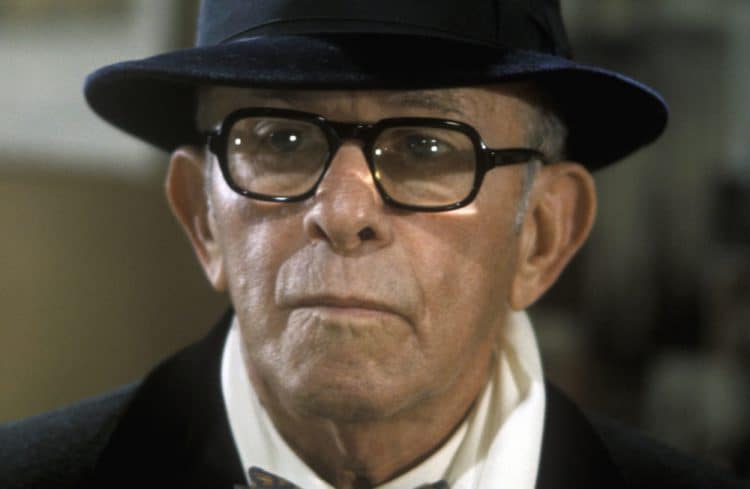 To pay homage to an actor and comedian such as George Burns would be a great honor for a lot of actors, but it would definitely take the right individual to make the part work, and yes, size would definitely be an issue, as would appearance. In the PC world Burns would still need to be played by a white individual since woke or not, depicting the character that Nathan Birnbaum would one day become requires that his legacy be taken seriously and given as much respect as possible. With such a legendary career as that which George Burns created, the idea that he could be played by anyone and be given the proper respect is easy to imagine, but what might happen is anyone’s guess. Burns was the type of individual that wasn’t bound to take things too seriously unless he had to, and he had the ability to entertain a wide number of people while alive, so it will take someone that can do the same. There are plenty of actors out there that have the kind of charisma that’s needed to make this happen, but in terms of size, there are only so many that would really be able to measure up to Burns.

Here are some of the actors that might be able to take on the part of George Burns in a biopic.

Looks and height are a big part of this role, but so is charisma, and Pacino has had that quality in spades for quite a number of years and has continued to develop throughout the length of his career. He hasn’t always been known for comedy, but the biting remarks he’s capable of coming up with and delivering can be entertaining since he’s the type of guy that can level an audience with his eyes. Simply expecting him to step on stage and wear the role isn’t quite enough, but given what he has to offer the audience it’s very likely that Pacino could take this part and run with it in a very convincing way.

Like others on this list, it’s Martin’s size that keeps him in the running most of anything, since it’d be a wonder to see if he could change up his accent and make something happen that might be acceptable enough to audiences. He’s a great actor and someone that can make people believe in what he’s doing, but at the same time, he’s lower on the list simply because he’d be more of a second or third option that would need to be kept in reserve. For various characters, he does feel as though he’d be able to pull this off, and yes, he has posed as an American in the MCU, but as George Burns, it’s easy to think that he might find it a challenge.

People still feel a certain way about Joker, and about Joaquin’s acceptance speech, but the fact is that he’s a great actor and has managed to create quite the career for himself. But this would definitely be another challenge to take on simply because it would push him towards another part of his personality that we don’t see that often. But it could be interesting since it could pull a bit of comedy from him that we’re not used to witnessing on a regular basis. Plus, it would be interesting to see him in a biopic that would feature a good deal of drama as well as comedy, hopefully at least.

Stanley Tucci feels like an overlooked individual when it comes to the big screen since he’s played a large number of roles and has been everyone from the villain to one of the unsung heroes that doesn’t seek credit but definitely wants to help. In this case, it does feel as though he’d bring a certain level of expertise to the role of George Burns that would be seen as dignified as well as masterful since Tucci is someone that can be depended on to deliver on a role when he manages to pick it up. He might actually be seen as kind of a pain in the backside in this role but in the best of ways.

His was the first name that came to mind when thinking about this part for some reason, but if he could pull it off then it would likely be one of the best roles of his career simply because playing someone like George Burns would be a feather in any actor’s cap. Plus, Waltz is already a proven gem when it comes to show business since he’s been one of the better acts in recent years that has been fully enjoyed by so many. Plus, he can be funny, which is a big plus.

It would take a great performance to pay homage to Burns, and any one of these actors could do it.