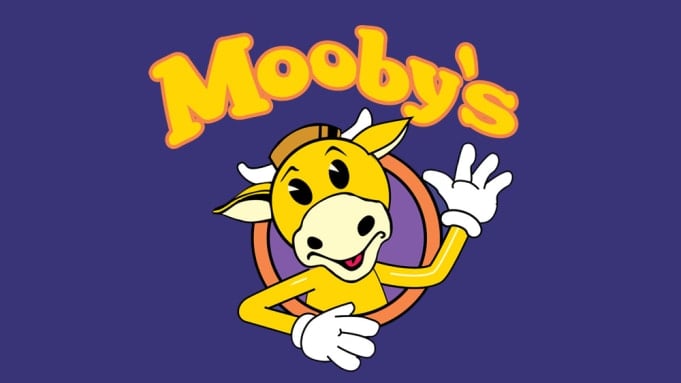 Mooby’s is no longer a fictional byproduct of Kevin Smith’s imagination as the famed director has decided to help those in need during the COVID-19 crisis and has managed to kick into gear Mooby’s Delivery Service. Many fans of Smith’s movies likely remember the fast food restaurant and fake pop culture sensation that’s been featured several times throughout the years, as it’s been utilized in a few different ways as a massive prop to push the story forward and as a major setting to give Clerks 2 the boost it needed at the time. As of now though Mooby’s will be opening with a full menu later this year as Steve Seigh of Joblo has stated and will be including a messy lasagna sandwich, hater totz, and chocolate-covered pretzels. Yeah, definitely think on that before just digging in since tasty or not, the thought of is just kind…..ugh. But in all seriousness the effort is going to be something that will likely help out those that don’t want to go out and are in the mood for something tasty and different considering that not all of us are wizards in the kitchen like some fortunate individuals. Every now and then it’s nice to order out and get something nice and simple or at least something that’s comfortable and perhaps a bit quirky, and Mooby’s is likely to be just that.

No one really knows how long this mess is going to keep up, but one thing is certain, more and more people are doing their part to help those that are in need, and as much as I and many other writers have criticized the stars or commented on the odd things they’ve done over their careers, one thing is certain. A lot of them are stepping up to the plate and making contributions that are at least helpful if not wide-reaching at all times and are acts of charity that some people might not want to accept but just about everyone would be wise to look at and say ‘thank you’. It might be a publicity stunt with some folks to make sure that people don’t forget them, or to foster goodwill in some way that will remind people when the virus is gone that they were there to help out, but like it or not, it’s a helping hand that’s there when it’s needed the most and whatever the motivations are behind it, for personal gain or just to be kind, the result is that people are getting what they need as much as possible at the moment. It might not always be enough at every turn, as this is a big nation and there are a lot of people out there that are hurting at the moment, but it’s a move in the right direction as people are reminded that despite the less than desirable traits that humanity carries, there are also moments when kindness and concern for one’s fellow human beings is absolutely necessary and will drive people to do the right thing.

One reason that anyone can hope that celebrities would be helping out at this point is the reminder that they reached their current position through the love and admiration of the fans that paid for their movies, that wanted to keep watching them, and that are enamored of everything they’ve done. Celebrities don’t exist without the people that want to sit down for their performances, which makes it obvious that without fans, they wouldn’t have the career and the millions upon millions of dollars that have helped to make them so successful. That’s why giving back at this point is just as important at this time since it shows the appreciation that the stars need to have for those that have put them where they are essentially. No one’s demanding their fortunes or their homes, but it’s nice to remind the celebs that their mansions, their jets, their cars, everything they have pretty much relies on their ability to wow the fans and get them to pay out for their lifestyle. No fans=no money, so quite honestly those celebrities that are making the effort to reverse the flow and help where they can are doing it right, and it’s highly appreciated. Mooby’s is likely to be kind of limited in its reach and range, but it’s still something that is bound to be appreciated for what it does and for those it employs as they’ll be out there helping the economy in their own way and risking their health just as much for the rest of us in these trying times.

It’s easy to think that the celebrities have it good, that all they have to do is throw money around and be deemed a saint, but when you think of it they aren’t required to do this, so those that do, whatever the reason, are actually being pretty decent people.