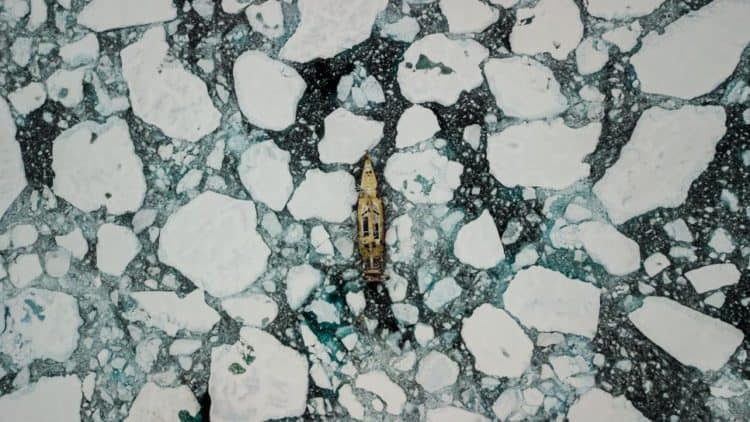 If you love a good adventure, you’ll definitely love Disovery’s new docuseries, Expedition to the Edge. The show follows Captain Clemens Gabriel and his family as they make the long and dangerous journey through the Northwest Passage. If you paid attention during history class, you’ll probably remember that the Northwest Passage has a reputation for being very treacherous. Not only will the waters themselves pose some challenges for the family, but the weather certainly won’t help either. Since COVID-19 has put a lot of our adventures on hold for the foreseeable future, this show is a great opportunity to live vicariously. Keep reading for 10 things you didn’t know about Expedition to the Edge.

1. The Crew Has No Formal Training

Making a trip through the Northwest Passage is a challenge for even the most experienced sailors, however, Captain Clemens and his crew don’t actually have any formal training. Of course, this makes things a little more difficult but with their determination and hard work, they’re ready for any obstacle that gets thrown in their way – and there will be plenty.

2. The Family’s Boat Is Decades Old

Captain Clemens and his family didn’t make the journey on some brand new top of the line boat. Their boat, The Infinity, was built in 1975. By the 90s, the boat was in a junkyard in California which is where Captain Clemens found her. Over the years, he’s put a lot of time into restoring the boat and despite her age, she runs like a champ.

3. The Weather Was Unusually Cold

At the start of their journey, Captain Clemens and his crew were at least expecting the weather to be somewhat tolerable. After all, the temperatures had reached record breaking highs for several summers before they embarked on their journey. Unfortunately, once they get out to see they’re faced with the exact opposite. They ended up having to sale through the lowest temperatures the middle passage has seen in about 25 years.

The process of filming Expedition to the Edge actually started back in 2018 which is when the cast began their journey. As you can imagine though, this wasn’t exactly the quickest journey in the world. It took the cast nearly a year to finish traveling through the Northwest Passage.

5. The Kids Are Pros At Being At Sea

Some people may be a little put off by the fact that Captain Clemens has decided to take his children on such a dangerous journey. But it’s important to keep in mind that his kids aren’t new to life at sea. The family has been traveling by boat for many years and two of his children were actually born on boats.

6. The Cast Was One Of Only A Few To Try Embark On The Journey

There aren’t too many people lining up to take a trip across the Northwest Passage. When the cast began their journey, they were one of about 24 ships. However, as the temperatures began to drop, some boats decided to turn around which resulted in even few people taking the entire trip.

7. Captain Clemens Is From Switzerland

There’s no doubt that Captain Clemens will likely become a standout cast member on the show and people will want to know as much about him as they can. His energetic personality and direct leadership style make him intriguing to watch. Captain Clemens was born in Switzerland but was raised in Germany.

8. The Crew Is Made Up Of People From All Over The World

We were unable to find an official cast list for the show, but based off of Captain Clemens’ past journeys, there’s a very good chance the crew will be made up of a diverse group of people from different parts of the world. In the past, the crew has consisted of people from Brazil, Mexico, Canada, England, and other places.

9. Expedition to the Edge Isn’t The First Time The Family Has Been On Screen

If Captain Clemens looks familiar to you, that could very well be because you’ve seen him before. Expedition to the Edge isn’t the first time he’s been featured in an on screen project. He was also featured in a 2016 documentary film called Sea Gypsies: The Far Side of the World.

If you fall in love with the show and want to keep up with Captain Clemens and the rest of the crew, you can do so easily on social media. Although the show doesn’t have an official Instagram account, Captain Clemens does. He and the crew regularly post on Instagram and share fun photos from their adventures.