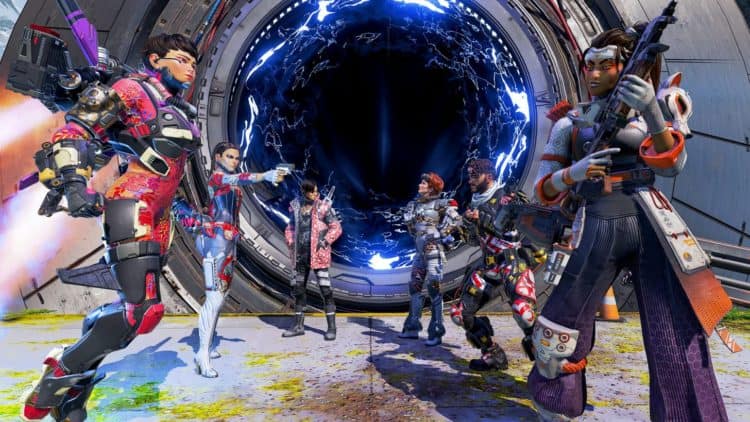 Arenas is a brand new game mode that features 3v3 round-based matches similar to games like CSGO and Valorant. The first team to win three rounds with at least a two-point lead wins the game, unless the match ends in a 4-4 tie – then the game will end in a Sudden Death tie-breaker round.

Kairi “Valkyrie” Imahara is the daughter of Apex Predator “Viper” and has salvaged the remains of her father’s Northstar Titan long after his death. With Rampart’s help, she has now fashioned it into a jetpack that honors her family’s legacy. She’s now entered the Games under the name “Valkyrie.”

Valkyrie definitely seems like a force to be reckoned with, and I foresee her pick rate skyrocketing with this new Apex Legends Legacy update. (Get it? Please, someone get it.) 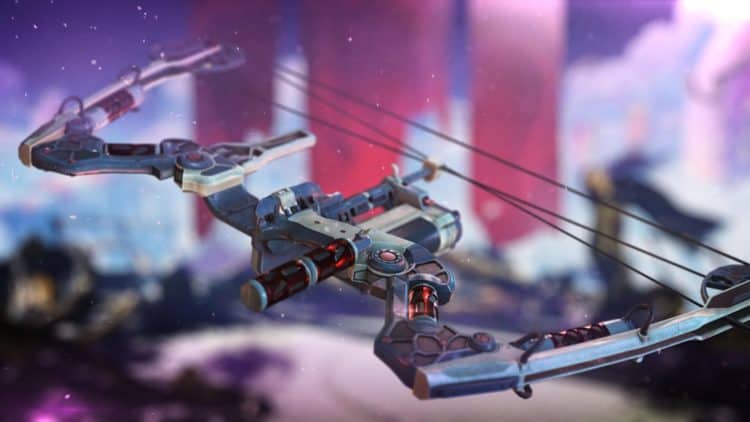 The Bocek (pronounced bow-check) is a brand new weapon introduced in the Apex Legends Legacy update. It’s a compound bow that rewards a skilled and confident hand. Holding down fire will allow you to draw the bow over a short time, which increases the power of the shot, with maximum power giving optimal damage and projectile speed. If you’re looking to produce the best sustained damage, the best way to go about that would be to repeatedly fire the Bocek right as it reaches max power. The Bocek also utilizes a brand new ammo type called Arrows (who would’ve seen that coming?), which are unique to this weapon. Arrows will be harder to find around the map, however, fired arrows will stick into surfaces and remain in the world for players to pick back up and reuse. For optics, the Bocek can equip the 1x HCOG classic, 1x Holosight, 2x HCOG, 1x-2x Variable, and 3x HCOG optics. There are also two brand new hop-ups that are entering Apex Legends: Shatter Caps and Deadeye’s Tempo, and both hop-ups will be able to be equipped on the Bocek simultaneously.

According to EA, “A fleet of mysterious ships have made their way to Olympus and brought with them an otherworldly, parasitic plant that has begun to take root along the surface. The lead ship, The Icarus, has docked with the city and changed the landscape for good. Fight through the claustrophobic halls of the ghost ship, search corpses for a mysterious key card, and walk away as the last squad standing.” To make sure that everyone gets a chance to check out the latest map update, Olympus will be the only map in rotation for the first week of the new season that comes with the Apex Legends Legacy update.

Every single Legend will have one emote unlocked at launch, however, you’ll be able to get your hands on additional emotes via Apex packs or crafting them. Feel free to equip your emotes to the emote wheel and have some fun with your squadmates, just try not to be toxic about it. In an effort to combat three-peeking while using emotes. Respawn has implemented a feature called “Anti-Peek” which prevents your character from being able to see enemies that you wouldn’t be able to see in first-person view (since emotes force your character into third-person view). Anti-Peek is enabled on all emotes and there is no way to disable it. This is a great feature and one that other developers might be able to take from when implementing emotes in competitive settings.

If you choose to purchase the premium Legacy Battle Pass, you can use it to level it up to unlock new skins like Rampart’s “Crafty Kitsune” at Premium Level 25 and Wraith’s “Demon’s Whisper” at Premium Level 50.

And that’s everything you need to know about the Apex Legends Legacy update! I can’t wait to hop in and try out Valkyrie and the Bocek!