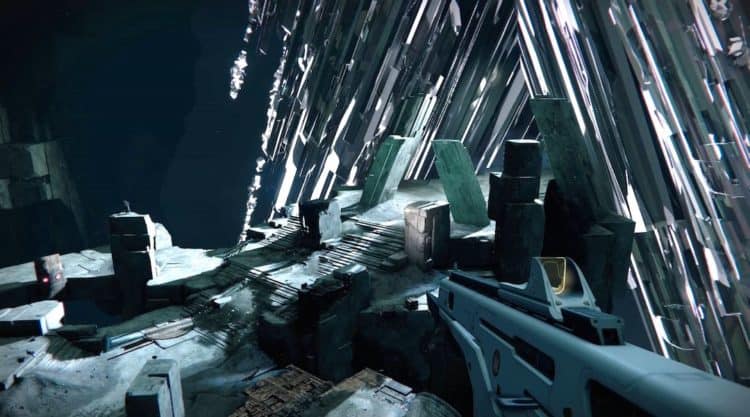 The Vault of Glass raid, as well as Atheon, have returned to all Destiny fans, veterans and New Lights alike, and while the second biggest challenge in the raid was overcoming Contest Mode, that’s no longer an issue as Contest has now been disabled and all players are free to try their hand at defeating Atheon, Time’s Conflux, in the Vault of Glass, without worrying about being 20 Power below the recommended level. This makes the raid a breeze if you can get your team coordinated, which is the biggest challenge in Vault of Glass. So, now that the Vault of Glass is available for all players, you may be wondering how on Earth to complete the raid and defeat the final boss, Atheon. While I would certainly recommend watching a video walkthrough as it will allow you to see what you need to do in real time (I highly recommend watching this video by Rick Kackis here!), I’m here to give you a brief rundown on how you can defeat Atheon in the Vault of Glass raid in Destiny 2.

Before we begin, we need to talk about what weapons you should be bringing into the Atheon encounter. My team brought a couple of Anarchy Grenade Launchers (with Breach and Clear) for Boss DPS, Snipers for Oracles, and a primary to handle Harpies and Supplicants. A few people used Xenophage to pop Detain cages for the damage phase and Oracles, which is a good idea considering Xenophage 1-taps the Detain cages, but it’s up to you. We also had a Well of Radiance Warlock, a Bubble Titan, a Hunter running Celestial Nighthawk, and 3 Chaos Reach (meme beam) Warlocks for damage phase. We’ll go into further details for each of the phases, but for now, try to base your loadout on the above (at least until Redeem figures out how to one-phase Atheon with Swords or something.)

As soon as you begin the Atheon encounter, there will be a few Harpies that spawn in the back right and back left, you’ll want to split up into a couple of teams to take down these Harpies, but you are not going to kill all of them. If you leave a single Harpy on each side alive, then that will prevent another wave of Harpies from spawning, leaving you a few less enemies to deal with. After you kill most of your airborne Harpies, there will be a couple of yellow bar Quantum Harpies that spawn on the ground in front of the Vex platforms. Kill them just to get them out of your way, and you’ll be good. First section done.

After a short period of time, there will be a text pop-up in the bottom left corner stating “Atheon opens up the timestreams.” What this means is that Atheon will randomly choose three members of your fireteam to transport to 2 different planets: Mars or Venus. If you are transported, you need to call out to the people who did not get transported which planet you’re on (Mars looks like a desert, Venus looks like a Jungle), so that they know which Vex portal to open up (Mars portal is on the left, Venus portal is on the right.)

If you are teleported…

There will be a relic that appears in front of the Vex portal which someone needs to pick up; there’s a couple of ways you can go about completing this part, but my suggestion would be to run to the back of the area (pop the Hydra in the middle with 2 Anarchy shots and run), turn around and wait for Oracles to spawn. Once the Oracles spawn, you will need to shoot them in the order that is called out from the non-teleported side. Shoot 3 rounds of Oracles (hop up to the respective portal after round 2, so that you can get closer and do some more damage on Atheon when the time comes), and then hop back through the portal. If you’re holding the relic, you’ll need to cleanse the rest of your team a few times as they get “Marked by the Void” and their screen darkens (you can cleanse by holding the “block” button), but you’ll need to make sure that you cleanse everyone as soon as you come out of that portal. Once you’ve come through the portal, pop Atheon with a couple of Anarchy shots to proc Breach and Clear and then go to town with Supers.

If you are not teleported…

Have one or two people head into the middle of the arena and wait for Oracles to spawn. These callouts will need to be crystal clear, so make sure that you don’t have everyone talking over each other, because it will get very stressful if no one can hear the callouts. Supplicants will begin spawning and you’ll need to make sure to clear out as many as possible (unless you’re going for the challenge), so that you can stand on the plate to open the correct portal for the people who were teleported. If you don’t clear out those Supplicants as soon as possible, you won’t be able to open the portal, because they will explode the second you step onto it. My suggestion is to wait until 2 rounds of Oracles have been cleared out before you try to step on a plate, since the portals only need to be open in time for the 3rd round of Oracles. As soon as you see “Guardians make their own fate” in the bottom left corner of your screen, immediately pop Atheon with a couple of Anarchy shots to proc Breach and Clear and then go to town with Supers. Do not wait for the teleported players, or you’ll miss out on some decent chip damage.

Damaging Atheon is fairly simple: have your Well of Radiance Warlock drop their Well in the middle of the arena (where the Gatekeeper spawned in the last encounter), have a Titan drop a Bubble with Weapons of Light behind the Well, and then after Breach and Clear is activated have as many Chaos Reach Warlocks pop their Supers and just beam Atheon. The biggest thing about damage phase on Atheon is that someone will receive a debuff that throws you into a detain cage just like the Templar encounter. Make absolute sure that if you are the one with this debuff that you hop away from your team as fast as possible, or you will imprison them within your cage as well, and force a wipe. As long as you can repeat this process 2-4 times, you’ll be solid and eventually kill Atheon in the Vault of Glass.