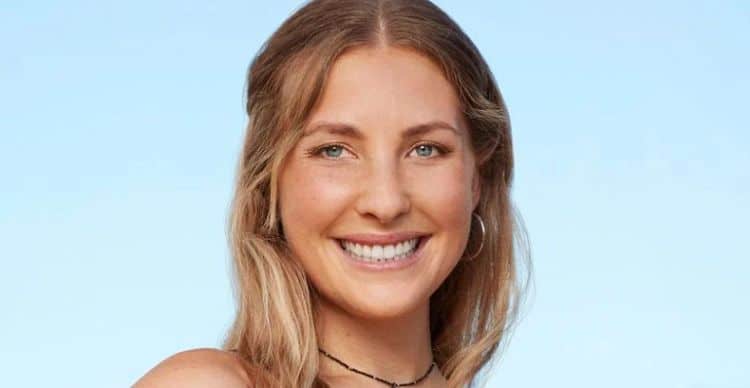 Over the last few decades, technology has evolved in ways that have made it easier than ever for people to connect with each other. At the same time, though, dating has become increasingly difficult for lots of people. As a result, there are many who are willing to go to extreme measures in the hope of finding love and Emily Berkun is one of them. Emily is a cast member on season four of Temptation Island, and she’s ready to find the man of her dreams. On the show, Emily and several other single women live in a house with a group of men who are currently in relationships. The men and their girlfriends have agreed to be part of the show as a way to put their relationships to the test. What may end up being a loss for another woman on the show could be a major gain for Emily. Or, Emily could ultimately decide that she isn’t interested in any of the guys and choose to enjoy her time on the island for what it is. We’ll all have to tune in throughout the season to see how her story on Temptation Island ends. Keep reading to learn 10 things you didn’t know about Emily Berkun.

Emily is a true east coast girl through and through. She was born and raised in a village on Long Island called Lynbrook. Emily is very proud of where she’s from and she has lived in New York for most of her life with the exception of going away to college. That said, if she ends up making a genuine connection on the show, she may have to be open to relocating. The cast members on Temptation Island come from all over the country which can make things a little challenging for those who are serious about trying to find love.

2. She Is a Registered Nurse

Beauty and brains is the kind of combination that everyone looks for in a partner and Emily can proudly say that she has plenty of both. Emily earned a bachelor’s degree in family and consumer science from the University of Maryland in 2014. While at the University of Maryland she also joined a sorority called Alpha Epsilon Phi. The following year, she enrolled at Phillips School of Nursing at Mount Sinai Beth Israel where she began studying to become a nurse. After earning her associates degree, she completed her studies at Western Governors University in Utah. She currently works as a perioperative nurse at Greenwich Village Ambulatory Surgical Center. She loves what she does and she is very passionate about helping her patients. At the same time, however, her job can be very demanding which hasn’t left her with much time to explore her love life. Her nurturing nature is something that will probably be very attractive to the guys on Temptation Island.

3. Family Is Really Important To Her

Anyone who is fortunate enough to come from a close-knit family understands how special it is to have tight bonds with their loved ones. Emily is a very family-oriented person and she enjoys spending time with the people she loves the most. Since Emily is a fairly private person, we weren’t able to find many specific details about her family such as whether she has any siblings. However, posts on her Facebook account make it clear that family is at the top of her priority list. This is another thing that the guys on Temptation Island will find appealing about her. It’s unclear whether Emily would like to start a family of her own.

Social media has become so popular over the last 20 years that there are now lots of people who can’t imagine life without it. From double tapping friends’ pictures to laughing at viral videos, social media has become a major source of entertainment. For that reason, it’s fairly surprising that Emily doesn’t seem to be an active social media user. Facebook is the only platform where we were able to find an account for her and she hasn’t posted anything since 2017. More than likely, however, Emily will decide to join the social media world at some point. After all, being on a show like Temptation Island means that she will have a large group of people who would love to follow her. If she’s able to build a big enough audience she could eventually become an influencer and make money by marketing products to her followers.

5. She Hasn’t Done Any Other Reality TV Shows

There are quite a few people on this season of Temptation Island who have either already done some work in the entertainment industry or have aspired to. From what we can tell about Emily, she doesn’t fit into either of those groups. She doesn’t have any prior on-screen credits and there’s nothing to suggest that she’s ever attempted to be on any other reality shows. Now that she’s gotten the opportunity to get her foot in the door, there’s a chance that she may decide to look for other opportunities in front of the camera. Over the years, we’ve seen quite a few reality TV stars who have managed to stretch their 15 minutes of fame into several years because they’ve done multiple reality shows or gotten into acting. However, since Emily has a career that she loves, she may decide to simply return back to her ‘normal’ life once the buzz from Temptation Island dies down.

If Emily does end up making a connection with someone on Temptation Island, he better be a dog person. Emily loves dogs and in 2015 she started a fundraiser to raise money so that her dog, Aero, could have eye surgery. She was successfully able to raise $950 and her pup was able to undergo the procedure he needed. Anyone who has had a dog understands just how accurate it is to say that these animals are man’s best friend.

When some people hear that Emily is from New York they may automatically assume that she’s a city girl that isn’t used to experiencing the beauty of nature. That couldn’t be any further from the truth, though. While Emily may not be an experienced outdoorswoman, she does like to spend time outside. Whether she’s attending a game with friends or spending a day out on the water, she loves to soak up beautiful days. Needless to say, she probably really enjoyed her time on Temptation Island because it offered no shortage of beautiful views.

One of the interesting things that has changed about reality TV over the years is that it’s no longer an industry that is primarily made up of people in their late teens/early 20s. These days, reality stars can literally be any age. At 29 years old, Emily is on the older side of the Temptation Island cast, however, she certainly isn’t the oldest cast member. Since 30 is the age that many have been conditioned to believe is the beginning of them getting ‘old’ it’s also a time when lots of people feel like they should be more settled when it comes to their relationships.

9.  She’s Been Single For Several Years

As mentioned before, Emily is a pretty private person (at least for now) so there isn’t a lot of information out there on her dating history. We do know that she has been single for a while but it’s unclear whether she has ever had a serious long-term relationship. However, her career has made it somewhat difficult for her to find the time to date and get to know people. If she doesn’t have much relationship experience, that could be an issue on the show since all of the guys she will be getting to know already have an understanding of what it’s like to be in a serious relationship. While going on a show like Temptation Island may seem crazy to some people, for others it feels like the only way to have a legitimate shot at building a connection with someone. There aren’t many other times in life where a person will get the chance to meet someone without having to deal with the distractions of everyday life.

10. She Is All About Having Fun

Emily’s schedule may be pretty hectic, but you know what they say: work hard, play hard. Emily is all about living life to the fullest and she loves hanging out with her friends and going on adventures. Whether she’s traveling and sightseeing or going to concerts, Emily knows how to kick back and have a good time. This is yet another thing about her that will definitely get her some attention on Temptation Island. Since all of the guys she will be getting to know have been in long-term relationships, they may see her as a breath of fresh air and a nice change of pace from what they’ve been experiencing.