Home
Entertainment
“Downton Abbey: A New Era”: Where Else Have We Seen Hugh Bonneville? 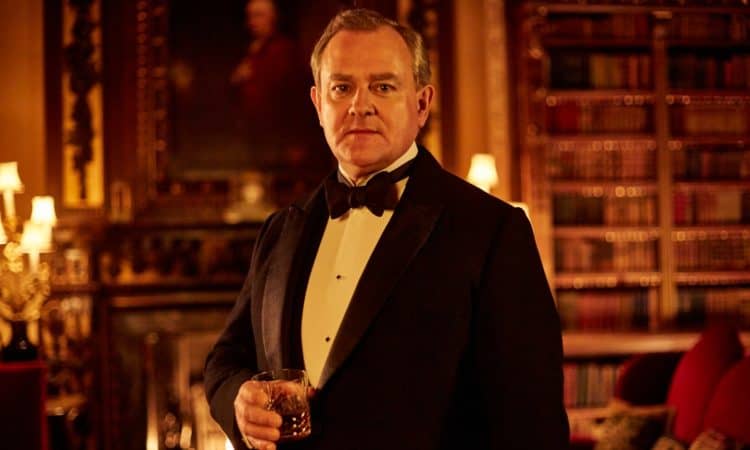 The Crawleys are back for another Downton Abbey movie. The ensemble cast, composed of Hugh Bonneville, Laura Carmichael, Jim Carter, Raquel Cassidy, and many others, are coming together to feature yet another adventure of the “upstairs” and “downstairs” people in Downton Abbey. We’re also expecting two upcoming The Crown cast members to appear in the sequel: Imelda Staunton, who is reprising her role as Lady Maud Bagshaw, and Dominic West, in an unannounced role. The first movie was critically acclaimed by reviewers, scoring an 84 percent certified fresh on Rotten Tomatoes. Writing for MovieFreak, Sarah Michelle Fetters commented that even those who haven’t watched the original series will be delighted with the film: “I shouldn’t have been worried. While Downton Abbey will undoubtedly please fans of the series more than it will newcomers to the material, this movie is nevertheless a great deal of breezy fun. Not particularly substantive, never aiming to do more than send the audience out of the theatre with a jolly smile planted upon their faces, none of that matters much as far as the grand scheme of things is concerned. Fellowes has written a shrewdly mischievous script that overflows in agreeable subplots, director Michael Engler (The Chaperone) orchestrating the action with a relaxed confidence that suits things just about perfectly.” With director Simon Curtis (Goodbye Christopher Robin) helming the next movie, we should expect the sequel to be as equally comforting as the first one.

What should we expect to see in Downton Abbey: A New Era? The movie’s official trailer indicates that the family, including perhaps a few people from the staff, will make a trip to France, prompted by the unexpected news that Cousin Violet (yes, she’s still alive in the second movie) has inherited a villa in the southern region of the country. Hugh Bonneville, Laura Carmichael, and most of the characters make appearances in the trailer. However, Matthew Goode seems to be missing from the teaser. It hasn’t yet been confirmed whether he will return to the sequel, according to TV Insider.

Hugh Bonneville portrays the main character in Downton Abbey, the kind and lovable Lord Robert Crawley, the Earl of Grantham. But where else have we seen the British actor in? Bonneville has appeared in many projects over the past decades, most of which have been produced in the United Kingdom. He’s also lent his voice to children’s shows, like Thomas & Friends, and documentaries, like Country House Rescue. Here are a few projects that Hugh Bonneville has appeared in in the past.

We can’t possibly make a list of works Hugh Bonneville has appeared in without mentioning the series that’s made him a household name. Many people were introduced to the Earl of Grantham, as well as the rest of the Crawley family, in the first Downton Abbey movie. The movie is a sequel to the highly popular series of the same name, which ran from 2010 to 2015. Hugh Bonneville appeared in 52 episodes of the series, starring in the lead role opposite Laura Carmichael. Hugh has many interesting behind-the-scenes stories about Downton Abbey. In an interview with Kelly Ripa and Michael Strahan, Bonneville admitted to having stolen something from the set, according to Vanity Fair: “I did liberate a letter from a character [played by Matthew Goode] called Henry Talbot, who really emerges quite clearly in Season 6, inviting [the Crawleys] to race a car or something,” Bonneville told the Live! with Kelly and Michael hosts. We admit, this admission made us wonder whether Barrow pillaged the entire mansion by the time Bonneville made it to the set on the last day. Why else would you want some note from a character who didn’t even come into play until the last season? But letters seem to be what Bonneville is into.”

When he isn’t reigning supreme over Downton Abbey as Lord Robert Crawley, Hugh Bonneville is Henry Brown, the middle-class, middle-management patriarch of the Brown family, in the film adaptations of Paddington and Paddington 2. Bonneville starred in the movies alongside Sally Hawkins (The Shape of Water), Julie Walters (Harry Potter), and Jim Broadbent (The Duke). Bonneville himself confirmed to BBC that there will be a third Paddington movie, according to Variety, saying that there was a “forward momentum” as far as the film’s production is concerned.

In To Olivia, Hugh Bonneville plays a real-life person, the author Roald Dahl, while Keeley Hawes stars as actress Patricia Neal. The movie portrays the marriage of Dahl and Neal as they try to accept the death of their daughter, Olivia. To Olivia is Bonneville’s last film prior to the new Downton Abbey movie. Featuring the film for Financial Times, Danny Leigh described Bonneville as an unlikely Roald Dahl.

Hugh Bonneville is Lord Mountbatten in Viceroy’s House, opposite Gillan Anderson as Lady Mountbatten. The movie was directed by British-Indian director Gurinder Chadha. The Pakistani poet Fatima Bhutto criticized the film, describing it as a “servile pantomime” that ” scandalously misrepresents the historical reality.” Writing for The Guardian, she continued: “The benevolence of the Mountbattens and, by association, the British Raj is laced throughout Chadha’s film. The second world war, we are told at the start by another pair of Indian valets, has exhausted the British and that is why they have “announced” they will be leaving India. There is no mention of the freedom struggle, Gandhian civil disobedience and resistance that brought the empire to its knees without firing a shot. Nor of the persecution and imprisonment of India’s independence leaders, successful economic boycotts of the industrialised British behemoth or the savagery and theft of imperialism (at least three million Indians died in the Bengal famine, a man-made disaster). It is simply that the British were “exhausted” – and that, too, by the Germans.”