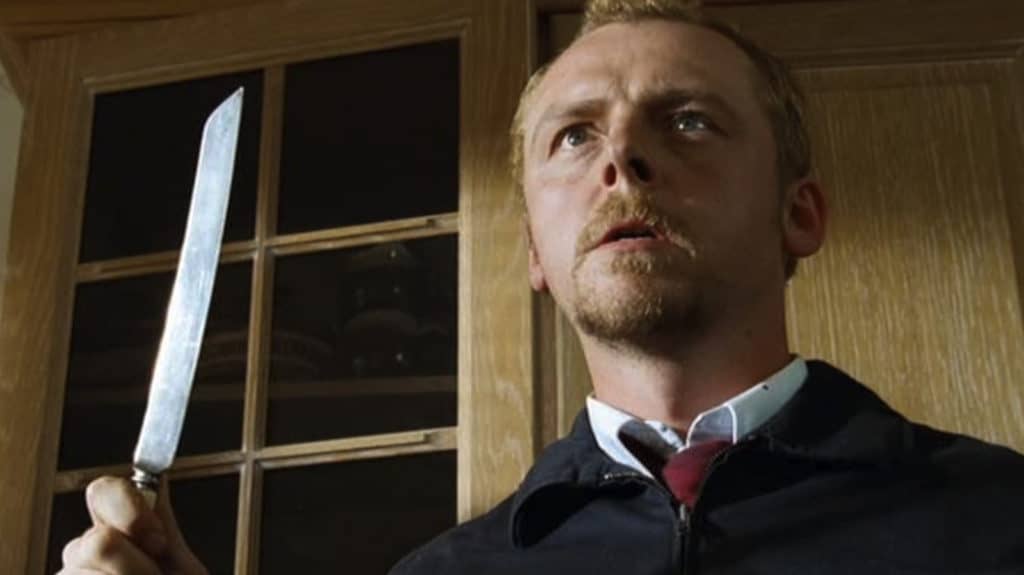 This might be kind of disappointing since there are still plenty of people that were apparently hoping for a return to the ravaged world of Shaun of the Dead, but the reality of it is that Edgar Wright, the guy behind the story, has no intentions to ever bring this story back. Obviously, the idea of never saying never is something that many in Hollywood would say is still prominent as ever, but this is one of those times when it feels safe to say that it’s never going to happen. There are reasons why another Shaun of the Dead movie shouldn’t happen, and I’ll go into it here in a second, but the clamoring for this sequel is kind of funny in an insane kind of way since people simply don’t understand everything that goes into the process of making a movie. Plus, trying to understand the sudden interest in bringing this story back to life is sure to confuse a lot of people, not because there’s no longer any interest in it, which there is, but because it’s an idea that’s been dormant for a while, at least until Halloween comes around.

It’s not too hard to think that since Shaun of the Dead was released back in 2004 it’s no longer that possible to see how things have progressed. Seriously, 17 years later one would think that the world has either fallen completely or the issue has been taken care of. Some might want to cite the example of The Walking Dead, that years can pass in which the infection could have ravaged more than what we saw, but the fact is that by the end of the movie, the issue in Shaun’s neighborhood had been handled, and the zombies had been put to good use. Trying to move on from that feels kind of silly, not to mention that the story might actually be far less appealing considering that trying to continue it would likely come down to someone being careless or someone seeing a need to start the outbreak again.

The next reason is that pretty much everyone has aged quite a bit since then, which would facilitate the need for a lot of changes. While change is usually good for a lot of stories it’s possible that this might only make things a little more ridiculous, and not in a good way. There’s also the question of whether the remaining actors, there weren’t many really, would want to come back. It’s been established that Wright completed his ‘Cornetto trilogy’, so it’s fair to think that he has no plan at all to bring this story back in any way, shape, or form, and yet it also feels as though people are going to say whatever they believe it will take to change Wright’s mind. In the history of show business, this has a track record that has just as many hits as misses so it’s fair to say that people are going to keep talking, pleading, and possibly plotting to see how they can make this happen. Hey, some folks don’t like to give up when it comes to something they want, and it’s been shown in the past when fans start signing petitions that, unfortunately, some folks in show business actually listen.

But with Shaun of the Dead, it’s a bigger possibility that this isn’t going to happen since there’s not a lot to get be gained from extending the story, at least not in the short term. The fact that there are so many zombie movies and TV shows available these days makes it easier to think that Wright is correct in saying that he said what he had to say with this movie and should be moving on. Whether the fans like it or not, and it’s already been established that they won’t like it, this story has reached a fitting conclusion that was a bit silly but was still kind of amusing since putting the zombies to work and using them for entertainment purposes was kind of an inventive idea that didn’t require a lot from the fans since it was a ridiculous but entertaining bit that made use of something rather than make people wonder what the impact of so many dead bodies being burned or put in the ground would be.

On top of that, Simon Pegg and Nick Frost have gone on to do a lot of other interesting projects, and getting Pegg back for a sequel might be impossible anyway considering the idea that he’s a rather busy guy. Plus, this many years later, it’s fair to say that Frost’s character, Ed, would have rotted away to nothing at some point, since almost two decades of rotting feels like it would be enough to reduce a zombie to little more than bones and a few scraps of flesh. Look what’s happened to the walkers on The Walking Dead after all.