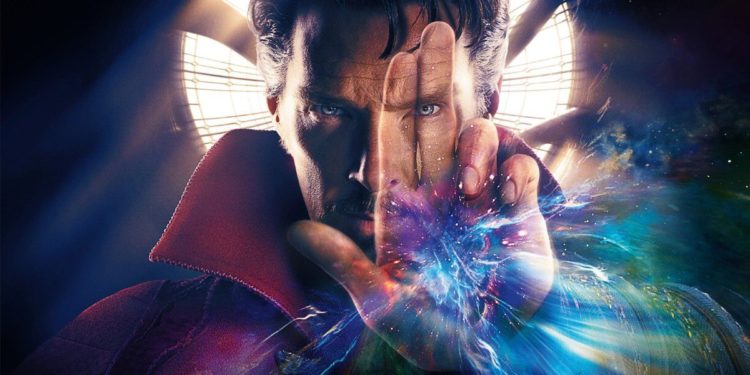 If one takes note of the individuals that DIDN’T take part in Civil War they might notice a trend that indicates why it’s best they didn’t, and it’s because the most powerful Avengers in terms of strength and skill would have tipped the scales in a big way. But getting past the idea of Thor and the Hulk, Doctor Strange would have been a seriously powerful asset for either side to have during the conflict since in the comics it’s been seen that he favored whichever side would present the best options for everyone, which wasn’t how things shook out if comic fans can recall. Strange ended up staying out of the fight as he didn’t want to follow Tony Stark and he didn’t want to side with Captain America since he thought that the conflict wasn’t bound to end well. When even Reed Richards sided with Iron Man, Strange decided to sit it out and stayed out of things. In the MCU it’s fair to say that had he been a part of the fight, things might have still been wildly unfair.

This is, after all, a character that can jump between one point in the world and another, trap people in a mirror dimension, and call upon any number of magical spells that can harm or contain those around him. Had Doctor Strange entered the fight he would have spelled certain doom for those on the other side, since his abilities are able to outstrip just about any other individual that showed up in Civil War. In the MCU, Strange stands out as a powerful magic user that’s only hampered by his humanity, and if he does cut loose and lets things flow as they will, his magical abilities have thus far been proven to be limitless if he’s willing to do whatever it takes to win a fight.

The only reason that he might not have been effective in Civil War would be due to the idea that he didn’t really have a stake in the fight at that time given that he hadn’t taken part in the tragedy that befell Sokovia due to the Age of Ultron. The disconnect between the heroes in the MCU has been a major stumbling block at this point since the manner in which they’ve been introduced has made it far less possible to connect the MCU in the same way that the Marvel universe has worked for so long. One has to recall that a lot of these heroes have, in the comics, known each other, or known of each other, for many years, and going back to retcon things would likely anger a lot of fans since it would take a great deal of work, not to mention that it might require new actors for old roles and a confusing explanation about the multiverse once again that would only continue to confuse things in a way that would create even more frustration. Let’s just say that if Strange had been a part of Civil War then he would have decimated one side or the other and made it fairly easy for either side to claim victory.

With his magical abilities and feats, he could have created a serious power shift that would have seen one side fold rather quickly, which would have made the outcome very different indeed. Adding Thor and Hulk into the mix would have only been worse since it’s tough to say which side Hulk would have landed on, but it does feel as though Thor, who doesn’t like working under restraint of any type, might have landed on Captain America’s side. Just imagine how that would have affected the fight and you’ll get an idea of how Civil War in the MCU would have played out. Thor and Hulk were off doing their own thing during Civil War, but Doctor Strange was better off staying out of it. It feels fair to say that even Wong would have cautioned him to stay away since putting regulation on the Sorcerer Supreme or pitting him against the same government that he was bound to help from time to time wouldn’t have been a wise choice. Neither way offered that great of an outcome.

Civil War was, amazingly, not the reason why the Avengers split. It’s certain that something would have happened, that things would have come to a head at some point. The split in the team was coming, there’s no doubt of it but had Strange entered the picture, or Hulk, or Thor, the battle would have gone very differently, and it’s possible that the end of the Infinity Saga would have been affected in due course. No matter how many differences there are between Civil War in the comics and the MCU, Doctor Strange would have been an ace for either side, and the outcome probably would have been worse.