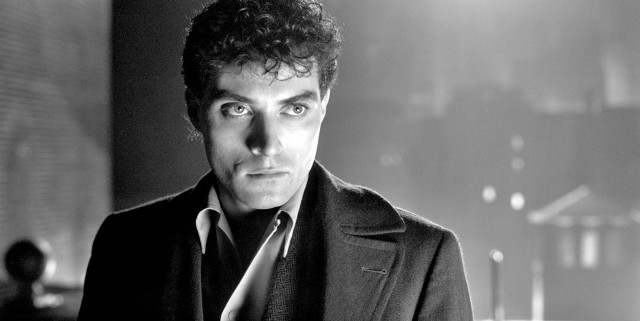 This sounds like an interesting idea and a bad one all at the same time, and it’s a bit confusing. Dark City was an enjoyable movie back in the late 90s, but it felt almost incomplete in a way, as though it could have gone on longer, or been given a sequel, or even made into a trilogy. Some might say that this sounds impossible since the setting was within a city that was adrift in space. But then how would a show work? One answer could be that there are plenty of individuals within the reaches of the city that might have come awake before John Murdoch, as he was told that every now and then someone did wake up. But the Strangers would have been quick to put those people back to sleep, and possibly eliminate them if they became too troublesome. But one thing that the doctor, played by Keifer Sutherland said, was that none of them knew where they’d come from, meaning that these were people that had been abducted from earth no doubt as experiments, and had been floating in space for an indeterminate amount of time as living experiments of the Strangers.

Also, as a dying race, the Strangers had been using deceased human bodies as their vessels, meaning that they’d been there long enough that some of the ‘stock’ had perished in one way or another, though it does feel that some of those deaths might have been purposeful and not natural. The sense of time and the understanding of the Strangers and where they came from is very vague in this movie, and the means by which they abducted so many people were never fully explored during the course of the movie. All that was known was that they were looking for that elusive thing that humans call a soul. Somehow, they believed that this would give them what they wanted, which was still kind of hard to figure out since they were a collective race that shared everything and knew very little about what it meant to be individuals.

As expansive as the city is, the movie could be about events that happen well before John Murdoch comes along, which would be a wise move since it would open up a lot more stories that could possibly happen and create the series, since trying to recreate Murdoch’s tale would be a quick way to end the series since it’s not too certain if he wiped out all the Strangers, but the term ‘Dark’ City wouldn’t exactly be applicable given how the movie ended and how John decided to shed a little light on the city. But coming in before Murdoch’s story would be interesting, and perhaps not giving any of those the power to tune as he did would be a good idea since it would make things a little more difficult. It might even be kind of cool to see this as an anthology series simply because there are a lot of people in this city and there are likely a few good stories that can be told by those that wake up out of the untold thousands that are in the city.

Fans of the movie might even be more inclined to watch if there are a few familiar names in the mix, such as those that Murdoch dealt with, in order to really get the ball rolling and make it a little more enticing. One has to remember that it was stated that each person within the city had lived numerous lives before Murdoch woke up and started mucking things up for the Strangers. That doesn’t necessarily mean that the people in the city are immortal, as obviously, they’re not, but it does mean that in the course of their time in the city, they had all been through one life after another as their minds were altered to react to the reality they were given with each injection. Imagine it, being poor one night and cursing your lot in life because you can’t get ahead, being richer than you might have dreamed the next night, and having no recollection of the life you’d been leading before. That’s a scary type of thought to be certain.

It’s an intriguing idea to be certain, and one that could do a great deal of good to bring attention back to Dark City, but it’s also a little risky too since it could end up causing a massive loss of interest as well. Explaining too much would be a bad idea since otherwise there’s no mystique left to it. But explaining just enough might make this a popular movie once again, at least for a little while. In any case, it sounds like a series that could be kind of fun to watch if it’s done just right.