After eight seasons, Brooklyn Nine-Nine officially said goodbye with a nine-episode order that saw the stories of Jake Peralta, Ray Holt, Terry Jeffords, Rosa Diaz, Amy Santiago, Charles Boyle, Hitchcock, and Scully officially wrapped up. In terms of critical reception, Brooklyn Nine-Nine has a pretty good score of 88% on rotten tomatoes out of 26 critics: however, a season-low of 44% for the audience score. Plus, Brooklyn Nine-Nine was completely shunned when it came to Golden Globe nominations. Now, here’s the thing, the world drastically changed since the season seven finale in April 2020. Obviously, the murder of George Floyd sparked a huge change in our country and the way many view police officers. In turn, the creator did state that they would address the topic on the final season, but did Brooklyn Nine-Nine really need to tie in real-world issues into their plot?

Being a Black man, I don’t have the viewpoint that all cops are inherently evil. I have no issues watching cops shows because it’s based on fictional stories. Sure, Brooklyn Nine-Nine is no stranger to tackling racism within their series, but that wasn’t the main subject of the wacky police comedy. Brooklyn Nine-Nine didn’t particularly need to incorporate the real-world aspects into the final season, though I do understand the reasoning why. At the end of the day though, Brooklyn Nine-Nine isn’t a serious, thought-provoking, and politically charged show, and by allowing the politics to take over the final season was notably clunky throughout. When Brooklyn Nine-Nine is being its silly self, the writing often succeeds. Take the cold open of the season premiere; There’s a balance of seriousness and wackiness that gels well together. Jake and Charles’s stupid high-five device provides a hilarious moment, which is actually aided following Diaz’s announcement that she quit the force. This results in a wacky set of antics that reminds you of the classic Brooklyn Nine-Nine. However, when obviously corrupt Frank O’Sullivan is introduced, the show starts to feel disjointed. Like I stated previously, Brooklyn Nine-Nine has tackled racism before but the difference here is that O’Sullivan feels more like a cartoon character than an actual layered human being. There’s no nuance or subtlety behind his actions, nor do we even understand why O’Sullivan is the way he is. The worst part is that Frank isn’t even the main storyline throughout the final season! Frank disappears by episode eight, making the question of what the point of bringing him onto the show was for. I’m not going to bash the writers for trying to tackle such an important issue; however, the layer regarding the subject is deeper than what the show portrayed. Plus, the corrupt cops story derailed most of the momentum that the show had throughout the season. If this was going to be the route that the writers wanted to take, then it should’ve been the main focal point.

The Holt/Kevin storyline wasn’t particularly necessary either. On paper, the plot of Holt trying to win the love of his husband back is a good idea and The Lake House episode provided several funny moments; however, the main issue with this was that there was no dissension between the couple in season seven. If this was always the planned route, why not showcase Holt and Kevin growing apart throughout the season and then have them officially break-up in the season finale? That way, it would’ve spared the writers the need to shoe-in a seemingly last minute and clunky exposition about their break-up in the season premiere. The whole Holt/Kevin story feels forced because none of the problems that broke up the couple were ever documented in the first seven seasons of the show. The only natural story throughout the final season is the Jake and Amy saga. The writers did an excellent job of progressing their relationship throughout the series and highlighting the struggles that the couple were going through in the early portion of season eight. When Jake announced that he was leaving his job for good in the finale, the decision felt organic, and it made sense due to the development that was documented throughout the series. Unfortunately, the political messages did ruin the final season of Brooklyn Nine-Nine. Let’s be clear about something, this was NOT a terrible season. However, there’s no denying that it wasn’t up to par with the past season. There’s nothing wrong with tackling the systemic racism within the police force, but Frank O’Sullivan and his story never gels with the rest of the series. The issues presented were blunt, and the solutions never truly provided any context behind this sort of characters. It’s a shame because Brooklyn Nine-Nine has done a great job of incorporating real life issues into their stories in the past. Unfortunately, this shift in the narrative made season eight an average to sometimes good ending to the once beloved sitcom. 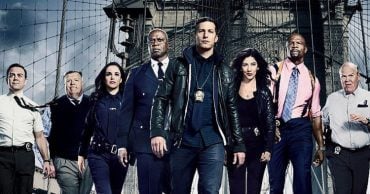 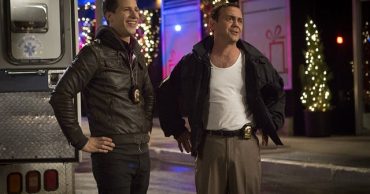 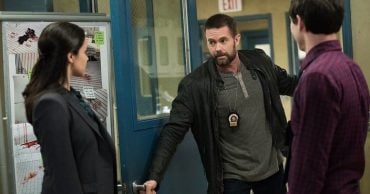 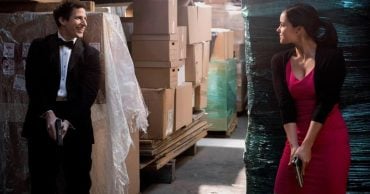