Home
Entertainment
Has The Golden Globes Lost Its Prestige? 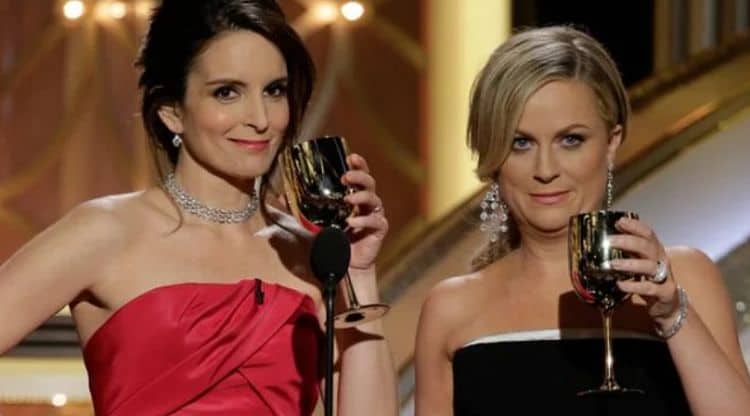 The Golden Globes has recently announced their latest nominations; however, it comes after a wave of controversy following the 2021 ceremony. The controversy started when it was brought to the attention by hosts Tina Fey and Amy Poehler that the Hollywood Foreign Press Association (HFPA) hasn’t had a single black member on counsel for the last 20 years. The situation only got worse from there, with one of the most notable being the Emily in Paris nominations; Best Television Series – Musical or Comedy and Lily Collins for Best Actress in a TV Series – Musical or Comedy. Many critics and fans were angry that Michaela Coel’s I May Destroy You was completely ignored by the awards show. Even Deborah Copaken, a writer on Emily in Paris, stated that I May Destroy You deserved nominations over her television series. As the investigation regarding the Hollywood Foreign Press Association deepen, it also revealed an ugly truth that isn’t too surprising given Tinseltown’s lack of diversity, which was that more than 30 members visited the set of Netflix’s Emily in Paris and were gifted a two-night stay at the five-star Peninsula Paris hotel by the Paramount Network.

The string of controversies prompted Tom Cruise to return three of his Golden Globe awards. NBC also confirmed that they would not air the 2022 Golden Globes. Netflix, Amazon Studios, and Warner media stated that they were boycotting the yearly event. Back in May, the HFPA members voted in favor of a proposal to overhaul the organization; The president of the Hollywood Foreign Press Association did acknowledge the controversy this past Monday, stating that the group was working to be better, with a reported 21 new members added, six who are African American. There’s also been a ban on gifts, favors, and implemented diversity and sexual harassment training. Notably, is the silence that networks, studios, and actors had over the Golden Globes awards show nominations. Despite the group taking charge to make changes, it appears that most of Hollywood has shunned the once prestigious event that kicked off the big awards season. So, in light of recent events; Has the Golden Globes lost their prestige? Hell, maybe the better question is, did the Golden Globes have prestige in the first place? The yearly awards show is usually a precursor for the Academy Awards, who’s no stranger to controversy when it comes to the lack of diversity.

Here’s the thing, unfortunately, the Golden Globe’s name has been tainted in light of recent events. Hollywood’s diversity and racism issues is no secret at this point. The first Golden Globe awards show took place on January 20, 1944, and a Black filmmaker has yet to win the best directing category! This also goes for the Academy Awards. However, the lack of wins from black, minorities, or women itself isn’t the issue, it’s the documented history of Hollywood purposely ignoring most filmmakers who didn’t fit into their boy’s club. The news of the Hollywood Foreign Press Association not having a single black member isn’t shocking. Neither is the fact that Emily in Paris nominations were mostly due to the perks that came with it. It means that the Golden Globes aren’t choosing their picks based on quality material. The Oscar shares the same boat in this as well. Both events have been tainted because of the lack of integrity that has gone into the voting process. I’m not someone that demands diversity in each single category presented. If a category has all white actors or directors and it’s been based purely on talent and not on skin color or politics, then there’s nothing wrong with that.

Stephen King said it best, diversity shouldn’t matter when it comes to art. Only quality. It doesn’t matter if you’re Black, Latino, Asian, or White, your talent should be the focus. However, there’s too many times when the politics game was more important. Who could forget when Ava DuVernay was purposely left off the Best Directing category because the Oscar voters didn’t like the fact that she protesting an important cause that she believed in? There are so many examples of how racism or sexism in regards to these events that it’s hard to know whether the nominees were chosen because of their skills, or something else. The importance of having a diverse voting system allows for voters to expand their taste in films and culture and be wise to the current status of the industry as a whole. The Golden Globes are damaged, but it’s not impossible for the awards show to regain its prestigious honor. All they have to do is judge talent based on quality. No politics, or any other bulls**t like that. I’ll definitely take time, but changes rarely happen overnight.