Home
Entertainment
Darkseid: The Five Actors Who Can Play the Lord of Apokolips 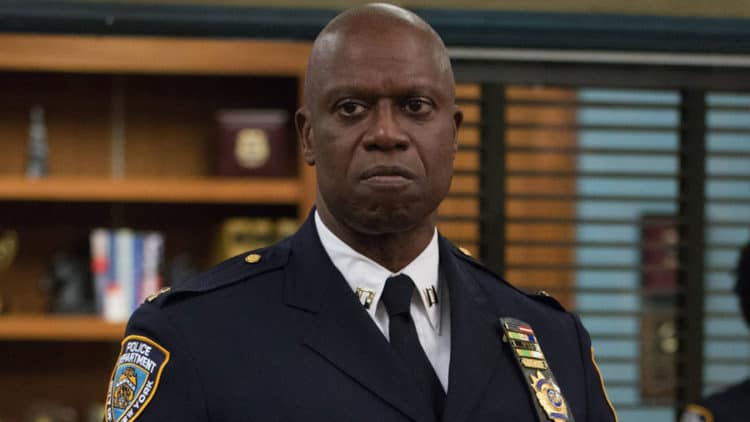 Marvel has Thanos but before he came on to the page, there was Darkseid. This supervillain was created to be an intergalactic alien version of Hilter. If that sounds cliche to you, then I highly suggest you read some DC comics with him in it. Darkseid is one of the greatest foes of the Justice League and rules over the dystopian planet of Apokolips. He is tyrannical, immensely powerful, and basically a dark god. He is the ideal personification of pure evil and one of the few villains to make Superman bleed. I know, I’m hyping him up a lot, but that’s because he’s literally the Thanos of the DC universe, only stronger. Thanos was a great villain for the Marvel Cinematic Universe, so it’s only fair that the DC Extended Universe should get their own mad titan.

The Justice League movie confirmed that Darkseid does exist in the DCEU and that he has his red gaze set on Earth. Now that we know he’s in the DCEU, the next step is finding an actor to play him. Given his status as one of DC’s greatest villains, the casting of Darkseid should be taken very seriously. It just so happens I have a short list of actors who I believe will do the Dark God some justice. The list is small, because I think not too many actors can pull this performance off, but I picked a good set of talent.

Enough wasting time. Let’s discuss the top five actors who can play Darkseid. This list was short, but very tough to make. I have done my best.

I’m going to kick off this list with an actor of color. This is for a specific reason, as Darkseid is rumored to be debuting in Ava DuVernay’s New Gods movie. DuVernay is a director of color herself and makes race a central point in her biggest movies. The best example of this is Selma, a historical drama film about Martin Luther King Jr. DuVernay is clever on her approach to utilizing race in this movie and you can bet she’ll cast several actors of color in her New Gods movie.

That being said, a phenomenal actor of color who can play Darkseid is none other than Denzel Washington. Washington is talented because of his ability to play both the good guy and the bad guy. That’s something not too many actors can pull off, but he does it brilliantly. Even when he’s not a villain, Washington can play a character with collective calmness, but can also convey anger. It’s this kind of acting chops that would make him suitable for Darkseid. The ability to remain calm while also showing his anger is what would make his performance of Darkseid terrifying. No yelling or profanity needed, just a calm, yet commanding voice.

Is Denzel Washington the only actor who can pull off the unflustered, but dominant character? Not at all, as there are other actors who can rival that ability. One of them is Spanish actor, Javier Bardem, a guy who won an Oscar for playing Anton Chigurh. His performance as that villainous character echoes the core of Darkseid’s sinister personality. Whatever elements that make him human, he lacks them completely. Anton, much like Darkseid, is completely vacant of compassion, remorse, or mercy. Bardem pulled this performance off brilliantly once with Anton and he can do it again with Darkseid.

Walking Dead fans will certainly remember this actor. David Morrissey gave us a version of The Governor that shook us to the deepest core. He was able to make The Governor look like a mild-mannered, almost charming type of bad guy. What was scary about him was his unpredictable lapses of rage. For one moment, he can be calm and friendly, then the very next he would kill you in a brutal fashion. This kind of unpredictability is exactly what makes Darkseid a frightening villain. He likes to sit on his throne and he’ll listen to his minions talk, and while he’s calmly listening to them, he remains in his seat and will spontaneously snap. When I say “snap,” I mean he uses his unavoidable Omega Beams to incinerate them until they become a pile of ashes. It ain’t pretty, but it reminds everyone on Apokolips who’s in charge.

David Morrissey played that exact kind of villain as The Governor. People feared him not because he was loud and brash, but because he would snap at any moment. I mean, the guy slaughtered his whole army without warning. He made the The Governor twice as scary and that’s the kind of performance we need for Darkseid.

Wait, Liam Neeson as a bad guy? How can that possibly work?! Well, just calm the heck down and let me explain for a minute. Yes, Liam Neeson is known for playing the big action hero, but let’s not forget about his deep and distinctive voice. Neeson can play almost any character and if you close your eyes, it’s impossible to miss his voice. If Neeson really wanted to, he could use his voice to speak as some menacing villains. Why he doesn’t do it more often is beyond me, but he can put it to use as Darkseid. The Lord of Apokolips with the voice of Liam Neeson? Now that only adds to the scary. Plus, Neeson is a big guy and one talented actor. I just can’t figure out why he’s not a superhero or supervillain already.

My number one choice already played Darkseid, but not in live-action. Andre Braugher already voiced the Dark God in the short animated film, Superman/Batman: Apocalypse. Whenever I saw him on screen, I heard a voice that sounded more human than alien. It was commanding, vindictive, and had some serious power behind it. Braugher would talk as a calm Darkseid in some scenes, but when Batman or Superman made him angry, he toned it up to nerve-wrecking levels. I honestly don’t care if he’s already voice the character, DC needs to bring Braugher back. His voice acting captured the pure malevolence that makes Darkseid the villain that he is. If Ava DuVernay intends on bringing in Darkseid, I hope she gives Braugher a call.

Those are my top five choices for who should play Darkseid. Agree or disagree, this villain needs to be a serious threat in the DCEU. He’s going to need some time to be built up, but when he does arrive, I expect his presence to dominate the screen like the biggest elephant in the room. Be prepared, Thanos, because your successor may be arriving soon.