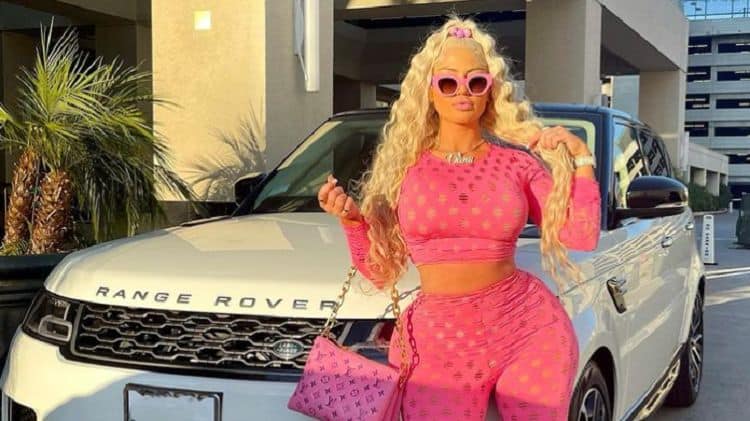 Danii Banks is an Instagram influencer. She’s not someone who has a lot of information about her on the internet – but that’s her choice. She makes that happen. She’s a girl who grew up in a small town, with a happy family, and she decided she would take a different career path. She became a career bottle service girl, a stripping dancer, and now an OnlyFans star. She’s insanely famous online for her body, her beauty, and her outgoing personality. She’s not worried about how you think of her because she’s doing well in her life, and she’s happy with the path she’s chosen. Here’s everything you need to know about her.

1. There’s Little Information About Her

She has a team of people who go out and make sure that most of the content about her is not published or deleted. She doesn’t want information floating around the internet about her that she doesn’t approve of first. Her team is working hard for her, and she appreciates it.

She once had a man contact her because he was catfished thinking it was her. This man thought that he was online talking to Danii Banks, and he paid for an airline ticket for her to come to visit him, and the woman at the airport was not Banks – and he reached out to her. She felt bad for him, but he made the mistake.

3. She Encourages People to Look at Verified Pages

She no longer feels too bad for people who are catfished. She knows that she wouldn’t talk to someone famous who didn’t have a verification checkmark on their social media pages. She feels it’s common sense at this point, and she won’t sit back and feel bad for people who know better.

4. Her Name Was Used for a Sex Trafficking Ring

At one point, her name was used for something horrible. Someone decided to use her name to send to a lot of Instagram influencer-wannabes, and they were flying people to Kansas City to meet up for a huge marketing campaign. It turns out that whoever was behind the scheme used Banks’ name to try to trick some women who wanted to meet her to come out. When the police were notified, they called the feds because it turned into a sex trafficking ring.

She was brought up in a small town not too far from Detroit. She spent her entire life there, and she even went to college there for a year. Her family is super close, and she is happy with her parents and her siblings. She had a great childhood.

6. She Had a Great Childhood

She wanted to be a fashion merchandiser. She went to Miami when she was 19, and she was going to do big things. She met a woman at work at one point who told her she would make some big money do some bottle service jobs at night. That’s when she realized she could make so much money doing it, and she knew she could continue to do big things in other venues in the same industry.

She was arrested when she was a teenager for underage drinking. When she was in her early 20s, she was arrested for a DUI. Her parents decided to bail her out the first time that she was arrested, but they refused to pay for her DUI. That’s when her friend found an underground club in New York City that would pay them to give lap dances. She made $1200 that night, and she decided stripping was for her.

She’s happy she’s no longer stripping for a living, but she’s happy for a reason that might not seem like the common reason. She definitely likes to dance. However, she is happy that she’s not in the club because she would get drunk every night to dance. She hated being drunk every night, but she loved dancing and making money.

It’s been a few years now, but she’s done with it. She’s moved on to bigger things and better things. She has found a way to make some serious money, and she always had a game plan to do bigger, to do better, to be more. She’s currently in her 30s, and she’s killing it – and she doesn’t care what anyone thinks.