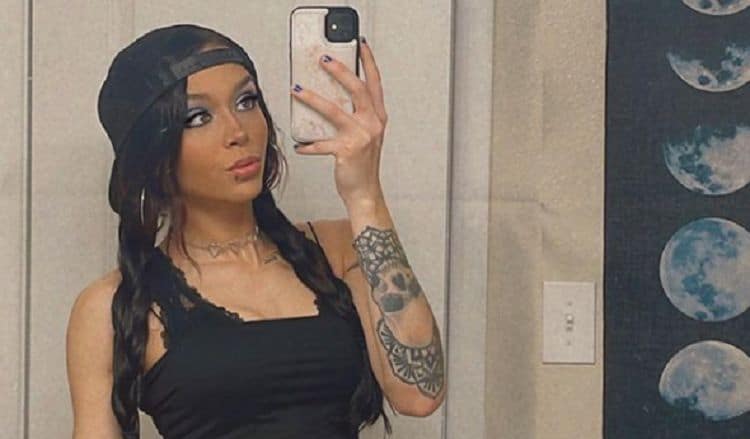 The thing about wrestling is that you are either a fan or you are not. There do not seem to be many people who are ambivalent about it one way or another, but you either love it or you find it ridiculous. However you feel about it, there are always some wrestlers you’ve you know by name even if you don’t pay attention to the sport. Cora Jade is one of those names. She’s someone who is still so young, but she’s making such an impact on the sport. Her personality and her character are well-known, and it’s just a portion of proof as to why so many people focus so much on the character in the ring more than the actual person. If you want to know more about her as a person, though, here’s what you should know.

1. Cora Jade is Not Her Real Name

Most people who know anything about this sport know that stage names are the way to go. No one uses their real name, even if Cora Jade is one of the few stage names that might sound like a birth name. She was born with the name Brianna Coda, and you can see that her stage name isn’t similar in the least.

She’s a new millennium baby. She did not grow up without the adverse effects of social media and the internet in her pocket. She grew up with social media already prevalent and the world already changed. She was born on January 14, 2001, which means she just turned 21 at the beginning of 2022. It hardly seems possible that people who were born in 2001 were born 21 years ago, though.

3. She Sometimes Uses Another Name

Brianna Coda or Cora Jade, it doesn’t matter – however, do you know the name Elayna Black? If not, you might want to familiarize yourself with it. It is another name she’s used in the ring, so it is important to know if you ever want to research her career in the ring.

4. She is Not Married

She’s still young enough that this probably doesn’t shock anyone, but she is rumored to be in a relationship with a man in the same line of work. His name is Blake Christian. He also goes by the name Trey Baxter when he’s in the ring.

5. She Has a Large Following

Social media has changed the game for stars who are up and coming as well as those who are not that big in terms of name. She’s grown so much over the past few years that she has 124k followers on social media, which means her name is certainly out there. The people on Instagram love to follow along based on that number.

If you are going to learn anything from perusing her social media pages, you’re going to learn that she is exceptionally confident. She has no problem showing off her body, the hard work she puts into it, or her own feelings on her platform. It is, after all, her platform to do with what she pleases.

She doesn’t share much information about her dog, but it’s a furry white pup that might be part of the poodle family. Perhaps a doodle or a goldendoodle or something of that nature. Either way, no one cares what the dog is, just that the dog is so sweet and adorable, and that he or she is being taken care of in a happy home.

While so many people complained about and looked at all the negative in their lives in 2021, she did not. She was able to live her life, to make her career go even further than she thought, to travel, to do what she loves, to spend time with the people she loves, and she is grateful and happy for that. Being grateful is a magnet for good, and she seems to realize this.

Though she does share some personal photos of herself and her boyfriend online, she’s not the overly out there type when it comes to her personal life. She’s the type who likes to keep things to herself, and she likes to ensure her own private life is as private as possible. She is happy with that, and she doesn’t seem to have any interest in changing.

10. She is Only Three Years into This

She began her career professionally making her debut in December of 2018. She did big things. She has been in this only three years and a month and a few weeks at this point, and she is not slowing down. She’s made big changes, and she’s still young enough to keep going for years to come.