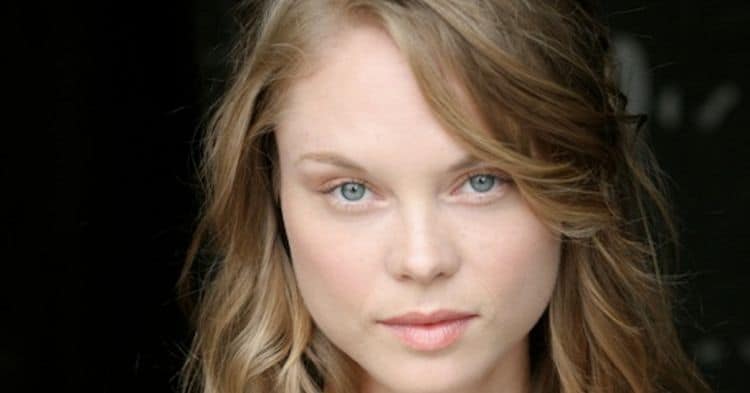 When actress Chaon Cross was younger, she made some bold life choices. She knew she wanted to go into acting, but she also knew she had to go through some stuff to make it happen. It’s not an overnight thing that just happens for most – though fans often believe that it does happen for actresses and actors overnight given we do not see all the auditions, the many times they don’t make it, and the blood, sweat, and tears they put into it. When she thought about becoming an actress, she thought she might make some big choices in her life to get there…and she did just that. Who is she?

1. She is from Arkansas

She was born and raised in Arkansas, but she doesn’t live there any longer. She comes from a small town – is there anything but small towns in Arkansas? – called Eureka Springs. She lived there almost her entire life, but she knew living there longer than necessary wasn’t going to allow her to pursue her bigger dreams in life.

She chose not to do the extended education thing after graduating college. There was not a graduate school option that piqued her interest enough to continue her education, so she toured. She joined a group called the Shenandoah Shakespeare group, and they went on the road for stretches of 10 months at a time. They performed three shows throughout each stretch, and she worked long, hard, arduous hours during those days.

3. She is a Theater Actress

If her touring didn’t give you any clues, this is a woman who works in the theater. It is, perhaps, the most difficult line of work an actor can take on. Working on a stage in front of a live audience several nights a week without the option to have a second take if you’re unhappy with the first is not for the feint of heart.

She spent years touring, but she also knew she needed to settle down and find some work that did not involve being on the road all the time. She made her way to Chicago in 2001, and that is when fate intervened. During her first week in the city, she met a man who would later become her husband and the father of her baby. His name is Brendan Kerlin.

5. She is Private Online

If you were hopeful you’d get to spend some time getting to know her through her social media posts on Instagram, you’re going to be disappointed. She has only 217 followers, and her account online is private. She’s just not that into sharing her life with the world, and there really isn’t a thing wrong with that.

6. She Went to a Great School

We did mention she attended college, but did we mention where she chose to enroll? She didn’t go the community college route in Arkansas. She enrolled in courses at the prestigious Oxford University. She did her thing there so well that there was no doubt she’d succeed.

When she’s working on a character, she goes deep. She doesn’t just read the lines and learn them, she makes them important. She goes through, she reads the script, she takes notes, she makes sure she knows what her character is thinking, the mindset she feels the character is in when she’s speaking, and she makes this character her own.

This is one actress who has done so much on stage, and she’s been nominated for many awards. One of her most prolific roles was in a play called “Proof,” and she made it her own. She played a complex character that required her to go far above and beyond what any other actress might do to make this character her own. Her talent was shown regularly in this role.

10. She Prefers to Live a Quiet Life

Imagine being on stage all the time, working night after night in front of a different audience each time. It’s probably safe to say most theater actors prefer to live their lives as privately as possible outside the theater, and we get it.