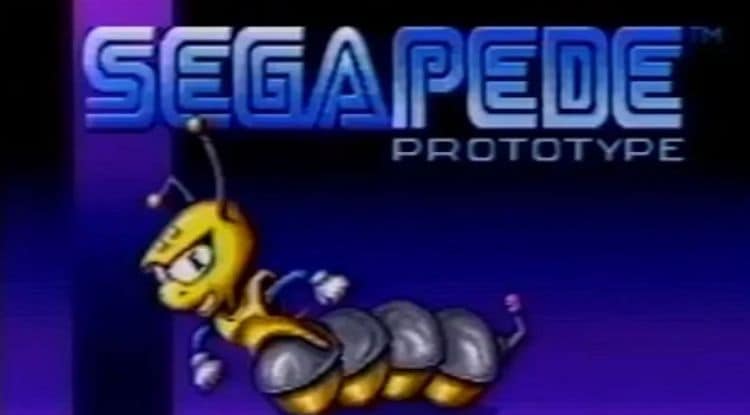 Sonic the Hedgehog has been around for quite a while now, but it’s interesting to note that there’s another swift-moving critter that could have been just as big if he’d had the chance to shine. Astropede is another Sega creation that a lot of people don’t know about and is a little more aggressive than Sonic since he did carry a firearm that he could use to knock out obstacles and enemies as needed. Plus, he would pick up body parts as he made his way along as small pods could be attached to his body as they trailed behind. These would also kind of protect him from being knocked out of the game, much as Sonic’s rings did in his game. Plus, the background that Astropede was given for his game would eventually show up in Sonic as well, though it’s a wonder why Astropede didn’t take off since it could have been a sound idea that might have made a good deal of money. Of course, the whole idea of a blue-haired hedgehog that can travel at insane speeds and knock his enemies out of the way was obviously more appealing. It’s still interesting to note that Astropede isn’t too far removed from Sonic when it comes to the style of game they both belonged to, and if luck had been with the character he might have been the one to enjoy the fame to come.

Sonic has been around long enough to be called old school at this point and despite the fact that Mario was gracing the TV screens of many a fan before he was, the blue speedster managed to hang on and become a pop culture icon after a while, at least until he started going 3D, which might have been a slight mistake since his popularity did dip a bit. But one thing that Sonic can always state is that his first big live-action movie didn’t flop since it incorporated more of the source material into the movie even if not all of it made perfect sense to anyone but fans of the game. Had Astropede made it this far it does feel as though his story would have had to change in a big way to make as much sense considering that people were railing against the Sonic movie for his appearance in the initial trailer, which ended up costing millions since the studio went back and fixed everything. Just imagine what Astropede would have needed to get up and running as a live-action movie. Actually that sounds like it might have been kind of interesting since the whole premise of a robotic centipede could possibly be worked on and made into something that might not be Oscar-worthy but would still be pretty interesting.

But it does make a person wonder about how many video game ideas are tossed to the side in favor of the one or two that become massive hits. Obviously there have been thousands of video game ideas that have been floated by the different companies out there and some of them have struck a nerve and managed to be developed into something that entertains gamers for a while. Does anyone remember Bonk the Caveman? It was a funny and kind of interesting game that wasn’t too hard but was there and gone in a short amount of time, so it’s likely that not a lot of people remember. But Nintendo, Sega, Atari, and other gaming companies have all come up with numerous titles over the years that are remembered by some and absolutely forgotten by others. The point here is that for every big game that makes it and becomes a legend in the industry it’s likely that there are at least twenty or more that didn’t make it and yet still look kind of fun once the idea is presented to those that had no idea. Astropede does look like it might have been an amusing game for a while, but without anything else to go on, meaning the main villain, the point of the game, and any other extras, it’s kind of hard to say that it would have been a huge success. There are quite a few games that were churned out for each system that never really went anywhere, and a lot of people can likely remember playing them, but after so much time has passed it’s also likely that the games aren’t really what people remember since graphics that were considered to be state of the art and absolutely awesome a couple of decades ago are now considered to be slow, outdated, and not all the impressive. Somehow Sonic has still maintained his popularity, but even the older games are far easier now than they appeared to be back then. They’re still fun though.