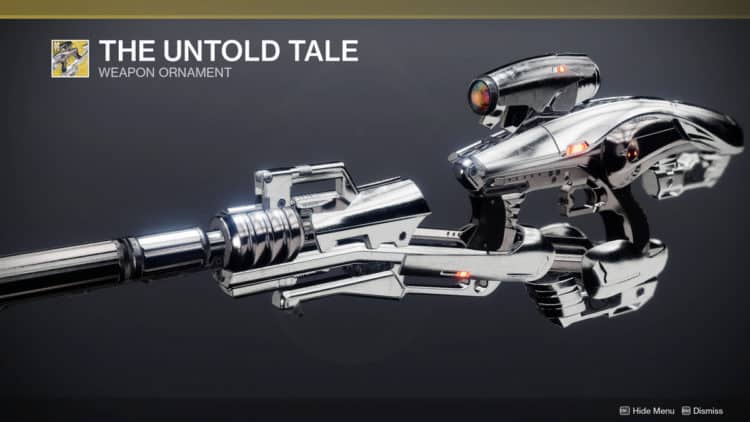 After the Vault of Glass raid returned to Destiny players last week, so too did one of the most famous weapons in all of Destiny history: the Vex Mythoclast. This was one of the most beloved weapons in the entire game – especially before Bungie nerfed it into the ground – but now it’s back and players all over the world are now able to try their hand at completing the Vault of Glass by defeating Atheon, Time’s Conflux and earning the famed Vex Mythoclast. Raid exotics are some of the most sought after weapons across all of Destiny and Destiny 2, and for good reason; these weapons tend to be incredibly powerful and require a lot of effort (most of the time) to unlock, and Vex Mythoclast is no different. So, what do you need to know about the Vex Mythoclast Exotic Fusion Rifle in Destiny 2?

Okay, so I know I said this was everything you need to know about Vex Mythoclast in Destiny 2, but to truly understand the impact that the return of this weapon had on the Destiny 2 community, we must first journey back to the original Destiny. The Vex Mythoclast was the Exotic drop from Destiny’s first raid ever: the Vault of Glass. The drop chances on the Vex Mythoclast were absolutely abysmal and it was a miracle if you ever even got one to drop (I went through Vault of Glass with a fireteam member who claimed that he went through 300+ clears of Vault of Glass in Destiny 1 without a single drop), this was because drop protection in Destiny 1 didn’t really exist, so your chances of getting the weapon you wanted never increased with the amount of times you completed the activity. While some liked the gamble, most wanted something to prevent 300+ clears with no drops from happening anymore. Thus drop protection was born (not specifically from Vex Mythoclast, but I’m sure it probably had an impact). Now, let’s talk about the perks that were available on the weapon in Destiny 1; when the gun first came out, here’s what it looked like:

Another thing that made this weapon unique was the fact that it was a Solar Fusion Rifle that sat in the Primary slot (at this time, there were no elemental primaries, let alone Fusion Rifles). Unfortunately, on October 14, 2014, Bungie nerfed the base damage of the weapon by a whopping 34%, which made the gun significantly less powerful. Rest in peace OG Vex Mythoclast, even though I never got my hands on you, you will forever be missed.

Now, let’s talk about the Vex Mythoclast in Destiny 2; the perks on this version of the weapon are definitely a bit different, so here they are:

There is also a catalyst for the Vex Mythoclast in Destiny 2, which upgrades the weapon to a Masterwork, giving it the ability to generate Orbs after rapidly defeating targets and giving it a tracker that displays the number of targets defeated with it. The Vex Mythoclast catalyst also grants the weapon a new perk called “Calculated Balance” which states that higher stacks of Overcharge increase stability.

Oh, and there’s also a pretty sweet ornament called “The Untold Tale” that makes the weapon shiny! So, there you have it folks, there’s everything you need to know about the Vex Mythoclast in Destiny 2! I’m hoping to actually get my hands on the weapon here pretty soon, because I was never one of the lucky few that actually got their hands on the gun in Destiny 1, so here’s hoping that my luck changes in Destiny 2! 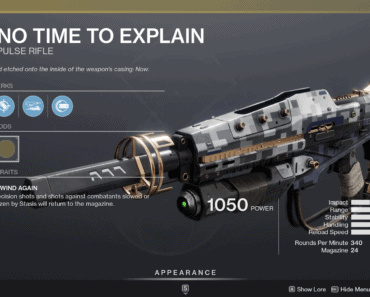 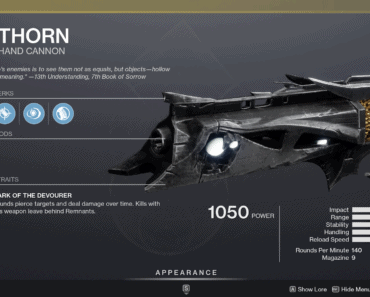 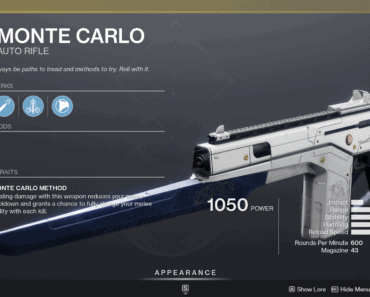 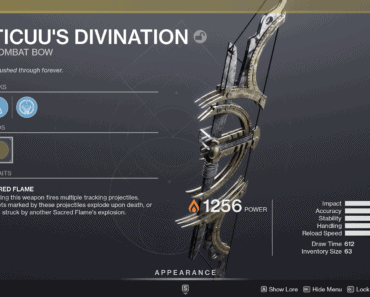 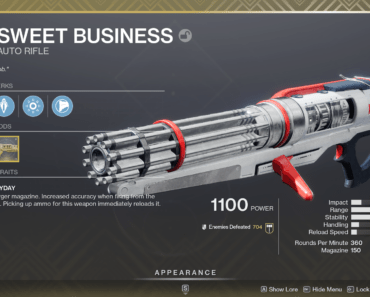 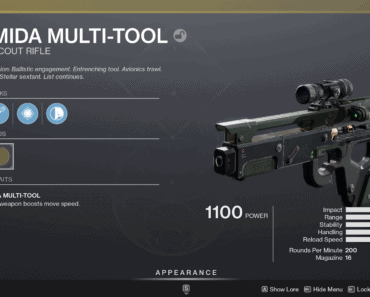