Home
Movies
Bring Back Conan or Reboot It Entirely 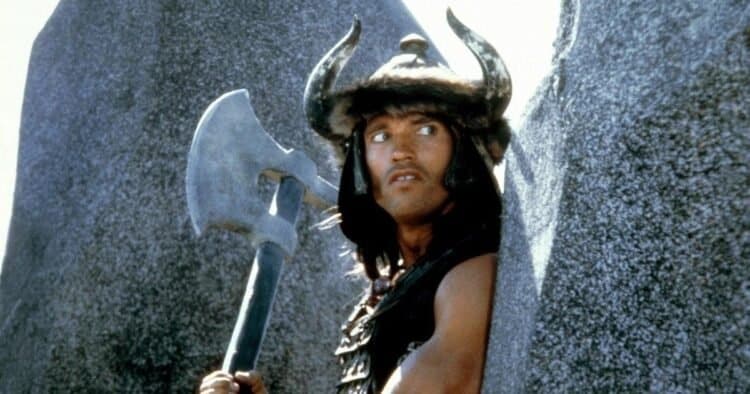 Many, MANY comments that happen to make their way toward the idea of bringing back Conan the Barbarian stem from the personal interests of those that have followed Conan for many years or believe that the movies are the definitive look at the character that should be followed. The fact that there appears to be a desire to move forward with the idea is great, but thinking that there might be another series on the horizon is less than appealing for a few reasons, one of which happens to be that it’s been done before. It’s very easy to say that this time will be different since the acting might be better, the effects will likely be better, and there’s every reason to think that Netflix might be able to take hold of this idea and make it work in a way that even the movies might be envious of. But the truth is that Conan, as a character, is awesome in a way that defies easy explanation. But how this story has been treated over the years feels a bit shameless as there’s so much more that could have been done with this idea.

In both movies, the Barbarian and the Destroyer, fans were told that Conan went on to have many more adventures, but that was another story. The sad fact is that we never got to see another entry by Arnold Schwarzenegger, for various reasons, but we did get a TV show that happened years ago and probably isn’t remembered, and a remake starring Jason Momoa. To be honest, the reboot wasn’t that bad, save for the fact that it might have been nice to see the movie cling to the main idea a bit more. Fighting Thulsa Doom once again in an updated and perhaps even improved movie might have been nice, but instead, the fans were given a new villain and a great deal of stiff and less than useful dialogue that dragged the movie down in a big way.

It’s time to either push this story forward in a way that will get the fans back on board or simply reboot it and start from the beginning once again. There will no doubt be many arguments over how it should go and whether or not going back to the original idea that was deemed so useful would be the best path. But when looking at how the Conan movies have gone thus far, a lot of people would gladly point to Arnold’s example and state that this is how things need to look, how things need to go, and is the definitive Conan. There would no doubt be plenty of arguments over this, but the fact is that Arnold depicted the character the best of anyone at this point, and while Momoa might actually be a viable successor, it’s fair to say that getting him on board for another Conan project might take a while since he appears to be rather busy at the moment. But really, the continuation to Conan has been anticipated for so long that it’s fair to say that at this point, it’s best to reboot it entirely or finally get Arnold back into the swing of things for a final movie that might see the end of Conan in a way that only a barbarian should go out.

Letting the idea languish as it has been for so long isn’t the best way to keep the interest in Conan since like it or not, there are plenty of other stories that have been pushed time and again while Conan has been left back in development hell more than once. A King Conan movie feels like a great idea, so long as Arnold is the main star, and there are enough characters seen within the movie that can help to push it forward. But to be fair, it doesn’t feel as though it would go the way that a lot of fans might want to see, especially since several people that were cast into the first two movies might have passed away, or have no desire to make a return at this time.

For this reason, it feels as though a complete reboot might be necessary since bringing Conan’s story back would take a bit of doing, not to mention that it would take a phenomenal actor that would be able to embody the character in a way that would do the original proud. How this will happen and if it will happen are questions that have yet to be answered, but the hope is that Conan will continue to be a legendary character that, one way or another, will be preserved in some manner for the foreseeable future so that fans both old and new can enjoy the stories as much as possible.