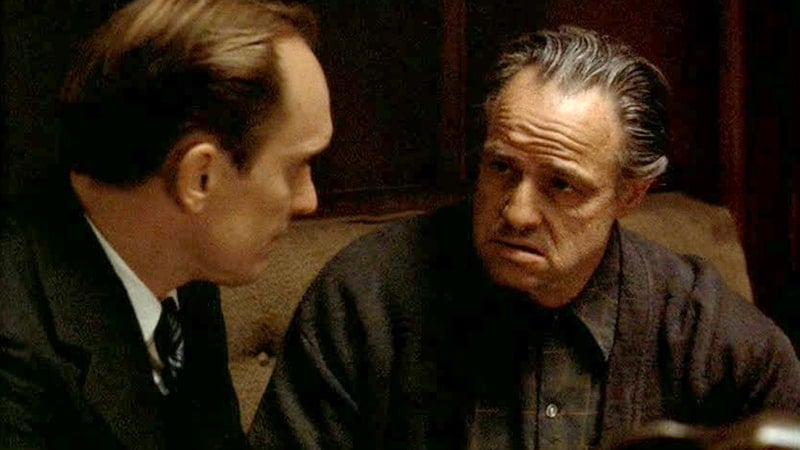 The one-liner is great since it grabs the attention, becomes memorable, and eventually turns out to be one of the best lines in the movie and a great line that’s recorded for several generations of movie fans to come. There are silly lines, serious lines, horrifying lines, and all types that people tend to quote and misquote after hearing them, and a lot of them never get old since they can be used to serve multiple purposes once someone finds the need. But those that are essentially meaningful and extremely powerful are those that people tend to remember the most since they resonate in a way that can bring to mind specific feelings that people can’t help but enjoy. There are plenty of one-liners out there that are useful in a lot of situations, but those listed below are some of the ones that we tend to find the most useful and entertaining.  With that said, here are 10 of the best one-liners in movies.

10. “They may take our lives, but they’ll never take our freedom!”- William Wallace, Braveheart

One thing that Mel Gibson can do in a movie is make a speech, since back in the day this definitely managed to get a lot of people riled up since this movie wasn’t entirely accurate, in fact it wasn’t really that accurate at all, but it was still convincing enough to people that didn’t know their history. To be fair though, it was a great speech that one could only hope the real Wallace might have given.

9. “Come with me if you want to live.”- Kyle Reese, The Terminator

The fact that this line was used in the movies following this one was pretty cool, but the delivery never really got any better since Kyle Reese nailed it in this movie and the urgency kind of faded off in the movies to come. But all the same, this movie set a pace that felt as though it might have stopped once the credits started to roll, but lo and behold, James Cameron came back with the sequel, which is where the story should have stopped.

How many people have said this same thing to their significant other since this movie came out? Between this and The Bodyguard, the sentiment that’s been raised is enough to create a new chick flick from scratch. But let’s give this scene credit, it did lend itself to a lot of different representations later on, from the dramatic to the comical.

7. “I’m going to make him an offer he can’t refuse.”- Don Vito Corleone, The Godfather

This is still considered by many to be the definitive mafia movie since Marlon Brando and the rest of the cast did such a great job. It’s likely that they didn’t get everything right, but it’s also possible that the real mafia was watching closely just to make sure that they weren’t blasted on the big screen.

This line has been used more times than one can easily count at this point, and it’s been used for drama and comedy in equal measures. The thing about this line is that it’s so simple that it can’t really be misquoted that easily, and it carries a heavy punch depending on who says it and how.

Considering we now have a saying that pops up in the month of May, as in, May the 4th be with you, this line and the one that gave rise to it have been treasured and remembered by many movie fans over the years. Star Wars has definitely had its ups and downs, but a lot of people still remember some of the best lines.

3. “Mama always said ‘life is like a box of chocolates’, you never know what you’re gonna get.”- Forrest Gump, Forrest Gump

It’s such a simple saying, and yet many people have decided to turn it into something different or make fun of it by using logic. Of course a lot of people buy chocolates with the tiny maps on the inside to tell them what they’re getting. But Forrest is old school, like his mama, and he gets the type that help people to savor the surprise. After all, what fun is it to know what’s coming?

Tony Montana was not the guy to mess with, especially when he was coked out of his gourd. Not many people would think about unleashing a grenade launcher inside their home, but when there are a bunch of gun-toting assassins on the other side it’s easy to understand why Tony would want something with a little more oomph to it.

Had it come from anyone but the Joker, this question might have been easy to answer. But with a guy that can kill at will and smile about it, answering any question is bound to be hazardous to a person’s health since the Joker isn’t known for being a stable individual.

There’s nothing quite like a good one-liner that you can memorize and use again and again.