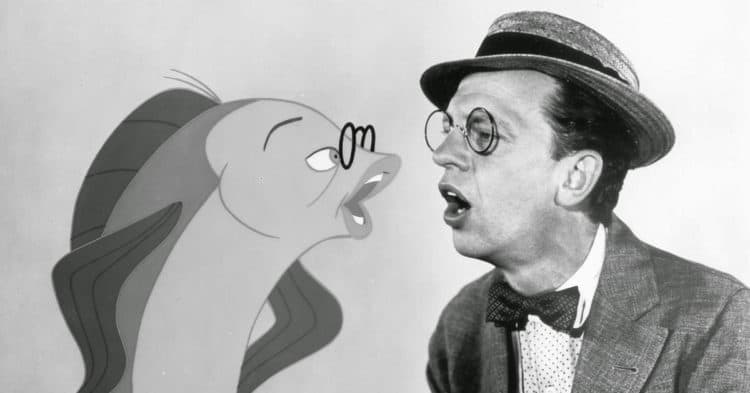 A lot of us might remember Don Knotts fondly from the older movies we watched as kids and possibly even from Three’s Company where he was one of the biggest stars on the show. But what you might not know about Knotts is that he was a part of the US Army in WWII and he was quite the educated man in his day. His legendary comedy routines had a lot to do with his upbringing since he had to deal with a father that was schizophrenic and threatened him at times with a knife, thereby forcing young Don to turn inward and find ways to cope. Obviously comedy became his saving grace after a while and it even managed to make him into legend since between the movies, the Andy Griffith Show, and Three’s Company he was and still is revered as one of the funniest men that’s ever been in show business.  Here are the five best movies of his career.  P.S. When we first started our search, the first thing that came up was this list from the MeTV staff.   The picks we have are the same but we’ve posted trailers and some added detailed descriptions than you might see have seen on there.

This is one of the more fun and kind of ridiculous and over the top movies since honestly in today’s market it might make sense but at the same time you can’t help but think that it’d be more of a kids movie, in a way. When Mr. Limpet falls into the water on accident he inexplicably turns into a fish and stays that way. Instead of just swimming off however he decides to help the US Navy by directing them around certain hazards and foiling the plans of the enemy during WWII so that the Allied troops will stay safe for the most part. When it’s figured out just who he is and what he’s doing, he gets to settle his affairs and make sure that his widow is taken care before swimming off into the deep blue sea.

Along with Tim Conway, Don Knotts was one of the best men in the business when it came to play the part of a bungling detective, and this movie is one of those that will no doubt keep people laughing even now when comedy has taken a few decidedly dark turns. Two detectives from America that are working out of Scotland Yard are requested for a case concerning the deaths of a lord and lady that died under mysterious circumstances. When it’s discovered that the heiress to their fortune had them killed, or tried to in the case of the lord of the manor, he sets up an elaborate trap for the heiress that the two detectives bumble their way through until all is revealed.

There’s bound to be a problem when you try sending a janitor into space, and it would seem that his lack of knowledge of how things work would be the least of them. But in an effort to beat out the Russians, who are apparently sending a dentist into space in the movie, America decides to send another individual that’s not even close to qualified for the trip, and one that has acrophobia, a fear of heights, to boot. The movie is pretty funny but also kind of dramatic since 35-year old Roy is still living with his parents, who want something better for him and get him the job at NASA as a janitor. The way things turn out though you can’t help but laugh since that’s the whole idea.

2. The Ghost and Mr. Chicken

When a reporter decides to try to make his career by proving that an old mansion really is haunted it almost seems that he’s bitten off more than he can chew when his reputation and his good name are almost ruined thanks to the fact that no one seems to believe him. When it’s revealed however that the mansion is set to be destroyed by one of the main antagonists that has been trying to ruin the reporter’s name it comes to light that there was more to the story than anyone realized. In the end he gets his happy ending, the bad guy is carted off, and it’s noticed that there might actually be a ghost in the haunted mansion as the organ that was reputed to play on its own starts up once again.

You could say that Amos and Theodore aren’t really that great at being crooks since they were kicked out of one gang and are almost killed trying to rob a bank at one point. But they do manage to bond with the kids in this movie that turn out to be real game-changers that make everything work out. In the end they get to sign on as farmhands with the legal guardian of the kids and end up leading a pretty good life. This is still one of my personal favorites and is fondly remembered by many people.

Don Knotts was a classic and brilliant comedian without a doubt.