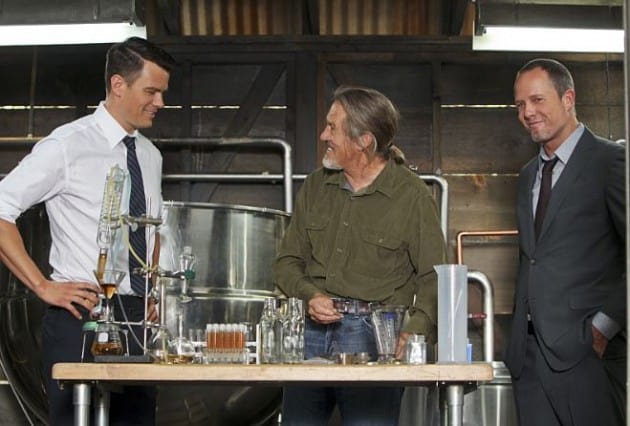 We’re now two episodes in, and Battle Creek, while promising, has shown us that there are still some missteps to be made. Ultimately, every series needs time to establish its identity, and Battle Creek is no exception.

This week on Battle Creek: Agnew and Chamberlain work on a murder case in which the victim was drowned in maple syrup, which ends up entangling them in the local syrup cartel. Meanwhile, Font gets some medical marijuana from a local store, only to find out that the goods are fake, so he tries to bring down the owner.

When I first heard that there would be a “syrup cartel” episode of Battle Creek, I was intrigued. I was worried, mainly, that the intent would go awry. Ultimately, I think I was correct in that assumption. I couldn’t tell if it was supposed to be funny that there was a Battle Creek Syrup Cartel, or a serious crime ring that will have further repercussions later. My interpretation was that they were taking it pretty seriously, and I really think it should’ve been played for laughs. There were some nice visual homages to Breaking Bad, but ultimately the main plot just fell a little short. I liked that it was Holly who made a break in the case, and there were certainly some interesting twists along the way, but all in all, it was a miss.

The show continued to build on some of its best elements, though. For one, the chemistry between Winters and Duhamel is undeniable. They are wonderful odd couple cops who bring very different things to the table. They’re both good at their jobs, but in different ways. Russ Agnew seems to be very unlucky, whereas Milt Chamberlain seems to be exceptionally lucky. Missteps aside, the show chose its two leading men very well, and they remain two of the strongest parts of the series.

The best part of this episode had to be the marijuana B-plot. Obviously, Font was chosen for this story because of Kal Penn’s history as half of the famous Harold and Kumar duo, and it was a fun reference. Stoner plots are always fun! They only could’ve handled it better if the movie playing in the store had been one of the Harold and Kumar movies. Kal Penn did some really excellent comedic work in this episode. My biggest compliment of the show in my review last week was that it was “fun.” If I had only watched the syrup plot, I may have been inclined to rescind that original assessment. However, the marijuana plot showed me that the show can still have some fun, and it got me excited for whatever is coming next.

I’m very appreciative of any show that tackles the gray areas of morality well. This episode had some really great commentary on justice, and what it really means. When the wife (who was beaten by her husband) and her father both confessed to the crime, the police had a decision to make. The Commander (Janet McTeer) listens to both sides, and then decides to make a decision based on the morality of the situation. She decided that the woman deserved a second chance at life. Chamberlain was baffled by her quick decision, asking her if she wanted to know the truth, but Agnew insisted she was all about justice. I think it’s an important topic to explore that governmental authority isn’t moral authority, and that there isn’t always a right or wrong answer.

All in all, this episode was a mixed bag. The syrup cartel/murder plot was a little disappointing, but it’s some of Battle Creek‘s other elements that still have me optimistic for the future of this show.

What did you think? Did you share my sentiments on the cartel? What about the marijuana? Let us know in the comments! 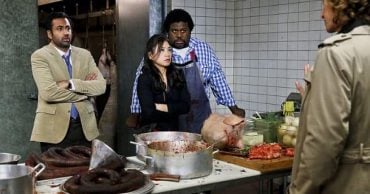 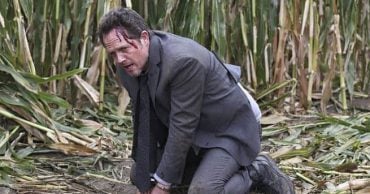 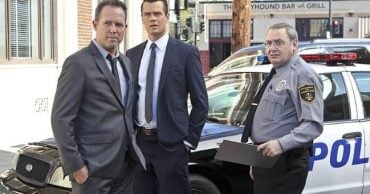 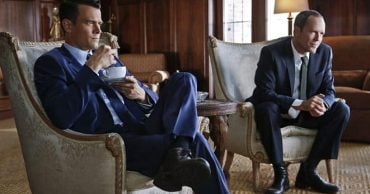 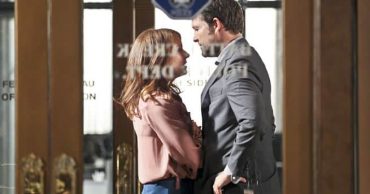 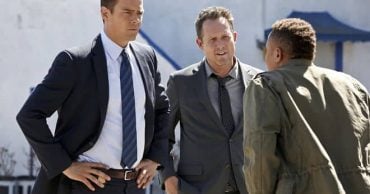