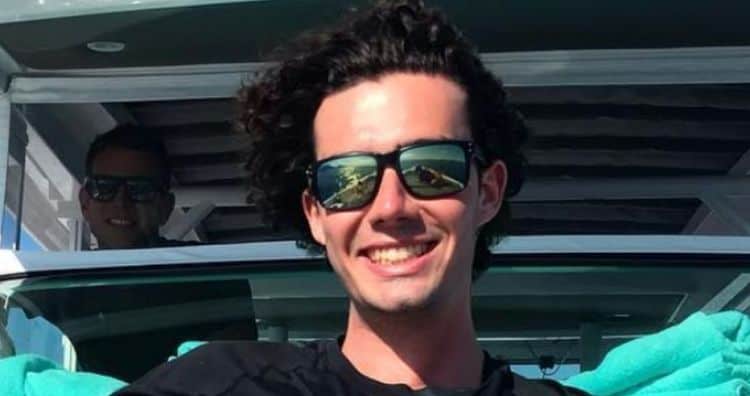 If you’ve already heard the name Barnaby Birkbeck, you know exactly who he is. No one forgets a name that unique, so you already know he’s the newest crew member of the Below Deck franchise. He’s all over the news right now doing interviews and talking about his new reality show appearances, and he seems happy to do it. So, what do you need to know about this young man?

You may not yet know his name, but it’s going to be one you are familiar with as he is the newest star of Below Deck Sailing Yacht. He’s taking his time to get to know the rest of the crew, and he is absolutely making sure they know him. He’ll be on your television, and you won’t forget him.

2. He Grew Up Overseas

He’s a man who did not grow up in America. In fact, he spent quite a bit of time living in Singapore as a child. He lived with his parents, and we believe it might have been his father’s work that moved them to Singapore when he was a child. He seems to have good memories of growing up there.

3. This is Only His Second Yacht

Throughout his yachting career, he’s not had much experience. This is only the second yacht he’s worked on, but he really does seem to love it. He is into this kind of boat experience, and he is not hesitating to share that he really loves being on a big boat.

4. He’s Always Been a Boater

While he might not have much professional experience, he’s been a boater since the age of 11. His father bought a boat. They spent a lot of time on it living in Singapore, and they eventually learned to race. They won championships in the area, and that allowed them to purchase a faster boat, and that led to racing more boats and winning more boating championships. It’s been a good life for them.

One thing he loves to do is experience the world one city and one country at a time. When he was hired by the company to work on the yacht he’s on now – the one that is making him a reality star – he was working in Greece. He will do anything and everything he can to see the world, and that is not a bad thing.

Despite growing up in Singapore, he is a man from England. He was born and initially raised in a little place called Brighton, England. His family is from the area, and we think that his name really does give that away. The name Barnaby cannot be anything other than English.

7. He is a Water Sports Instructor

When he’s not yachting, he is teaching people to be their best self when they take part in water sports. He’s good at pretty much anything he can do on the water, and he spends his days teaching exceptionally wealthy men and women to use water sport toys and be safe on them.

8. He Worked on Necker Island With Some Famous People

As an instructor of water sports, he’s had the opportunity work with some of the world’s most famous people. He gets to do things such as travel to Necker Island, the one owned by none other than Richard Branson, and teach people like former President Barack Obama to use sports toys in the water.

9. He Wants the Same Life as His Clients

If there is one thing he’s learned from this time working with billionaires and their lifestyles, it’s that he wants to live the same kind of life. He wants to spend his days making money, living the high life, and being the one hiring people to teach him to do things like play on the water. He likes being on the yacht, but he’d much rather have the yacht be his own yacht and the crew working for him rather than him working with the crew for his billionaire clients. It’s not a bad dream to have.

While we haven’t learned much about his private life as yet, he does seem open to discussion. He is not holding back when he does an interview, and that is one of those things that we really love about him. He’s having a good time discussing his life and making it clear what he is looking for in life.