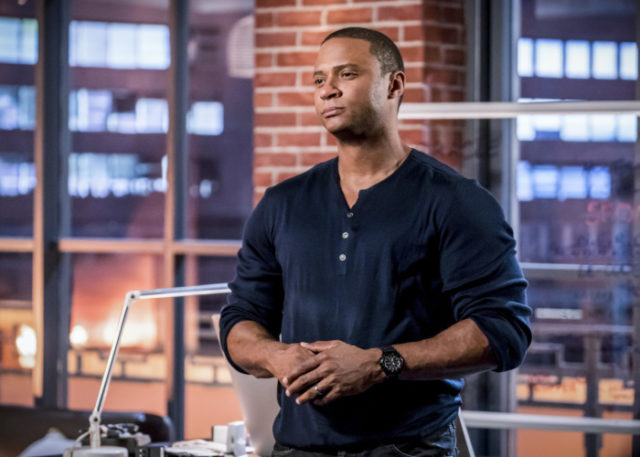 In its mid-season finale, Arrow introduced a conflict that left me more worried than excited.  Rene betrayed the team and agreed to testify against Oliver for Agent Watson in order to get back full custody of Zoe, and because Oliver, Felicity, and Diggle chose to spy on all three of their teammates in secret when they learned there was a rat, Dinah and Curtis decided to stand by Rene and leave Team Arrow rather than stay part of a group where they didn’t feel like full members. At the time, I didn’t love how the story was executed, and a month later, I still don’t love it. However, I was willing to give the writers the benefit of the doubt; Season 5 and the first half of Season 6 have been, for the most part, really strong television, and even though I was concerned about this stroyline, I still believed there was enough potential in it for the Arrow writers to do something special. But “Divided” shows that my hope was misplaced.

Tonight’s mid-season premiere is an incredibly frustrating episode of Arrow for many reasons, but the main one is pretty simple: plot drives the story in this episode instead of character, and Oliver, Curtis, Dinah, and Rene act wildly out of character for most of the hour, regressing back to old mistakes or not acting on thoughts and feelings they had previously stated earlier on this season. Let’s take a quick look at Dinah to start. First of all, the complaints she lodges against OTA about trust and transparency already have thin ground to stand on because of her lying about Vincent to them; however, even taking that out of the equation, her choice to ignore Felicity and Diggle’s claims that Vincent is working with Cayden James and insinuate that Oliver might be a liar completely contradicts her words and actions from the end of Season 5 and the first half of Season 6. Dinah has clearly expressed, on several occasions, how thankful she is for the team and how especially thankful she is that Oliver found her and gave her a chance to be a hero again–he helped her forge a new life. So why would she disregard a personal warning from him so flippantly? Why would she insinuate that Oliver was lying and trying to cause her harm when all he’s ever done is try to help her grow into someone stronger, better, and more fulfilled? Sure, Dinah goes and confronts Vincent on her own after her conversation with Felicity and Diggle (thankfully, the Arrow writers decided to not completely ruin her character and at least show that she’s still a smart, competent cop that would follow up any lead), but her words earlier rang so false that I had a difficult time getting invested in anything else she did throughout “Divided.”

And then there’s the self-righteous attitudes of Rene and Curtis, both of whom (as I said on Twitter earlier) I’ve never wanted to punch more than during the “clean slate” scene in tonight’s episode. While I didn’t necessarily agree with Rene’s actions in the mid-season finale, I understood his reasons–he did it for his daughter, he did it for family. However, near the beginning of “Divided,” we see that Rene stills feels guilt over his decision. It was for the best for him and Zoe, but he asks Curtis if there’s anyway that he can help him delete the digital evidence that Watson has against him so that he can recant his statement. In the opening moments of tonight’s episode, Rene is looking for any way possible to make things right with Oliver, but by the end of the hour, he’s angry and defensive, upset with OTA for their trust issues with him because everything he did was “for my daughter.” But what Rene never takes a moment to consider is that his actions could take Oliver away from his family, from William, who, like Zoe, has already lost a parent. During the “clean slate” scene, Oliver recognizes Rene’s role as a father and comes to an understanding with his friend; he gets why he betrayed him, and he extends an olive branch, a way to start over, which is what Rene wanted to do at the start of tonight’s episode. Yet now, for some unknown reason (and please don’t try to argue that it’s because Oliver, Felicity, and Diggle took 24 hours to tell them about the bug in the bunker), Rene has changed his mind–now he doesn’t see a way back to the way things used to be, and he’s excited to create a new team with Dinah and Curtis.

Speaking of Curtis, he’s the worst offender of arrogant, self-righteous, and obnoxious behavior in “Divided,” particularly during the previously mentioned “clean slate” scene, in which he rejects what is essentially an apology from OTA (an apology they did not have to give, by the way), stating that Cayden James didn’t create an environment of distrust–Oliver, Felicity, and Diggle did. Typically, I really enjoy Curtis as a character; I find him funny and entertaining, and I love his friendship with Felicity. Because of those feelings, I can’t stop myself from being saddened and angered by the petulant child he is throughout “Divided.” Gone is Mr. Terrific, replaced with a whiny brat, who has apparently forgotten all about the faith that Oliver has shown in him by bringing him on the team even against his better judgment and the friendship he and Felicity solidified earlier this season after hashing out their issues. But I guess being spied on for a period of a couple days is too much for Curtis to forgive, even though OTA is forgiving a hell of a lot more during that “clean slate” scene and even though Curtis himself spied on Felicity back in Season 5 when she was working with Helix.

But I don’t want to make this review one big complaint about the Newbies, because they are not the only people in “Divided” acting out-of-character. Before Oliver Queen shows his growth and maturity during that “clean slate” scene, he reverts back to his old, stupid, shady-plan ways by working with Jerry Bertinelli (cousin of Helena, aka Huntress). At first, I was furious at Oliver for this decision because I thought he was working with Jerry as a lone wolf without consulting Felicity or Diggle; however, even though he does bring his OTA team members into his plan, Oliver’s choice here still bothers me for one glaring reason: William.

Oliver has promised William that he will no longer be the Green Arrow, that he will keep out of danger and always come home to him. Even though Oliver has had to don the hood again as Star City’s favorite hero, he should still do his best to ensure that each situation he’s walking into is the least dangerous as possible. How does having Bertinelli’s squad of men shooting at James’ squad of men create a safer, better environment for Oliver? The answer is it doesn’t, and the right decision in this situation, despite the issues of trust Oliver has with Curtis, Dinah, and Rene, would have been to ask for their assistance instead of teaming up with Bertinelli. Oliver’s actions here, during this particular operation, are reckless and foolish, the choices of a younger Oliver, a more naive Oliver, an Oliver who isn’t a father. While Oliver ultimately realizes that he can’t take on James and his villainous allies on his own, this awareness comes too late to really matter; if William truly is Oliver’s first and main priority, then he should have pushed his other issues aside and gone after James with as full of a team as possible.

There’s still fun moments to be had in “Divided.” The interaction between Oliver, Diggle, and Felicity, working together as the original team again like they did in the old days, is consistently wonderful throughout the hour (especially the sass Felicity gives Oliver when he requests information for her without even saying “hello”). The one scene between Rene and Zoe serves as a strong reminder of all that those two characters have been through together, and it also helps reinforce the weight and reason for Rene’s original decision to betray the team back in “Irreconcilable Differences.” There’s also some really nice moments between Thea and Quentin, who are always a highlight when they share scenes together, and while I’m unsure of how I feel about their mission to rehabilitate Black Siren, I appreciate the father-daughter connection that has formed between the two of them over the past two seasons, a bond that Thea herself acknowledges when she tells Quentin that he’s “like a father” to her.

Overall, though, tonight’s mid-season premiere is a frustrating and exhausting hour of Arrow, one that illustrates the series’ over-reliance on manufactured drama and its unfortunate tendency to prioritize plot over character. There can be amazing action (like that one-take with Oliver going up against James’ and Bertinelli’s men), tremendous tension, and thrilling visuals, but none of it matters if we don’t care about the characters and their emotional journeys. Conflict between main characters is necessary for any show to survive, but it has to be earned. Right now, Arrow‘s trying to take dramatic shortcuts, and the show’s not finding its way to a satisfying story destination–it’s getting lost.

What did everyone else think about this week’s episode of Arrow? Do you agree with me? Disagree? Comment below and let me know. 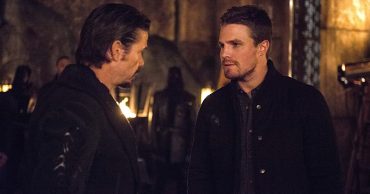 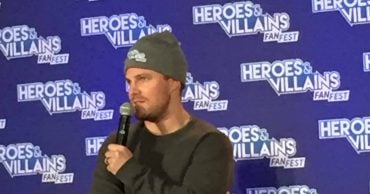 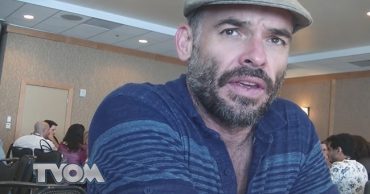 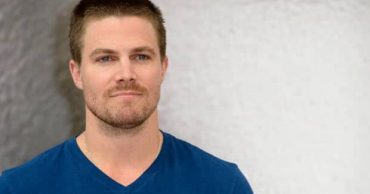 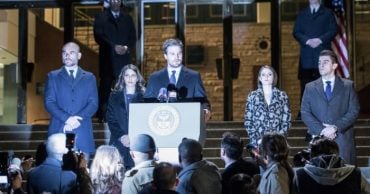 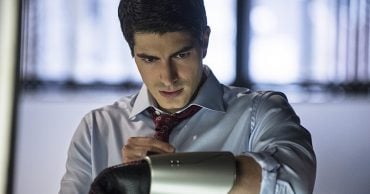