Home
Video Games
Are We Ever Going to See a Saints Row 5? 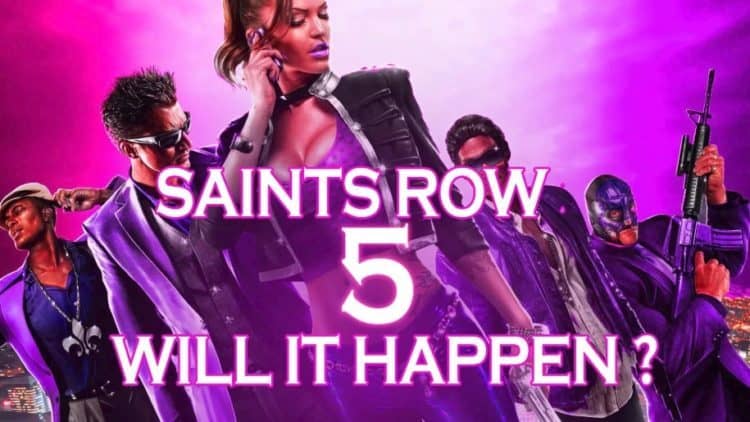 For people who are unfamiliar, the Saints Row series started out as a Grand Theft Auto clone but went on to become its own peculiar take on their shared genre. In Saints Row 2, the story was still rather serious while retaining some wackier elements, but by Saints Row 3, the proportion of those elements had reversed. For proof, look no further than the fact that the titular Saints started out as a street gang in Saints Row 2 but winded up becoming celebrity criminals at the head of a multinational corporate empire by Saints Row 3, though this was no more than a pale shadow of what was to come in Saints Row 4. After all, it was in Saints Row 4 that the leader of the Saints went on to become the God Emperor of the Zin Empire after breaking out of the alien equivalent of the Matrix, which was very strange to say the least.

Will There Ever Be a Saints Row 5?

Theoretically, there are a number of ways that a Saints Row 5 could happen. This is because Saints Row 4 was followed by Saints Row: Gat Out of Hell, which had a total of five endings. Out of the five endings, there are two that provided clear setup for a potential follow-up.

First, there was the ending in which the Saints would seek out a new homeworld for the human race, which was necessary because the planet Earth had been blown up in Saints Row 4. This would be the most natural follow-up for Saints Row 4, seeing as how it would be continuing its narrative. However, it would have its issues as well, with an excellent example being a much-hindered ability to introduce new human characters because of the death of most of the human race with the destruction of the Earth. Fortunately, the Zin Empire is capable of both backwards and forwards time travel, meaning that such issues can be handwaved as needed.

Second, there was the ending in which the Earth was recreated. This was the version that saw use in Agents of Mayhem, which is a recent release that met with a less than enthusiastic response. In short, the Saints never existed on this Earth. Instead, it turned out that the version of Pierce that existed on this Earth managed to unite that street gangs that existed in the first Saints Row, thus preventing the escalation that led to the events of Saints Row 2 to 4. Likewise, other Saints Row characters are known to exist on this Earth, with examples ranging from Gat to Kinzie. With that said, it is important to note that the fate of the Boss was never specified in Agents of Mayhem, which is perhaps unsurprising considering that the player character was supposed to be customizable. As such, it isn’t difficult to imagine a scenario in which the Boss proceeds to start up the Saints on this version of the Earth, particularly since Agents of Mayhem made it clear that L.E.G.I.O.N. remains a very real threat.

Regarding the first issue, there is no real way to tell whether Volition wants to make another Saints Row or not, particularly since it hasn’t been forthcoming about its plans. However, since the failure of Agents of Mayhem, it isn’t unreasonable to speculate that it will fall back on a proven franchise. There is no guarantee that Volition is working on a hypothetical follow-up at this very moment, but the chances of something happening along those lines at some point in the future seem pretty high. As for the second issue, well, it is a matter of whether Volition wants to make the Saints Row series even more out there or tone it back down a bit, both of which are options that have fans in the Saints Row fandom. The most hilarious option would be Volition deciding to go in both directions by creating games based off of both endings, but the chances of that don’t seem very high.