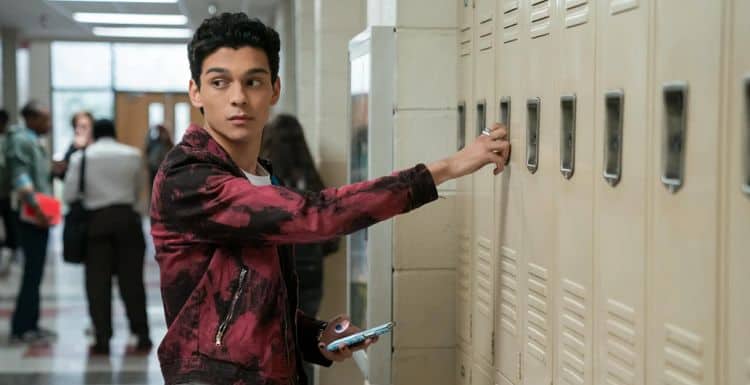 When you’re born to be an actor, you do whatever it takes you make it happen. Anthony Keyvan was a child star who knew what he wanted to do with his life. He did what it took, he got the parts, and he’s been making a name for himself ever since. He’s barely an adult at this point, but he’s been working so long in Hollywood that it’s easy to forget that he wasn’t even born until the new millennium began. He’s talented, he’s going places, and his fans want to know more about him.

Anthony Keyvan is a young man. He was born on August 13, 2000. Essentially, he won’t even be old enough to legally order a cocktail when he’s out and about until the middle of summer 2021. He’s still young, and he’s been working since before he was an adult.

2. He is from California

Keyvan is a California boy. He was born and raised in Long Beach, which is in the Orange County area. It’s a wonderful place to grow up, and it also afforded him many opportunities to find work in LA considering the drive up the 405 doesn’t take too long – unless you’re dealing with traffic (Spoiler alert: You’re always dealing with traffic on the 405).

What many people don’t know about Anthony Keyvan is that he has Persian heritage. Coming from Orange County, many people don’t look at his life and think that his family is not just from California. However, his ancestors are Persian, which means he is Persian.

4. He Doesn’t Talk About Being Muslim

It’s not that he doesn’t talk about it, but he grew up with the idea that being Muslim simply isn’t something you talk about. In an interview with Distractify he mentioned, “Coming from a Muslim family, that’s not something that is ever talked about or accepted really,” in regards to the fact that he is playing a young Muslim character in a new project.

In the same interview with Distractify we already mentioned, Keyvan also talked about the fact that he traditionally takes on characters who are Latinx. This is due to the fact that there are simply not many Muslim characters to play and because he can make his look appear more Latin than many others in the industry. He’s a chameleon like that.

6. He Has Been Acting for A Decade

When Anthony Keyvan was only ten, he landed his first role. He played a character in “Mustang Magic,” which was his first role in a big setting. It allowed him to develop a love of acting that he has carried with him ever since. He knew then that this really was what he wanted to do with his life, and he’s been working on it ever since.

7. He’s Been a Commercial Model

He might be young, but that doesn’t mean he hasn’t had a lot of experience. Being young allows him to do many things in addition to acting, and commercial modeling is one thing he was young and handsome enough to book. He did work for companies such as Disney, McDonald’s, Mattel, and even Nissan, among many others.

When he is not working, you can find him being active. He’s young, he has energy, and he loves to use that energy to take part in things that are fun for him. Such things include being outdoors swimming, snow skiing, and playing soccer. When he’s participating in indoor activities, you’ll find him in the ring working on his boxing skills.

We have no idea if he’s good at it, though. He enjoys singing, so he does it when he has a chance. If you’re asking us to find out if he is a shower singer or a car singer, we’d imagine he is. We simply don’t know if his singing skills are the kind that he takes outside the house.

Anthony Keyvan got his start in the business when he was a child. His parents and agents were there to monitor everything he did and how he did it, and he was not permitted to share too much personal information as a result. As he got older and became an adult taking care of his own life, he still chooses to keep his private life to himself. It’s a great skill and a nice way to live when you’re otherwise always in the spotlight.