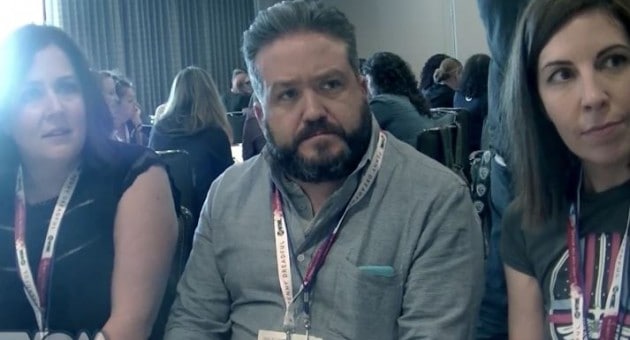 This year, the Marvel TV franchise on ABC was joined by Marvel’s Agent Carter, a new series featuring one of the Marvel Universe’s greatest and most beloved characters, Agent Peggy Carter (played by the phenomenal Hayley Atwell). The series tells the story of what happened to her after the events of Captain America: The First Avengers when she lost — until 70 years later — the love of her life, Steve Rogers (played by Chris Evans), after his great sacrifice and became an agent for the S.S.R. In Agent Carter‘s first season, Peggy acquired new allies, and one of them was Edwin Jarvis (played by James D’Arcy), who is the faithful butler of Howard Stark (played by Dominic Cooper) and is now a major part of Peggy’s journey as we head into Season 2.

TVOvermind was fortunate enough to participate in the Agent Carter Press Room at San Diego Comic-Con with other news outlets at roundtables where stars and producers from the show discussed what is coming up in Season 2. Three of the people we got to talk to were executive producers and showrunners Tara Butters, Michele Fazekas, and Chis Dingess and you can watch their entire roundtable interview in the video below, as they discuss what the relationship between Peggy and Angie will be like in Season 2, how the move to L.A. will affect the relationship between Peggy and Jarvis, and what we can expect to see from characters like Sousa after the events at the end of the first season.

Marvel’s Agent Carter will air its 10-episode second season on Tuesdays at 9/8c at midseason on ABC.