Home
Television
Scandal
Is ABC’s Scandal Coming To An End? 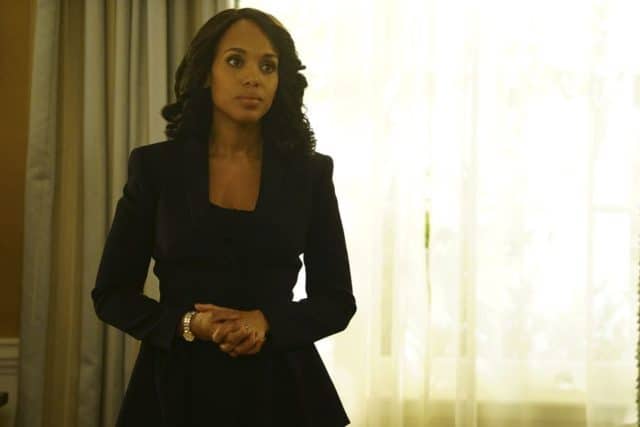 What? Is it true? Is Scandal ending after Season 7? Will Olivia Pope no longer grace our TV screens? On Wednesday, TVLine reported that Season 7 of Scandal will be the last season. The end date has been set, and Shonda Rhimes already has an idea as to how it will end. Here is what was reported:

“Although ABC isn’t commenting, multiple sources confirm to TVLine exclusively that Scandal‘s upcoming seventh seventh will be its last. The network is expected to make a formal announcement at its upfront presentation on Tuesday. I’m told series creator Shonda Rhimes made the call to conclude the series, and ABC accepted her decision.”

In addition to that, TVLine also reported on Shonda Rhimes’ previous comments about how Scandal will end:

‘“I feel like there is a finite amount of Scandal to be told,” Rhimes previously told NPR. “So I know what the end of Scandal will be, and I feel really good about that. And I can see where the end point is. And I don’t think I’m going to change that.”’

A day later, Variety reported the same story, and reminding us that we will no for sure by Tuesday. It is also important to note, that whilst Shonda Rhimes is also busy with her other Shondaland shows like Grey’s Anatomy, The Catch, and How To Get Away With Murder, she is also the executive producer of Still Star-Crossed, a period drama based on  a book by Melina Taub. It follows the Capulets and the Montagues after the deaths of Romeo and Juliet.

I am SO excited to share our new @ShondalandTV show #StillStarCrossed with you. MARK YOUR CALENDARS: 5/29/17 pic.twitter.com/QSQ9oufrjP

Could Scandal really be coming to an end? Is Shonda Rhimes looking towards her future shows?