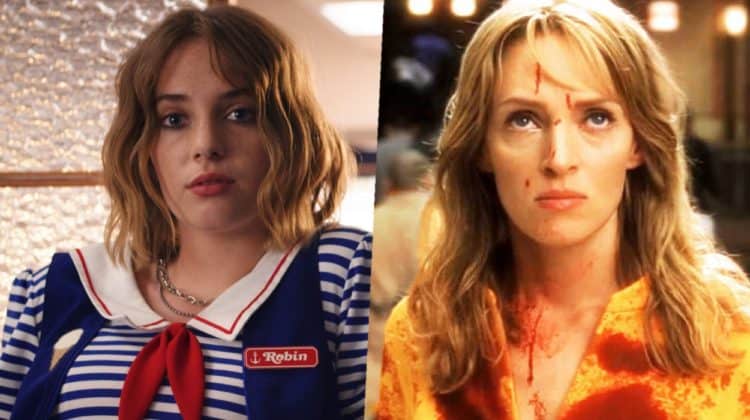 It shouldn’t take too long to figure out that Vernita Green’s daughter, Nikki, would be one of the two that might fuel the possibility of a third Kill Bill movie, but keeping the title after the main villain is dead is likely something that a lot of people would have something to talk about. Of course, there’s also that constant need to point out that Quentin Tarantino has been meaning to retire his director’s seat, after one more movie as it’s been stated. People are definitely wondering what movie he’ll go out on, since there have been a few mentions over the past year or so as to which movie he would like to use as his exit point. But another Kill Bill movie seriously sounds like something that would need to blow the other two out of the water, since otherwise, it might feel like a rather quiet and uncharacteristic way for Tarantino to exit stage left. The mere fact that it’s being brought to the attention of the public at this time doesn’t feel entirely genuine since there have been a few ideas brought up in the past year, and to this date, nothing has really materialized that’s worth talking about.

There is a big possibility that things are going on behind the scenes that a lot of folks won’t know about until it’s time to reveal the decision to go ahead or let it remain a fantasy, but as anyone should be able to guess, people have already been talking quite a bit about what could happen and what might be the best story. So far it involves Sofie Fatale and Nikki Green, as Sofie would apparently take Nikki under her wing after inheriting all of Bill’s assets. Nikki, who would ideally be played by Zendaya, as she appears to be the name that many would want for this role, would be trained for one specific purpose, to take out the Bride, Beatrix Kiddo, who has been on the run all this time with her daughter, who many want to see portrayed by Maya Hawke.

It’s not hard to recall the moment when Nikki walked into the kitchen to find her mother dead at the hands of the woman that she’d wronged so many years before. As much as Beatrix deserved her revenge, so would Nikki, and it’s believed that this would be an epic fight that would perhaps end the story finally, but might also become a fight between Beatrix’s daughter and Nikki, who would be roughly the same age. That might actually be a decent fight if the younger Kiddo was actually trained since there’s no doubt that Nikki would be doing everything possible to become skilled enough and ruthless enough to take down her intended target. Or, the kid could figure that it’s not worth the trouble and, after digging into her mother’s life a bit, with a little help from movie magic, figure out that going after Beatrix wouldn’t be the best idea. The latter option is a logical choice since even an aging assassin is bound to be a deadly one, but it’s not likely that this would happen if fans had their way.

One thing that sticks out however is that the two Kill Bill movies that we already have were easy to watch and were a lot of fun since they had multiple battles. There’s no doubt at all that Tarantino would come up with something else that would be entertaining for the masses, but apart from a Nikki/Kiddo fight, one has to wonder who else could be brought into the mix that people would care about. In the first two movies, it was established very quickly who some of the main characters were with some clever narration, and despite the fact that the Crazy 88’s were all a bunch of goons it was amusing to watch Beatrix take them all on and do better against a bunch of morons with katanas and axes than she did against the member of the Deadly Viper Squad. Seriously, she was messed up worse by fighting one person at a time than she was when fighting a group that had her surrounded. Maybe her daughter will be a little more gun-happy and a fight between her and Nikki would take up more space and cause more collateral damage, who knows.

The main point here is that fans would love to see Tarantino go out on a high note, and this might actually be one of the best ways to do such a thing, especially if it comes down to the daughters of Beatrix and Vernita finishing a feud that was never theirs to begin with, and only passed to Nikki since she was in the house when her mother died. It’s a workable idea, but until we hear more about it’s more fanciful than factual.