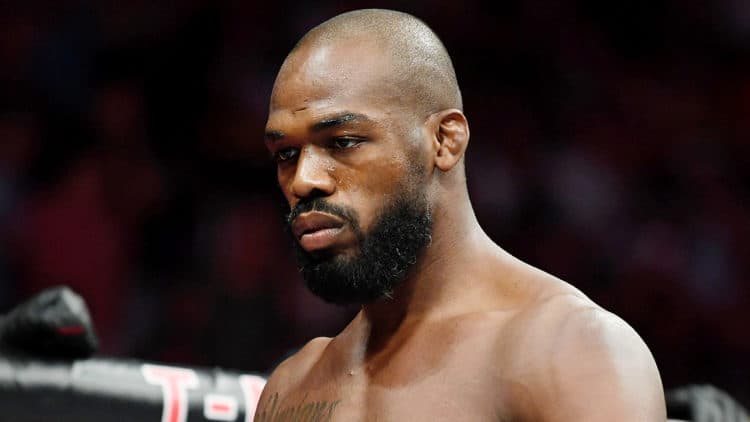 Who is the greatest mixed martial artist in the history of the UFC? I think a lot of fans would put Jon Jones at the top of that list. Out of all the fighters who have fought in the UFC and became a champion, he has got to be the most controversial guy to do it. And technically speaking, he still is a part of the game. Ever since he vacated the Light Heavyweight belt back in 2020, Jon “Bones” Jones has been preparing for his debut in the Heavyweight division. The word is, he will apparently fight either Stipe Miocic for the interim Heavyweight title or he’ll just get that big title shot against the current Heavyweight champion, Francis Ngannou. Whichever guy he fights, it’s sure to be a big fight that will entertain UFC fans.

The thing is, we’re all unsure if either of those fights will happen. Does he even deserve it? Maybe not, but then again, he wouldn’t be the first fighter to get an undeserved title shot. If you’re name is big and Dana White likes your fighting style, then you’ll get your shot. That, and if your name draws a crowd for those big pay-per-views, then it’s a fight to make. For the case of Jon Jones, however, his whole history of controversy is what makes it difficult for Dana White to set things up. And given his recent arrest and the release of the footage, the future of his fighting career is certainly in question.

I personally want to see him fight again and I think he will. He’s spent all this time building some muscle on his tall and lengthy body, so he should probably make use of it. Whether or not he fights again, the story of Jon Jones is one of both inspiration and tragedy. Perhaps that is why UFC fans have been paying attention to his career for so long. Since 2015, we all have been waiting for the next time Jon Jones would be getting into trouble. And guess what? He just couldn’t stop getting into trouble. As time went on, we UFC fans just started making jokes about it, but after his most recent legal trouble with domestic assault, it’s just too much. The man is a natural talent and it’s a shame he just can’t seem to get the monkey off his back.

But you know what? His life story would make for a good biographical movie. When I think about this, I think about certain movies like the phenomenal Bohemian Rhapsody. Now I’m aware it didn’t really get all the facts straight about Freddie Mercury’s life. However, I think the message the movie was trying to send was clear. Freddie Mercury had his demons and made many mistakes, but he was still just a regular person like everyone else. He lived his life, made many friends and enemies along the way, but he cemented his status as one of the most legendary musicians of all time.

I believe something similar can be done with the life and career of Jon Jones. I mean, you can just call the movie Bones and UFC fans will know what’s up. The challenge is how much the movie will cover. Personally, I think it should start from the beginning of his life, especially his days as a college wrestler, to his title win over Shogun Rua. What made that particular title win so inspirational is that he was 23 when he did it. This made him the youngest fighter to capture UFC championship gold. Like, ever.

If that’s not impressive enough for you, then how about his historic title defenses that lasted for almost a decade? And yes, that does include his first suspension and loss of the Light Heavyweight belt back in 2015. He would eventually reclaim his throne back in 2018 in a rematch with Alexander Gustafsson and after that, he would defend his title three more times. The point is, he never lost his belt and technically never lost a fight in the octagon. His only loss was by disqualification against Matt Hamill, a very controversial one at that. This was back in the early days of the career of Jon Jones, which is something any aspiring fighter should admire.

It’s no question that Jon Jones is a controversial figure in the sport of mixed martial arts. I think that makes for a good story to tell because there’s so much to explore. Of course it’s not all good, but who knows what will happen by the end of this year. With his most recent troubles, particularly his fiancee leaving him and his coach kicking him out of Jackson Wink MMA, I think this is undoubtedly the lowest point of Jon Jones’ life. Maybe things can go right for him in the near-future, but only time will tell. I do hope he makes a comeback in the cage and in his life. That would make for a fine ending for this proposed movie idea I have, but what will happen in the middle?

I think that’s the place for where the controversy of Jon Jones all began. I mean, it’s already enough to fill a separate wikipedia page, but I think a movie should concentrate on the most significant incidents. The first controversy is probably the most notorious one: his hit-and-run of a pregnant woman. He fled the scene and the next morning, he turned himself in to the police. This incident is what led to the UFC stripping him of his title. It would be very interesting to see his journey of reclaiming the belt. And wouldn’t you know it, that’s when the controversy just kept piling up for Jon Jones.

In 2016, he won the interim Light Heavyweight title against Ovince Saint Preux. He was later stripped of that belt when he failed a drug test, which would subsequently postpone a rematch between him and his most bitter rival, Daniel Cormier. Jon Jones would eventually get the title shot for the big belt in a rematch with DC, which he won by TKO in the third round. But guess what? He would later be stripped of that belt as well, due to a failed drug test, and that was for a turinabol metabolite, an anabolic steroid. This has got to be one of the biggest controversies of Jon Jones and his career. He and his team have maintained the defense that it was a tainted supplement, which could or could not be true.

But for the sake of making a biographical movie, the very fact that Jon Jones won the belt back, only to loss it shortly afterwards is something that movie can work with. That would work well for the middle part and seeing him make his comeback in 2018 would make for a good redemption story. However, the controversies just kept piling up after that and after his arrest footage surfaced online, I’d say that tops it all off. Like I said, I hope Jon Jones does bounce back from this. I would still say he is one of the greatest mixed martial artist of all time, if not the greatest. His tainted legacy has certainly prevented this, but you never know. He can always make a comeback. That would probably be his third comeback, but he’s made a habit out of it.

I would very much like to see Jon Jones fight again, despite all the controversy. Whether or not he fights again, I still think his life story and career is perfect for a biographical movie. Who would play him? That sounds like a tough casting, but how about Yahya Abdul-Mateen II? He actually kind of looks like Jon Jones, not to mention he has the physicality. There might be someone else out there more suited for the part, but he comes to mind when I think about casting Jon Jones.