Home
Movies
A Complete Overhaul of Goonies Could Work 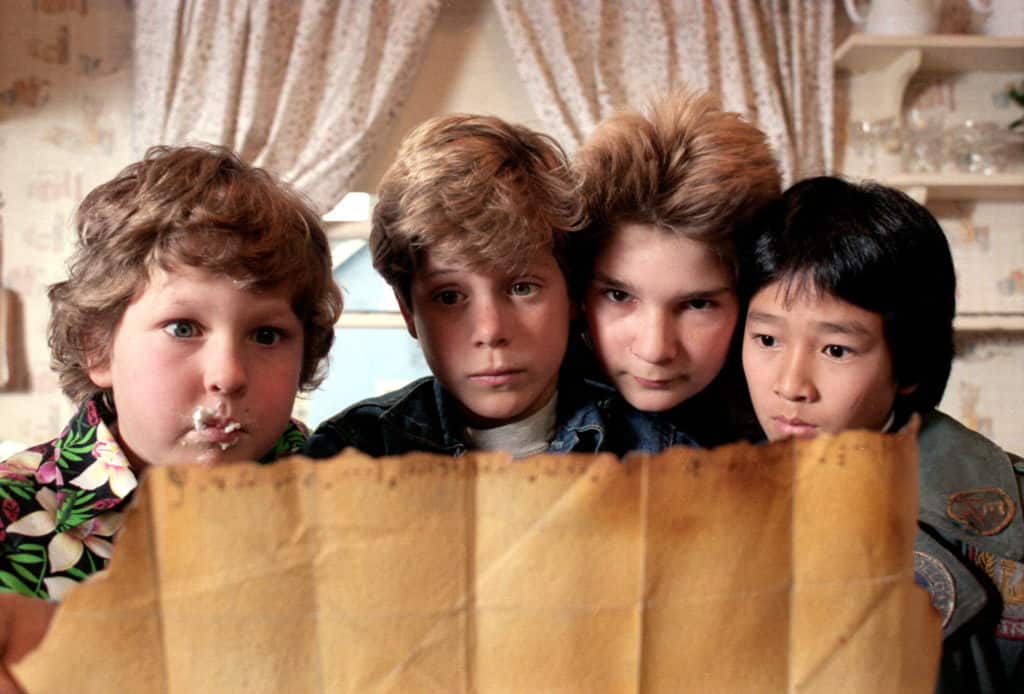 The idea to bring The Goonies back into the mainstream has been one that a lot of fans have been kicking around for a while, and it’s also one that more than a few people have thought would work, while others have argued against. Personally, I’ve been playing both sides of the line since it’s true that the idea could be brought back, but unless it’s done so in a manner that mirrors or at least pays a good deal of respect to the original then it’s not worth it. But giving the Goonies an overhaul would be great since it would be something that might conform to the current era while keeping the wonder that made the original so great firmly in place so that fans from back in the day could enjoy it just as much as kids from the current era. It shouldn’t need to be said, but the fact is that from a cinematic standpoint, things have changed over the years, and in terms of the effects, it’s easy to think that CGI and other special effects would take place of the more practical sights that were seen in the original movie.

That feels like it would be a mistake, but it might be hard to avoid depending upon how the movie was to be set up. Trying to go back to the past doesn’t feel as though it would be good idea, and in fact it might be something that many fans would ignore outright. But keeping things in the current era would require a lot of changes since the technology has changed, the common practices of many upon many people have changed, and this movie would no doubt need to acknowledge that the simple effects wouldn’t be quite enough for people since looking back at the original movie at this time one can’t help but feel that it was kept simple to keep children amused and little else.

Face it, when you’re a kid it doesn’t always take much to make a person think that something could be dangerous, exciting, and exotic enough to either shy away from or move toward in excitement. For instance, being one of the many individuals that grew up around and on the southwestern Washington coastline, right across the river from Astoria, where the story takes place in fact, it’s a laugh to think that anyone could go from the jail to the beach approach in Cannon Beach, which is beyond Seaside, a rather good drive from Astoria, in a matter of minutes. Plus, the fact that the boys rode their bikes on a day trip from Astoria to Cannon Beach (Haystack Rock is in the distance when Mikey holds up the doubloon) is kind of ridiculous since mothers these days would be flipping out if their kids were gone for more than an hour or two. The practical effects of the Goonies were absolutely cool to kids, but seeing them through the eyes of adults, and with the benefit of life experience and what would work and what wouldn’t makes a huge difference. But the movie could still work in a big way by forgetting what could and probably would happen at certain points in the movie. Hell, movies still do this and people can’t help but be entertained.

The Goonies is a fond memory for many people since it inspires a host of emotions as well as the type of adventure that a lot of kids enjoyed back in the day, and a lot of kids still enjoy today. The chance to go on an adventure, the chance to find something that few others could, and the chance to be the hero at the same time, tends to be a drive strong enough to entice a lot of people. But in all honesty, the inclusion of technology might be thought of as a good way to update such a movie, though some might see this as an impediment. In all honesty, it might make things a little more interesting since the fusion of technology and practical effects has been able to elevate a few movies over the past several years, and it’s been fun to watch.

There is word of a Goonies show coming to Disney+, and while it might be a fun time, it already sounds like something that might reduce the original idea to something that will drag on and on without any clear sign of an ending until cancellation becomes the only option. If it does work then great, but it still feels as though another movie might be warranted since it’s fair to think that the Goonies would be best if seen on the big screen again. Perhaps the movie could even make use of some of the actors that made it so great, either in cameos, or perhaps as parents. Now THAT would be hilarious.

Here’s Why ‘Eraser: Reborn’ Will be a Dud
Comics Lists News Things You Didn't Know Whatever Happened To