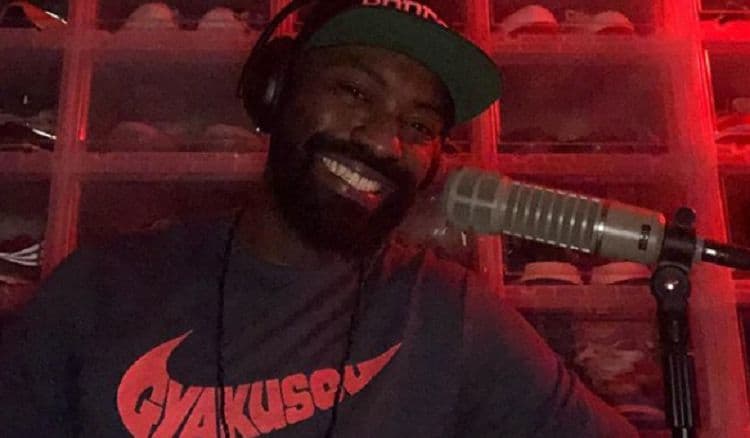 The one thing that technology, live streaming and the emergence of internet networks have done is open up opportunities for almost anyone who has the drive and creative to find a platform to share what they have to offer. For those who could not find an opening in Hollywood and the music industry, there is always the chance to become a YouTube sensation or to become Instagram Famous. One person who has definitely taken his wittiness and creativity and paved an exciting road to celebrity and success is Desus Nice. Desus Nice and his “ACE,” The Kid Mero, have maneuvered their way through an impressive maze of obstacles to land their own TV show.

Desus is quite the character and his fans absolutely love him, but there are still some things that you probably are unaware of, so we decided to offer five facts that you didn’t know to help you become more familiarized with Desus.

One of the reasons that Desus has experienced success rapid success is the fact that he is a natural. Have you ever been around a person who doesn’t even have to thing to produce a snappy comeback or a hilariously relevant statement? Well, I grew up with one (my youngest brother), and there is never a dull moment. Desus’ possesses infinite ammunition when it comes to comical content and witty responses. He is, without question, what you would call a natural in every sense of the word.

2. He Has Gone From Podcasts to TV Shows Seemingly Overnight

While he will quickly tell you that his rise to his current position has not taken place over night, it definitely seems as if it has. Actually, it has been a journey over several years, but when you take the time to consider the massive distance he has traveled to move from hosting a podcast to being the host of a popular television show, it is immensely impressive. It seems as if all of this success has been effortless, but a brief discussion with this comical genius and you will find out that a great deal of effort has been invested into his progression.

3. He Always Has His Hands in Something

You would think that a popular TV show, and all that comes along with it, would be enough to satiate the thirst for success housed within the heart and mind of Daniel “Desus” Baker, but it is not even close. Even as he and Joel “The Kid Mero” Martinez enjoy the success of the show, they admit that they are working on a number of projects that they have been sworn to secrecy on as far now. This means that we can expect even more from the two of them in the coming months and years.

4. Desus and Mero Have Known Each Other for Years

Desus and Mero admit that they have known each other for years; however, it was not until the two connected on Twitter decades later did they realize the powerful conversational chemistry that existed between the two of them. They realized that every time that they came together on Twitter the conversation just flowed and they determined that they needed to get together to explore the possibilities that this type of chemistry creates.

Desus points out that what he and Mero are able to may look easy on the surface, and that is due primarily to the immense chemistry that they share. They literally feed off of one another. However, he reveals that even with something as simple as a podcast, which is how of this got started, things can go wrong and turn a good idea into a horrible mess. All it takes is poor recording quality or imbalanced audio levels. A lot can go wrong, but that is what makes the success of this young man so remarkable — they successfully managed the obstacles that were before them.