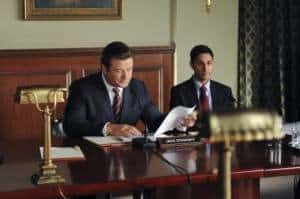 First of, I think I might get a little too excited when I see someone from The Wire appear in anything (Marlo is in the new Halo game!) so I must admit this episode scored some extra points just for Reg E. Cathey appearing as the most soulful talk show host in the known universe.

Awesome cameos aside, which there are an abundance of in tonight’s episode, 30 Rock nailed it once again this week. With It’s Always Sunny in Philadelphia and South Park returning this year, 30 Rock completes that axis of awesome with its own brand of absurd social commentary. Diversity in network television was tackled tonight.

In the past ten to 15 years, network T.V. diversity has increased exponentially. There are fantastic Black, Asian, Latin, Indian and gay characters on many different shows these days. What got one of my biggest laughs of the night was when Congresswoman Regina Bookman (played by Queen Latifah) asked Jack, “Why is NBC so racist?”

What was funny, to me, about it was this line was smack-dab in the middle of a night full of Outsourced promos. I’ve seen an episode and a half of this show, and it felt like the show painted its Indian characters with too broad of a brush. That said, Outsourced may prove me wrong over the course of the season.

Tonight’s episode was superb as expected and next week’s live episode should definitely be worth watching, just like the rest of the series.

Also, I would totally watch Dot Com’s show as long as the talking dog wasn’t there.