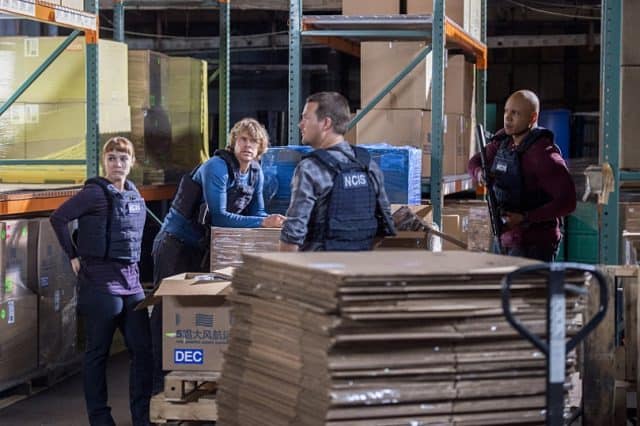 First rule my dad ever taught me, don’t ever drink something if you haven’t had eyes on where it came from. The guy who crashed the party in this week’s episode of NCIS: Los Angeles missed the memo. Granted most people don’t expect to be poisoned when they get to drinking at a party. It’s just a good rule of thumb regardless. This week’s case of unfortunate poisoning has a little bit of gang violence, a little bit of government corruption, and a whole lot of sentimentality for the team’s favorite side-lined agent.

USCIS agent Jessie Evans is the second agent to be set up and poisoned by a Triad assassin Granger recognizes as Ming-Wah. She worked for a Chinese gangster named Zhang Kiu up until his death the year before. So imagine NCIS’s shock when they find Ming-Wah and a very much alive Kiu in a warehouse full of counterfeit purses. Both USCIS agents were investigating Kiu’s immigration papers, so they were silenced. But if the government thought that Kiu was dead, how did the Triad know his cover was about to be blown? Let’s just say a Chinese spy in the Department of Homeland Security is a disaster waiting to happen. Unfortunately it would be very easy considering government jobs aren’t that lucrative. While Kiu is in the boat shed, Ming-Wah tries to silence their DHS mole, but ends up on the wrong end of the gun.

The Triad’s plant in DHS, Donna Merritt, escapes with her life and it has nothing to do with luck. Ming-Wah wasn’t trying to kill Merritt because she knew too much, but because she was doing too much. Merritt was building her own counterfeiting empire separate from the Triad’s, with an extra income from counterfeit prescription drugs for good measure. Criminals tend not to like when their partners cut them out of profits. NCIS catches up with Merritt just as the Triad try to kidnap her. Which means that NCIS has to risk their lives to protect a traitor. She didn’t deserve to die for all the trouble she caused, but the team had incentive to save her since she needed to tell them where the rest of her illegal prescriptions were.

While Kensi is convalescent, Nell remains partnered with Deeks. She’s a great agent, but a terrible driver. Nell is great in Ops, but if she stays in the field for extended periods of time, Eric’s going to need a new babysitter. Granger is feeling intense pressure being short-handed an agent, not to mention his boss. He starts the process of looking for a new hire to replace her. Before he does though, he pays Kensi a visit and speaks to her mother. Remember that Granger had a history with Kensi’s father. Couple that with Granger’s newfound fatherhood, and you can see the cracks in his stone cold demeanor.

Seems like everyone but Kensi knows that she’s engaged. The engagement ring on her finger would be good incentive to wake up, but it’s probably best not to leave it there in case it goes missing. The only other option would be for Kensi’s mom to keep an eye on the ring, but that’s a 24/7 job that would probably be better served sleeping and talking to doctors. When Deeks isn’t at work, he’s sleeping in the chair next to Kensi’s bed. Now back in Los Angeles, Hetty skips regular casework in favor of searching for the mole. She does take a little time out to relieve Deeks’s vigil for a night. Like the fighter she is Kensi squeezes Hetty’s hand to let her know she’s still here.

Is Kensi coming back, or does will she have setback?

This week on NCIS: Los Angeles, Nell steps up as everyone wonders if and when Kensi will recover. 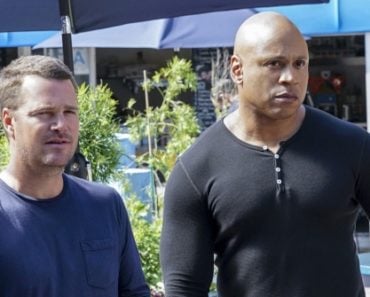 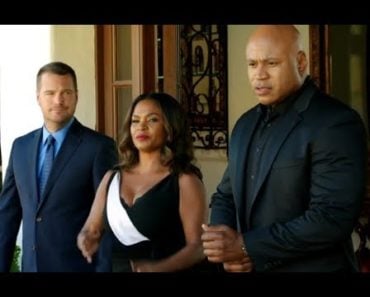 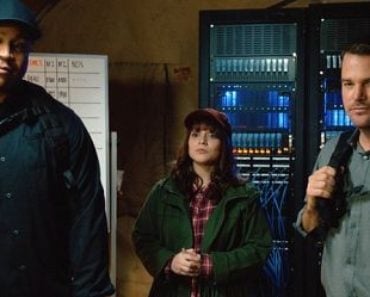