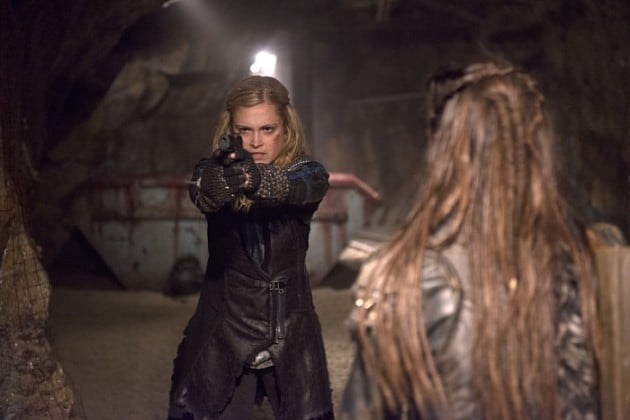 Wow. Honestly? I’m speechless. Another season of The 100 is in the books, and I’m already ready for the next one to start.  The finale was so intense, epic, and heartbreaking all at once…and I would change nothing.

This week on the season finale of The 100: Abby, Kane, Raven, Wick, and more are captured by Mt. Weather. Jasper, Monty, Bellamy, and Maya unite with Clarke and Octavia in a last ditch effort to save their people. Tough calls are made, and lives are lost. Meanwhile, Jaha and Murphy reach a destination, and Lincoln is faced with a tough choice.

I love episodes of The 100 that everyone takes part in. All of our favorite characters are back. The show is always visiting different character pairings and mixing it up is great, but it was nice to get the band back together for the finale. The ensemble element is something that has always worked in the show’s favor, and tonight was no different.

If I comment on everything I saw that I loved, we wouldn’t have time. I loved that there was no redemption arc for Lexa. She’s just gone. I loved the choices they made with Lincoln. I was super satisfied when Cage got what was coming to him from Lincoln. Like, wow. I loved that everyone inside Mt. Weather thought that Octavia was a Grounder. Marie Avgeropoulos has just done a fantastic job this season. I’ve commented before on how much I have loved her character arc, and I’m still not disappointed. Octavia rules!

I loved a lot of things about this episode, but my one of my favorite things about this season has been Jasper’s journey. He’s really come into his own as a character, and Devon Bostick has done just a fantastic job conveying that. Jasper went through some really crazy stuff in this episode. So much that there could even be a rift between him and Monty! Jasper experienced some serious heartbreak (RIP Maya), but I’m only excited about that because that means the character is going to go even more interesting places.  Jasper is one of the main reasons I’m excited for Season 3, because I cannot wait to see where they take the character.

And can we talk about Eliza Taylor for a minute? Each week, I am blown away by how good she is. I watch a LOT of TV, but there isn’t much that I can watch and feel things right alongside the character. Eliza Taylor helps me feel Clarke. I can feel her conflict, and the need to save her people just barely outweighing the need to treat the people of Mt. Weather with humanity. Lexa has clearly had a lasting influence on Clarke, but you can feel how heavy the weight was on her conscience. The 100 often evokes my emotions, but Taylor and Bob Morley broke my heart in the scene when they let in the radiation. You can just tell that it’s not the choice they wanted to make, but they knew they had to. Eliza Taylor is a brilliant lead actress, and the season as a whole has been fantastic. I don’t care if Clarke doesn’t come back to camp. I’ll follow her anywhere.

Jaha and Murphy’s story I saved for last, because I found it, by far, the most intriguing. I’m certain that the show will rely heavily on it in the future. I can’t blame Murphy for being unimpressed when Jaha, the king of positive thinking, threw a man overboard. I was shocked that he did it. I’m not surprised that it caused a rift between Jaha and Murphy, and I’m not surprised the two split up. What DID surprise me is everything that happened next. I’m assuming that the place Murphy found is a bunker, kind of like the one that Finn and Clarke found. The solar panel that Murphy uncovered is what’s generating the power. What I want to know is who is that guy? Who is the “she” he is referring to? I’m wondering if “she” is the same “she” that Jaha met in that HUUUUUGE house. I have so many questions, which I guess is good, because you know I’ll be back for Season 3!

All in all, this was everything you could have wanted from a finale. It gave you closure on one story and asked enough questions to keep you interested before the next season. I was blown away by almost everything the show did this season. All in all, I have no complaints. The characters are strong, the story is strong, and the action keeps you enthralled. I can never, ever predict what’s coming on The 100, and I can’t say that about too many shows.

There’s nothing else I can say, except congratulate The 100 production team and cast on a job well done. I’m very much looking forward to Season 3, and it’s been a pleasure to tell my audience how much I’ve loved your show. Keep up the good work.

What did you think? Did you enjoy the season finale? Will you be back for more next season? Let us know! 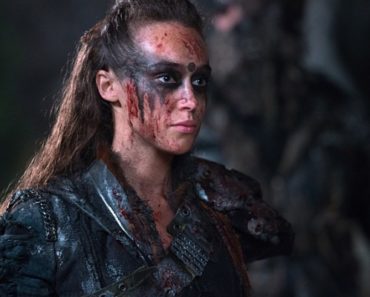 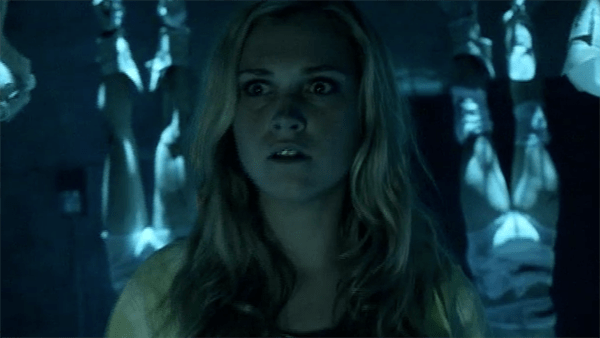 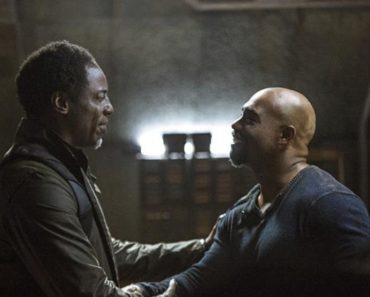