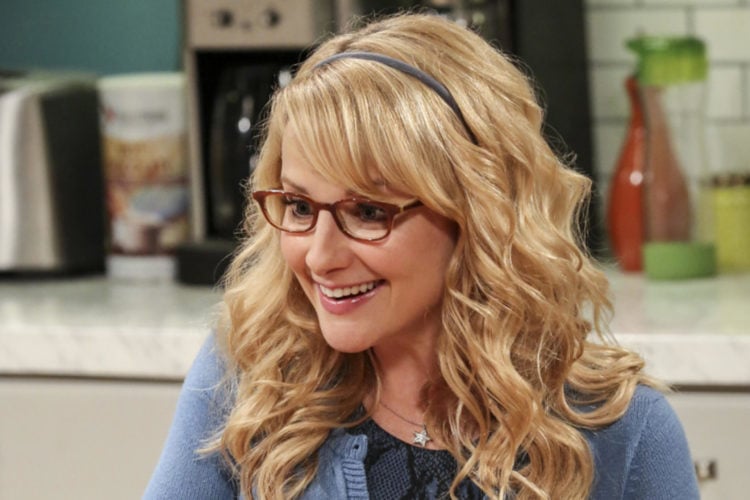 It might be a little hard to recognize Melissa Rauch without her signature look from The Big Bang Theory but there’s no mistaking the voice when she breaks it out. As one of the hottest acts on TV she’s pretty distinctive and has been working hard to create and maintain a career and possibly a legacy if she continues to wow audiences with her talent. The life she leads off screen seems to be one that has met with its fair share of difficulties and hardships but to date she has managed to push through and be an inspirational as well as professional character that has amazed a lot of people and impressed many more. Where she’s going to go with her career at this point is hard to say but given that she’s been such a success with a few different projects it seems fair to state that she’ll be around for some time to come.

1. While she was in college she performed stand-up comedy.

She had to get started somehow and somewhere, right? A person doesn’t just pick up a career and get moving, at least not on a regular basis. She put in a lot of hours on the mic to make sure that people liked her and so far it seems to have paid off in a big way.

I don’t mean that she’s 5’3″ and tiny. She stands about 4’11” and, with all respects, is all woman. But she is a slightly diminutive individual and doesn’t really measure up to a whole lot of people since the average for women is easily five inches or so above her.

3. Her character, Bernadette, is based on her mother.

That nasally whine that is endearing to some folks and kind of annoying to others came from her mother apparently, a trait that Melissa doesn’t have normally but does so well that it made Bernadette a more complete character.

4. Melissa admitted to having a miscarriage not long after announcing that she was pregnant in 2017.

It’s not easy for a woman to admit that she had a miscarriage, ever, but Melissa made that admission not long after announcing her pregnancy in 2017. Thankfully the pregnancy went just fine and she and her husband are now raising a healthy child.

5. She met her husband in college.

Marrying your high school sweetheart is something special but it’s growing increasingly rare since a lot of people don’t stay together that long, but college sweethearts still manage to last for a while at least. It might have something to do with the maturity level that one gains after a year or two spent away from their comfort zone.

6. Theater was a big part of her life in high school.

Melissa admits to being a theater nerd as it was an important aspect of her life and something that she fell headlong into without any hesitation. Some folks don’t have any reservation when it comes to selecting what makes them feel valuable in one way or another.

7. Her manner was a little surly when she was still making her way to fame.

You could say that having to wait tables and deal with customers got to her at one point. Anyone in the food and hospitality industry will attest to this at some point since quite honestly waiting on other people can be a decent job, but it can also be an unending chore that is ultimately quite thankless.

8. Disneyland became her method of staving off the blues at one point.

Upon moving to California she and her husband acquired season passes to Disneyland, which served as her method of calming down and remembering to enjoy her life when she was feeling down. It’s a bit of an expense really, but being able to go to one of the happiest, albeit expensive, places in the world has its perks.

9. She had a fear of becoming like Snooki if she stayed in New Jersey.

This might seem like an extreme thing to say but at the very least it seems like Melissa was becoming somewhat stifled where she was and needed a change of scenery. Sometimes changing where you’re at is one of the only ways to really feel better about yourself and your situation. Since her move she’s had some challenges but at this point it seems as though she’s found her place and is quite content.

10. Her salary on The Big Bang Theory went from $20 thousand to $450 thousand per episode during her time on the show.

It seems the longer she stayed the more people loved her, and as a result her paycheck began to increase in leaps and bounds as her character became more popular.

11. She Has Worked as a Waitress

Just like her character Bernadette in ‘The Big Bang Theory’, Melissa Rauch has worked as a waitress. Her very first job as a waitress was at a place called Johnny Rockets in New Jersey. She also waited on tables at a sports bar.

12. Rauch Has Become a Sex Symbol

Rauch was surprised to find herself becoming a sex symbol once she began her acting career. In 2014, she was listed in 64th position on Maxim’s Hot 100 list. In 2013, she did a raunchy S&M inspired shoot for Maxim magazine. IN the shoot, she wore a black corset and had a snake draped over her.

13. She and Her Family Were Fans of ‘The Big Bang Theory’ Before She Got the Part

In interviews, Melissa Rauch has described herself as a huge fan of ‘The Big Bang Theory’ before she even landed the role of Bernadette. Therefore, she was elated when she got the job. Someone else who was just as delighted as her was her father as he is also a massive fan of the sitcom.

14. She Has Collaborated with Her Husband on Several Projects

Not only does Melissa Rauch enjoy a romantic relationship with her husband, Winston Rauch, but she also has a working relationship with him. The couple has collaborated on several projects together, including working together on her one-woman show ‘The Miss Education of Jenna Bush’. They also collaborated on the film ‘The Bronze’. While her husband was the writer of the film. Melissa played the role of a foul-mouthed, whiskey-drinking, and pot-smoking former gymnast. In the film, she does a rather vigorous sex scene. The film premiered in 2015 at The Sundance Film Festival.

15. Rauch Was Briefly in ‘True Blood’

Although she is best-known for her role in ‘The Big Bang Theory’, Rauch has played many other television roles. She once played the role of Summer, a girl who had a fling with Hoyt, in ‘True Blood’. She appeared in six episodes of the HBO vampire series in this role.

16. Laughter Is Important to Her

Rauch has said in interviews that laughter is a vital element of her life. She loves to make people laugh and equally enjoys others making her laugh’ When asked about her taste in men, she said that it is essential that a man is funny and described herself as a sucker for a funny guy.

In her spare time, Melissa Rauch likes to play boardwalk games and to visit arcades. This is something she has enjoyed doing since her childhood. One of her biggest passions, though, is rollercoasters. She has said in interviews that it took her many years to reach the height restrictions. Once she had achieved this goal, she swore that she would never waste any opportunities to ride a rollercoaster.

Many celebrities do not enjoy the experience of meeting fans and having their photograph taken. They do not like the invasion into their personal times. This is not the case with Melissa Rauch. She says that she loves meeting fans and that is one of the reasons why she enjoys Comic-Con events so much. She loves to shake hands with fans of ‘The Big Bang Theory’ as she feels they have a shared passion.

19. Her Brother Has Also Appeared in ‘The Big Bang Theory’

Melissa Rauch is from a talented family as her brother, Ben Rauch, is also an actor and writer. Melissa and Ben have worked together as Ben once appeared alongside his sister in ‘The Big Bang Theory’. He played the role of Darren in a 2019 episode of the sitcom titled ‘The Conference Valuation’.

20. She Was Brought Up Jewish

In ‘The Big Bang Theory’, Bernadette is Catholic while her husband, Howard Wolowitz, is Jewish. This is something that the on-screen couple believed was a potential problem in their relationship. In real life, Melissa Rauch was actually raised in a Jewish home. However, she does not talk much about her religion. The one time she has mentioned it was in an interview on ‘Entertainment Tonight’ when she described waiting for her first script for the sitcom as like waiting for Christmas. She went on to explain that she didn’t celebrate Christmas, but she imagined the feeling would be the same as a Jewish girl would experience if they did celebrate Christmas. 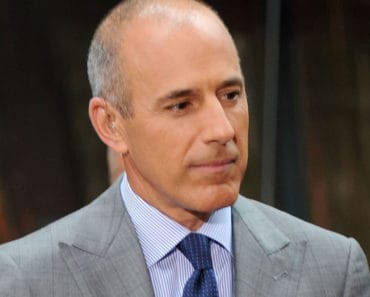 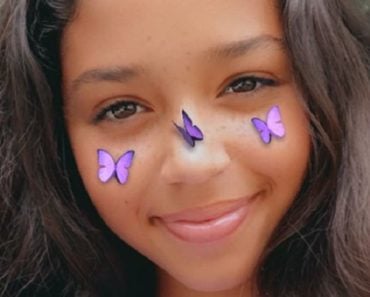 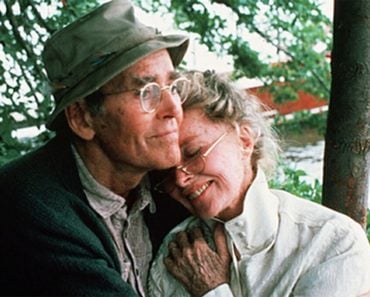 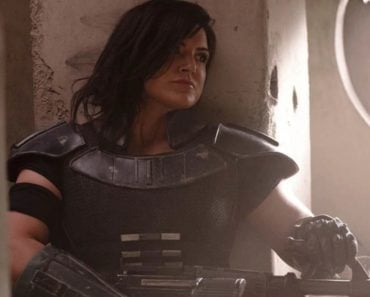 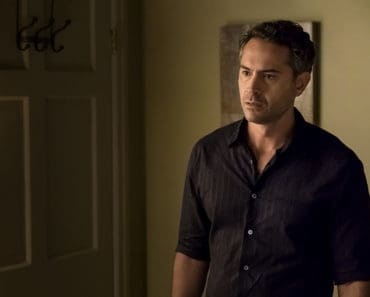 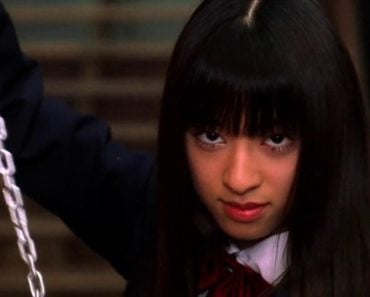