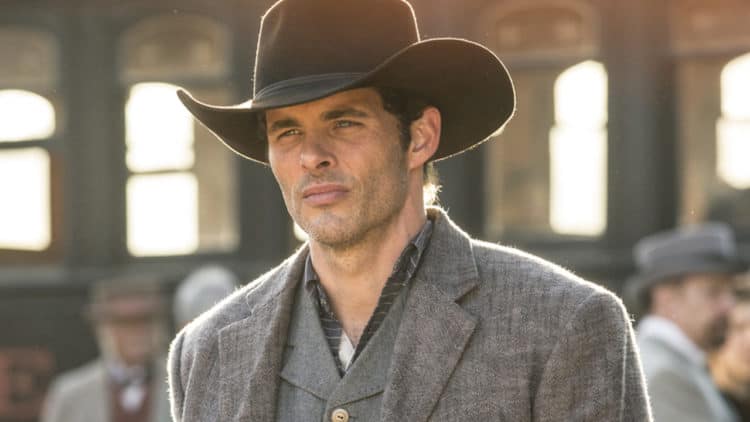 He says that he likes to switch it up but there’s a certain intensity to every role that James Marsden plays that makes it seem as though there’s one element he holds in reserve no matter what he does. It doesn’t make him any less of an effective actor, and in fact it does enhance some roles, but there’s that one quality that doesn’t seem to go away, that touch of something that he carries with him whether he knows it or not. With that being said it’s also fair to state that everything he has done, whether it’s been well-received or not, has been actually quite well done since he does throw himself so readily into his roles. Whether he’s been the rebellious teen in one movie or the uptight leader in another he’s always on point and is able to mesh fairly well with his costars to make a quality film.

Here are a few things you might not have known about James.

10. He auditioned for a role in Primal Fear.

His audition was for the part that eventually went to Edward Norton. While it might have been something that could have elevated his career at that time it still seems as though the part went to the right person since watching James do a part that would require him to appear weak and uncertain just doesn’t seem to play as well as it did with Norton.

9. James had to wear lifts to appear taller in X-Men.

It’s kind of funny to think about it since Cyclops was supposed to be around 6’3″ while Wolverine has always been among the shortest of the bunch. But in real life James is actually shorter than Hugh Jackman and Famke Janssen, so he had to wear lifts in order for his character to appear a bit taller.

8. He’s actually an accomplished singer along with being an actor.

You might not get to see it or hear it as often but James does have a rather nice voice and is able to let it fly whenever he’s given the chance. His acting ability seems to be what most people want to see however.

7. James has starred in two musicals.

For his roles in Hairspray and Enchanted he had to get into character and actually let his voice ring out a time or two. In fact for Hairspray he admits to sticking around just to watch sequences that he wasn’t in because he enjoyed the experience so much. During Enchanted he admits the outfits were a bit stuffy but they did help to enhance the mood.

6. He really doesn’t like being judged by the way he looks.

A lot of folks might not shed a tear when an attractive person doesn’t like it to be assumed that they’re successful, but in all honesty James doesn’t care for people looking at him and making the assumption that just because he’s handsome he must be doing something right.

5. His opinion of expectations that people have of him is that he’d rather be an up and comer than a star.

James’ whole idea of fame is that once it gets to a certain level the expectations that people put on celebrities is simply too much and too nerve-wracking to keep up with all the time. So quite honestly he’d rather be seen as someone with potential that hasn’t quite gotten there yet.

4. He likes having constant work but he doesn’t want to get incredibly famous.

The steady paychecks and the ability to pay his mortgage and take care of his family is definitely a bonus on top of the fact that he gets to do something he really cares about, but in terms of his popularity James would love to see his career stay right where he wants it to be and not go any further.

3. James tries his best to set an example for his kids.

A good example of this is that he and his family still fly coach when going anywhere as he doesn’t want his kids to grow up thinking that they’re entitled to anything without working for it first. That’s honestly one of the most inspiring things a celebrity has done in a while.

2. He likes to change it up in terms of the parts he takes.

It goes without saying that a lot of actors don’t want to be typecast and neither does James. He likes to switch it up now and again so he can’t be easily dumped into one category or another. This way he can actually get into what he’s doing and not feel as though he needs to seek out certain roles.

1. James would rather be comfortable in his own body than meet the expectations of others.

He does enjoy being in good shape but he doesn’t feel the need to be chiseled or in any way conformist to the ideas of what people find sexy.

He’s a very down to earth person it sounds like, good on him.