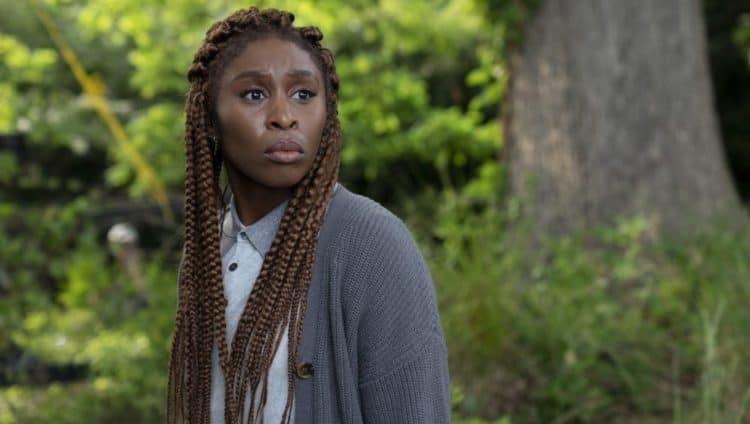 If you don’t know anything about Cynthia Erivo don’t feel all that bad, but definitely feel the need to go brush up on who she is and what she’s done. It’s kind of difficult to keep up with everyone that’s trending and getting bigger these days in terms of their reputations and career, but some are quite interesting when you really get an in-depth look at them and you could possibly find out something that turns you on to whatever they’ve done. It’s even possible that you could become a fan of that person if only because you like what they do and what they stand for. But in all honesty Cynthia has been around for less than a decade so it’s easy to see with everything else going on how people could miss her if they don’t run in the same circles, but when you get a moment it might be nice to see what she’s done.

Here are a few things you might not have known about Cynthia just to get you started.

10. She’d began a music degree before moving on to Royal Academy of Dramatic Art.

A lot of people that have been in college have decided to change course only partway through since things do happen from time to time that make it necessary to switch it up and head off on an entirely different path than the one they were currently on. In this case though music and drama are pretty closely linked in many ways and it likely wasn’t a huge switch.

9. Cynthia has performed in various roles on Broadway.

This is likely where she’s had the most success so far since she’s been an award-winning actress and has gained a great deal of fame from this part of her life. Some folks do exceedingly well on stage and then mediocre in front of the camera. But so far it would seem that Cynthia is still building her reputation when it comes to being on screen.

8. She’s going to be playing the star role in a biopic about Harriett Tubman.

This is no doubt going to be something that can make or break her career since Harriett Tubman is the kind of historical individual that many people will want to see portrayed accurately and without a great deal of embellishment. She has a lot to gain on this if she does it well.

7. Cynthia will be teaming up with Josh Gad for a musical.

It sounds like something about Rip Van Winkle, the old tale that many of us have heard of since we were young, but apart from that you’d have to really dig into the project and see just what’s going on at the moment.

Cynthia does have a few followers, enough to make it seem that she is in fact quite popular, though she definitely doesn’t boast the same numbers as a lot of other celebrities. That being said though she definitely seems to thrive more on performing than maintaining her social media persona.

This is how you know she’s that good since it’s not just anyone and everyone that receives this award. While many have in fact won a Tony it’s always been for the kind of exceptional quality their act has been seen to have. And for her part in The Color Purple she was given the kind of recognition she deserved.

Keep in mind that she did have a big interest in music as well so it’s not too surprising to see that she went back to it and made a career that helps bolster her acting career as well. She’s been exceptional in many ways throughout her time in show business so far.

If you look through her Instagram account you’ll find a great number of pictures in which she’s wearing one outfit or another that might not make sense to your eyes but does seem as though it belongs in a fashion magazine or on a model that’s making her way down the runway. She does seem to enjoy getting dressed up on occasion and looking her best.

2. It would seem that she’s at least interested in activism.

It seems wrong to say that being an activist is trendy but to some folks it seems that way. Cynthia is no doubt someone that enjoys the idea of equal rights and justice for everyone but it also seems as though she’s not quite the firebrand that others are.

1. She attended an all-girls school when she was younger.

It’s hard to say if this would be a boon or a detriment to a person’s social and developmental growth but it’s also evident that it doesn’t really matter since so many people that attend all-girl or all-boy schools grow up to be just as well-adjusted as anyone.

Seriously, go check her out.