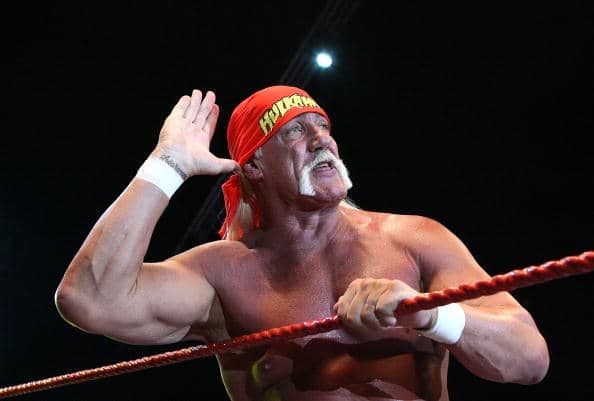 Everyone knows that wrestling on TV is fake, and if they don’t, then it’s about time to wise up. It’s entertaining for certain, but despite the staged hits, the fake feuds and the less than believable story lines, the industry is rather hard on the people that do their best to entertain the crowd. The stress of being on the road constantly, not being able to see one’s family that often, and having to perform night after night can wear on most anyone. The intense physical exertion that wrestlers go through to stay in top shape so that they can perform the death-defying moves that drive people wild is more than enough to be inspiring, but it is also enough that people should know just what lengths these performers go through to keep the people wanting more.

He wasn’t always the vile and conceited individual he appears as today, well at least not on camera. During his start in the WWF of his time, Hogan was an icon to many and a true American hero to his fans. If anything this wrestler deserves a spotlight on his life story just to see where he started going off the rails, so that people finally understand why he’s considered such a sleaze these days.

This is a man that actually feels bad for everything he’s put his family through, which is touching as well as inspiring. Foley has gone the distance in almost every match he’s ever been in, and has put his health and his body on the line for the fans. A film about what makes him tick and all that he’s been through to reach his legendary status would almost be a tribute to his legions of fans and a thank you to those that supported him.

Vince technically has a movie in the works so we’ll give him an asterisk.  Plus Vince is the owner of the entire company.  Still though, he’s been in the ring plenty of times and I’ll give him wrestler status.  Plus there’s no one in the industry like this guy. Whether you see him as a rather shrewd and calculating businessman that only sees the bottom line or a visionary that created something grand out of something fairly small, Vince is an icon in the industry. His story would no doubt be best served by showing just how he got his start and what it took to become the billionaire he is today.

The best there was, the best there is, and the best there ever will be is a grand statement, but it’s useful when describing this type of wrestler. Some might call him an idealist and others might just call him old school in his thinking and methods, but his story is a complicated tale. It would be best to show how he got his start, how he rose to fame, and how he is now dealing with the fallout of a magnificent career.

Latino Heat was a villain for much of his career, but went back and forth between being the heel and the babyface. Eventually it didn’t matter what he did, people simply loved him anyway. His untimely death left a lot of questions about his private life, which would be best explained by those who were closest to him.

There are many more wrestlers that deserve to be on this list. Those listed above however were and are the most influential within their industry, and should be given the spotlight and a chance to tell their story.