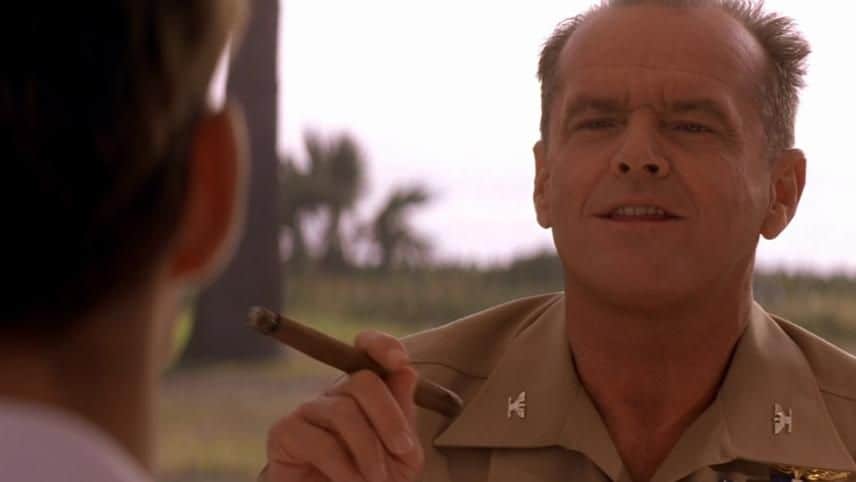 Just as there are great leaders in the movies, there are very poor leaders and/or bosses as well, since the balance of power and authority isn’t always bound to be taken up by someone that is all about preserving what’s right and wrong when it comes to one situation or another. But the worst leaders in the movies are often those that people would love to see removed, or in some cases might be better off on their own since their leadership skills might not be the worst, but they simply don’t want the job and try to stay away from it as much as possible. Some might say that these are the perfect people for the role of a leader, but that argument kind of falls apart very quickly when a character is seen to operate better on their own rather than being a part of a larger team.  With that in mind, here are some of the worst leaders/bosses in the movies.

I can just imagine the shock and outrage at this one since like it or not, Conan is not a leader, and the guy became a king of all things. Instead, Conan is a skilled fighter, brawler, and adventurer that belongs to the wilds more than he does to a kingdom. There’s no telling when we’ll see another Conan movie, or if we’ll ever see one, but it stands to reason that Hollywood will try to make him settle into a leadership role since they’ve done it before.

In the first movie, it wouldn’t have even been a question since she had no idea what was going on and no basis that could have helped her out. But even in the second movie she’s more like a feral animal at times and gets way too emotional, as she reacts instead of plans despite the preparations she’s made at some point. She’s definitely tough, but she’s a lone wolf, not a leader.

What’s really funny is that Palpatine made it clear that he’d foreseen just about everything that was happening, and yet it turned out to be a surprise when Vader grabbed him and tossed him down the shaft. Arrogance and leadership tend to be paired at some of the worst times it would appear, especially when one has a powerful henchman that used to be a seriously stubborn and willful individual.

One has to imagine that in a dream world that the smallest thing could cause a massive issue since when one is inside another person’s head it’s bound to happen that the host mind is going to find a way to eliminate or at least expunge the invading consciousness. The problem is that Hobbs brought his issues to work with him in a way that couldn’t be allowed, and yet he was the leader of the group.

To be serious, Claire would likely still be the face of a corporation in a real-world scenario, but in this instance, she would have been better off being the VP of marketing or something since her behavior under pressure wasn’t all that great, and her inability to listen to someone that could have given her a bit of great advice, as he was trying to, was kind of the undoing of the park. It might have gone up in flames anyway, but listening to someone that’s talking sense is unfortunately not the first inclination of those that are in charge.

This guy had a purpose and a reason for being in the position that he occupied, but his people skills were so horrendous that it’s not too hard to see why the cadets had little to no respect for him. He did provide a great role when it came to needing someone to hate, since to be honest it wasn’t easy to like him at all, and yet it wasn’t too hard to admit that he couldn’t have been removed that easily.

Gorman was just utterly useless, which was unfortunate since he was the commanding officer on this ride. With only two actual combat drops to his record, one could say that he was a bit of a greenhorn when it came to seeing action, and it showed when he came waltzing in to check out the ‘secured area’. But it really started to show when the crap hit the fan and his people were being slaughtered, since the guy froze up until he realized that Ripley was taking control, y’know, like a leader.

It kind of feels like Leonardo DiCaprio just isn’t leader material even if he takes up this role every now and then. He tends to act a bit too impulsive and isn’t really the trustworthy type when it comes to covering all of his bases or even making the most informed decisions. The main problem with this character is that he was out for revenge against the man that killed his father, and ended up being found out because of poor planning and a snitch that he overlooked.

If you’ve worked in an office setting it’s very likely that you’ve had your own version of Bill since there’s usually at least one of them. If not, then kudos to you for evading the dreaded talk about TPS reports. The truth is that Bill is one of the many guys that might have been ambitious when he came to the job, but after so long of settling into it he found his niche, being the laidback bully that somehow managed to find his way to the top of the business, which is still kind of a mystery in this movie.

There was a time when a guy like Colonel Jessup would have simply been obeyed and no questions would have been asked. But the old guard has been getting a wake-up call for a long time now since like it or not, things just aren’t done the same way as they used to be. But not valuing a soldier because he was weak is kind of hard to accept, especially since drumming him out of the service for one reason or another might have been a better option.