Home
Movies
Action
Why Jurassic World Is A Disappointing Reboot 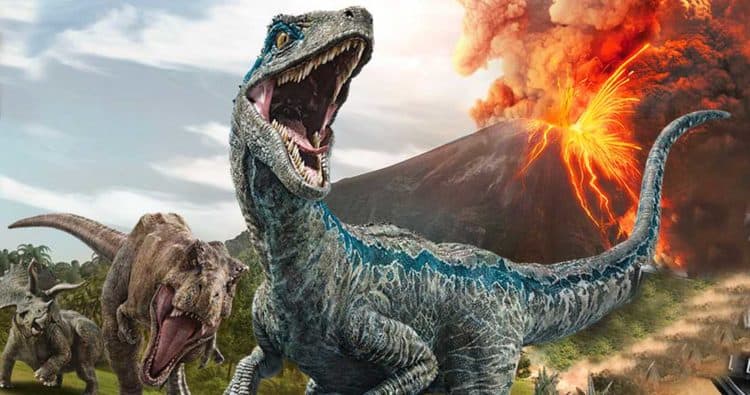 The world of Jurassic Park started back in 1990, where author Michael Crichton created the dinosaur novel that saw the book produce record sales. However, before the book became a smash hit in the stores, Universal pictures actually brought the rights to the novel and three years later, the live-action adaptation of Jurassic Park was born. Following a string of high critical praise that saw the film garner a strong 92% on rotten tomatoes, the dinosaur managed to capitalize on its hot momentum by amassing nearly $50 million on its first weekend. Since then, the original film has gone on to make a little over a billion dollars at the box office.

Of course, Hollywood is going to milk the hell out of this franchise so Universal created two more sequels, which weren’t the critical darlings as the first film; however, they still made bank at the box office. Following Jurassic Park III in 2001, the franchise went cold until 2015, where the property expanded on the world of Jurassic Park. This time, a new cast spearhead the new film, Jurassic World, starring Chris Pratt (Guardians of the Galaxy, The Tomorrow War), Bryce Dallas Howard (The Help, Rocketman), with original JP cast member BD Wong (The Normal Heart, Bird Box) apart of the mix.

This time, Jurassic World has been created into a luxury resort located off the coast of Costa Rica; however, the island becomes threatened when an Indominus rex escapes from its cage. Now, it’s up to a former military veteran and animal expert to use his highly trained skills to save the world from another prehistoric assault. The Jurassic World reboot was a big success as it pulled in over $200 million in its first weekend alone. Though the critical reception didn’t match the first Jurassic Park, the excitement for another installment was clearly there, with the film ending its run by making over $1.5 billion worldwide. While there’s no doubting the financial success of the Jurassic Park film, it doesn’t particularly mean that it was a good movie per see. Let me be clear, Jurassic World isn’t a bad film by any means, just a highly disappointing one.

Before I collectively tear down the remake, Jurassic World’s visuals and special effects are simply stunning. Going back to 1993’s Jurassic Park film, the Steven Spielberg vehicle holds up incredibly well in the visual effects department, so it’s not a big surprise that the 2015 reboot excels in that department. The imagery of seeing Owen riding a bike through the forest with a bunch of velociraptors is a visual treat. Also, the cast is charming and likable enough to carry the film. Chris Pratt is a nice presence as the lead, with the actor displaying the charisma and appeal that made him so popular on Parks and Recreation and Guardians of the Galaxy. He and Dallas Bryce Howard have some solid chemistry together, though Owen can come across as a smarmy douche at times. The kids in the film are fine. There’s nothing wrong with their performance overall, but given the little that we know about them, it’s hard to care too much about their characters. Yes, Colin Trevorrow tacks on sympathy so the audience can relate to their characters, but we need more than a sad backstory to connect with the humans on screen.

Despite slick visuals, decent-to-good performances, and cool dinosaurs, Jurassic World fails in the script department. The problem? The film is highly predictable and pedestrian at best. As previously stated, the script isn’t bad, but you can see the beats coming from a mile away. What’s worse is that the movie lacks the truly unpredictable nature that’s needed for such a film. Chris Pratt was fresh off his Guardians of the Galaxy stint so he was currently the hottest movie star in Hollywood at this time. Despite the constant threats, it was clear that he was being protected by plot armor. There was no way that Universal was going to kill off their biggest star in the franchise. However, that plot armor was clear around Claire, and the two kids as well. One of the main characters should’ve been killed off to give that “anyone could die” feel, but the movie drags along every time the core character escapes from danger. At the end of the day, Jurassic World plays it too safe. The film fails to take any true risks that could turn the franchise in an interesting direction. It checks off the necessary boxes for a solid script, but the lack of tension is what ultimately kills any sort of momentum.