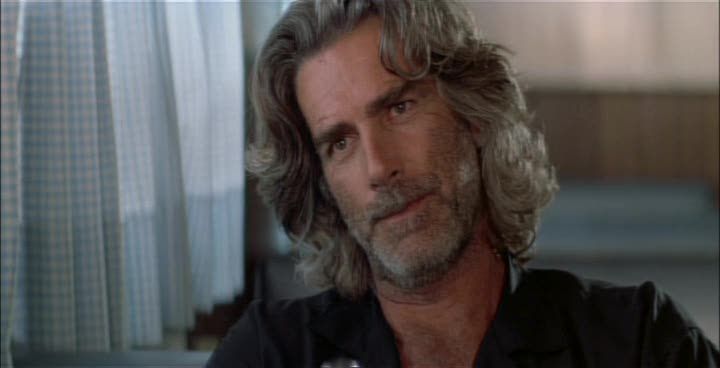 It’s amazing how a sidekick can get one over on the main actor in any action movie since a lot of movies tend to bring on some of the biggest stars they can find. But there are those times when the sidekicks have either already established their fame in a way that the main actor hasn’t, or are simply more forceful and convincing in their delivery. Then there’s the idea that the sidekicks, whether they last for the entire movie or not, are simply flamboyant or crazy enough to simply push past the main character and overshadow them in a way that one didn’t see coming. This has happened in pretty much every decade that one can imagine, and the 80s were no exception since there were a lot of action stars back in the day that could step onto the scene and be thought of as simply awesome. All of them have gotten pretty old at this point and even as sidekicks don’t really have the same punch to their acting style, but those that are still around are still highly regarded as having earned their spot as the great ones.

Here are a few examples of a sidekick overshadowing an action star in the 80s.

This is an easy one since some folks might say that no one could have possibly overshadowed the late, great Patrick Swayze. They might have been right about a lot of people, but not Liam Neeson. As Briar Gates, he was a big, surly fella that didn’t care much for small talk and was all about getting things done. Admittedly he’s kind of a jerk since he was blunt in his manner and didn’t exactly know what the word ‘finesse’ meant. But one thing that Briar knew how to do was get results, and for a guy that kept a bloody deer’s head in his fridge and had a general disdain for the city, he knew how to get around.

Kalidor is basically another Conan figure with a different name and a bit more finesse to him since Schwarzenegger was allowed to be a little more playful with this character as his interest in Sonja was obvious throughout the movie and set them at odds very quickly. But the thing is that Bridgette Nielsen wasn’t that great of an actress no matter how iconic this movie is. Seeing Arnold come into the movie was a sure sign that it needed a little bit more star power since a young Ernie Reyes wasn’t nearly enough to help out. The movie wasn’t all that bad really, but the fact that Arnold was there meant it would have been worse without him.

A person could say ‘poor Pyle’ all they wanted to and it would be easy to understand since this guy was brutalized. But that made him that much better since by the time his spirit was finally broken he’d become one of the main points of the story. But then, before anyone could fully accept that it was happening, Pyle had blown his brains out after killing his commanding officer. That was the end of his character in this movie, and Joker went on with his own story, but up until then it was no doubt thought that Pyle would be the constant butt of the joke and the person that people would pay attention to for a while.

This one isn’t hard to figure out since Christopher Lambert, no matter how much people might like him, couldn’t really match Sean Connery’s energy in this movie, as Ramirez was a well-traveled and exuberant fighter, while Connor was someone who was just learning what it meant to be an immortal. Ramirez met a pretty bad end to be certain, but up until his death scene, he definitely managed to overshadow Lambert on a regular basis. He even managed to do this in the second movie for the short time he was there since he was still about the same as he was in the first movie.

It might look like I’m picking on Patrick Swayze but that’s not the case. If anything it’s a testament to how great he was since it took such great names to really overshadow him for even a short amount of time. But Wade Garrett was a great character since he essentially taught Dalton everything he knew about being a cooler, which is a term you might not hear any longer since bouncer and head bouncer or security are more typical these days. But this movie was great thanks to Swayze, and it only got better thanks to Sam Elliott. Together they were a lot of fun to watch.

Sidekicks get to have their day too.