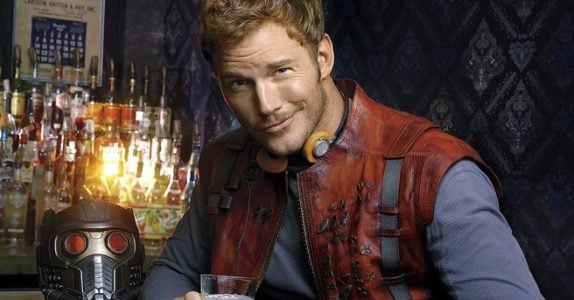 If you want to look at a guy that seems to have done a massive turnaround with his career then Chris Pratt would be one of the first ones you should look at. If you ever watched Parks and Recreation then you realize that Andy was a bit heavy and not in that great of shape. But when Chris started taking on roles for movies such as Guardians of the Galaxy and Jurassic World he slimmed down a lot and took on definition that made a lot of women drool just looking at him. It’s fair to say that they might not have done the same if he’d still been sporting a few rolls and extra pounds here and there since, like it or not, people are bound to be judgmental about what the heroic leads look like. That being said however he has claimed that he enjoys being in shape since the endorphins that kick in eventually make a person feel that much better about themselves at times.

Here are a few things you might not have known about Chris.

10. His nickname apparently is Monkeyboy.

There’s not a lot of explanation where he got the nickname or why but it does seem to have stuck and he doesn’t seem to mind it all that much. Nicknames are something that people tend to give out of affection or are picked up at a certain point in life and aren’t always negative but can be kind of endearing.

9. He and his ex Anna Faris both had bug collections when they met.

They actually combined their bug collections when they got together, which might seem kind of odd and even gross to some but touching to others. Hey, if you have a hobby you can share with another person then all the better.

8. Chris was working at an actual Bubba Gumps restaurant when he was discovered.

If you don’t know by now, there is such a place as Bubba Gumps, it’s not just a name made up in Forrest Gump. Like a lot of people Chris went through his fair share of jobs when he was still trying to get noticed by someone for his acting talents.

7. He worked as a male stripper at one point until his career took off.

This kind of makes one believe that he was in good shape before he took on the role of Andy in Parks and Recreation since strippers are notably known for being in good condition and don’t often get paid if they’re heavier than what might be considered normal for the job.

6. He’s a firm believer in just being yourself.

Chris doesn’t like to be fake around people and he doesn’t enjoy people being fake around him, though it does happen. Being yourself is a very broad phrase that can encompass a lot of different things in life, but it’s usually important to define just what the words mean to you and live by them as much as possible.

Good comedy encompasses the gags and jokes that you don’t see coming and aren’t able to fully prepare for. That kind of comedy can be kind of abrupt and even a bit off-putting at times, but at the very least it’s honest and able to elicit a laugh from those that catch on quickly.

4. He likes to blow off steam by singing obnoxiously loud in the shower.

There are worse ways to blow off steam after all, and this is one of those that’s a personal thing at least and is well away from anyone that might think he’s a little nutty for choosing such a method to relieve his stress.

3. When discussing his marriage to Anna Faris he believes that he married well above his station.

It doesn’t seem that he has an inferiority complex, instead it seems as though Chris really can’t understand how he met and married a woman like Anna Faris, who is quite lovely and seems like a very nice person.

His biggest concern is getting work so he doesn’t worry too much about being cast as the same type of character over and over since the work is more important than anything else. This is a great philosophy since a lot of us would love to be able to diversify in our jobs, but we know very well that getting the job itself is the more important aspect.

1. He wanted to be a stuntman when he was a kid.

Chris was an athlete when he was younger and as a result he was a very physical person that could withstand a lot when it came to physical impact, but as the years went on he started leaning more towards acting than stunt work.

However you feel about the guy he’s proven that he’s a real talent and is capable of hanging with the elite crowd.