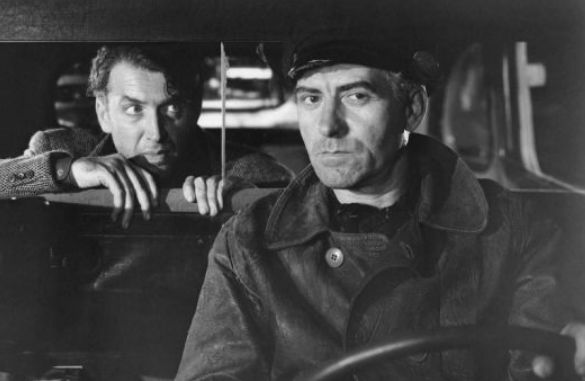 Apparently it’s not such a wonderful life since some folks seem to say that It’s a Wonderful Life is a straight up horror flick. That sounds odd to a lot of people and it does to me as well since I always thought it was something meant to show a person just what might happen if they’d never been born. Maybe I need to watch the film again. I can fully admit that the alternate time line that he was shown was pretty messed up, as was his life before he even wished he had never been born. But there was a ray of sunshine at the end, a little bit of hope that could at least pull him out of the hell his life had become. Right?

Otherwise the poor guy’s life was Murphy’s Law on a repeating loop. He lost part of his hearing while saving his brother, he stops a pharmacist from accidentally poisoning someone, he gives up a life spent having fun to take over the family business after his father dies, and he has to give up just about everything in order to keep the business afloat. Yeah, this guy has it rough, and one of the worst parts is that it never seems to get better since he has to continually contend with an addle-brained uncle that can’t keep things straight, a wealthy man that wants to make his life miserable, and a life that never seems to shine anything other than a rain of constant punishment down on his head. That’d make anyone want to think about pulling the plug on an otherwise untenable existence.

No one wants to keep going through life without anything to look forward to. It’s depressing, it’s belittling, and it’s enough to make anyone want to do something drastic. But thankfully for George he has a guardian angel that wants to show him just what it would be like if he’d never been born. And then things get SO much worse. His brother never goes into the army because he doesn’t survive childhood. His father’s business goes under because he’s not there to save it, the pharmacist does hard time for manslaughter, the wealthy man takes over the entire town and makes it absolutely miserable and his uncle is institutionalized. Things get a WHOLE LOT worse in this time line since he wasn’t there.

But the fact remains that he desires to go back, which means that Clarence gets his wings and eventually George is bailed out by the townsfolk and he and his family reunite as he finds that he has finally discovered just much good he really does in his life. It’s hard to see just how good life is when you’re being used as a doormat but if you can turn yourself around a bit and realize just what kind of support you’re really offering those that depend on you then you might be surprised. So I’d call this a horror story with a happy ending.