Home
Movies
Why Is Dumbledore’s Sexuality Being Kept from the Big Screen? 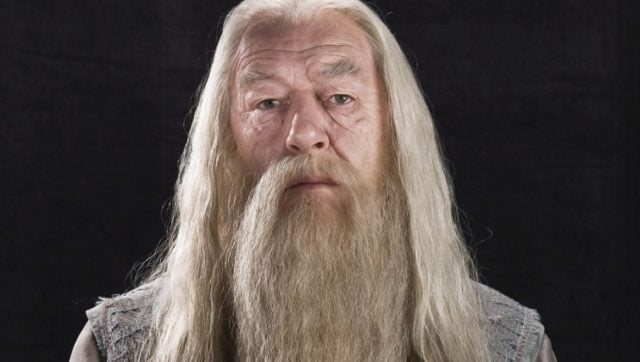 Fans of the Harry Potter series should be familiar with the fact that Albus Dumbledore was gay. After all, the reveal made the news when it was made, which should come as no surprise considering how popular the series is. At the time, a lot of people welcomed the news because they felt that having such a positive character be gay would help increase the acceptance of the LGBTQ community by broader society. In contrast, other people had somewhat more cynical interpretations of the nature of the reveal, feeling that it was welcome but that it should’ve been made clear in the text itself. Whatever the case, it was made very, very clear that Dumbledore was gay, which in turn, makes it very, very odd that Dumbledore’s sexuality won’t be made clear in the Fantastic Beasts: The Crimes of Grindelwald.

For those who are curious, Dumbledore will be playing an important role in Fantastic Beasts: The Crimes of Grindlewald, which will see him going up against Grindlewald with the help of Newt Scamander. As a result, this seems like the right movie to put some focus on Dumbledore’s sexuality, seeing as how that had a fair amount of impact on the exact nature of his relationship with Grindlewald. After all, Dumbledore had something of an infatuation with Grindlewald when the two were still friends, which contributed much to his sense of horror when he turned away from their path while his friend continued to pursue it.

However, the director David Yates has revealed that Dumbledore’s sexuality won’t be stated on the screen in Fantastic Beasts: The Crimes of Grindlewald, stating that there was no need for it because the fans of the Harry Potter series are already well-aware of the fact. Something that is particularly curious because Yates has acknowledged the importance of Dumbledore’s sexuality when it comes to his complicated relationship with Grindlewald. Regardless, there are a fair number of fans who are outraged by the statement, with some even going a step too far by sending abusive messages at the people involved with the making of the movie.

Why Isn’t Dumbledore’s Sexuality Going to Be Mentioned in the New Fantastic Beasts Movie?

There are a number of potential explanations for why Dumbledore’s sexuality won’t be mentioned in the upcoming Fantastic Beasts movie. For example, it is possible that the people behind the movie are hesitant to show Dumbledore as being gay because that might impact the reputation of the Harry Potter series as a whole, which is not wholly unreasonable considering the number of right-leaning groups that screamed about the reveal of Dumbledore’s sexuality when it was first made. With that said, it should also be noted that J.K. Rowling has made comments in the not so distant past suggesting that it will take time to tell the full story of the relationship between Dumbledore and Grindlewald, which makes sense when the Fantastic Beasts franchise is expected to consist of five movies in all. As a result, it is possible that while Dumbledore’s sexuality won’t come up in the second movie, it is something that will be explored at length in one of the later installments. Whatever the case, time and time along will tell all tales.